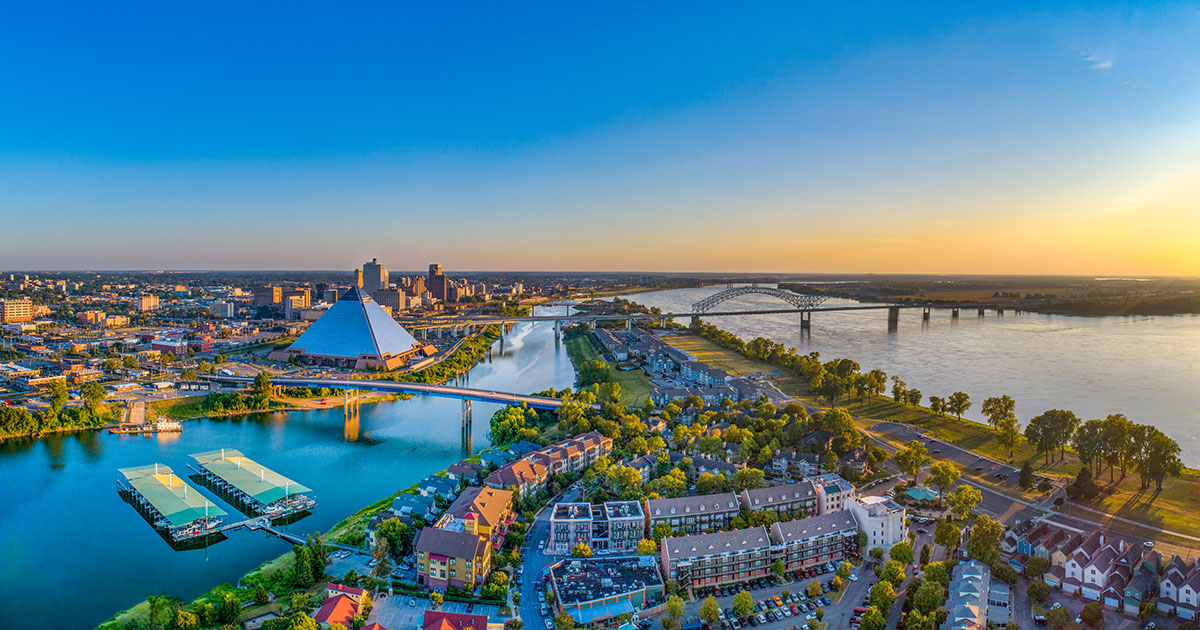 Tennessee is being overwhelmed by global public/private partnerships that are pretending to be green while, in truth, they are damaging to the environment and their real purpose is to redistribute middle class wealth.

Earlier this year, local activists in Tennessee, along with Mississippi and Arkansas, fought off the GlobalPublic/Private Partnership (GPPP) of “RegionSmart Development District that would cast a net of control over portions of all three states. Now we are looking at another big GPPP incursion into the Volunteer state. Ford announced that it is building 3,600-acre ‘campuses’ called cities that will be “the home of 6,000 new jobs and will be total carbon neutral by the start of production.”

“The first of the investments is a new $5.6 billion “mega campus” in Stanton, Tenn. It’s going to be formally named “Blue Oval City,” because it’s literally going to be as big as a city. The complex will comprise 3,600 acres — almost 6 square miles. Ford plans on using it for vehicle assembly, battery production and a supplier park. It will be the home of approximately 6,000 new jobs and will serve as “a hive of technical innovation” to build next-gen electric F-Series trucks. Ford says it will be a vertically integrated system and feature numerous sustainability solutions and use renewable resources. The goal of the plant will be total carbon neutrality by the projected start of production in 2025.”

It’s going to be interesting. Let’s start with the total carbon neutrality. So, all the harmful effects from Electric Vehicle (EV) production occurs before the materials enter Blue Oval City. Yes, let’s let other countries deal with the carbon issue – and the issue of human rights abuses and environmental degradation associated with the mining of the minerals and other materials necessary for EV batteries?

Now, let’s look closer to home. 3,600 acres. I am guessing that those acres are not in brownfields. Nope, according to Delta Farm Press, the Ford plant will occupy “a large footprint in the heart of Tennessee’s row crop production area. Haywood County produces more cotton than any other county in the state and is near the top of the list for soybeans and corn.” Forgive me for being so petty, but right now – with the decimation of farm and ranch lands, with the food production plants being burned to the ground across America – I think we Tennesseans will have a hard enough time purchasing food, and I for one, cannot afford (even if I wanted) to purchase an Electric Vehicle.

The Carbon Capture Pipelines in the five Midwest states are going to be stealing a lot more land and the Global Public/Private Partnerships behind this project are hoping that the farmer-owners of the land will willingly cede their land for a few tokens – or the land will be “taken” from them by eminent domain. Will that be the case in Tennessee, too, if the landowners are not willing to sell? Just asking.

Obviously, that early tool of asymmetrical warfare the global elite used to great effect – environmental destruction – no longer matters. According to them, we were supposed to be “saving” the rural and suburban areas of the country to protect the environment and its non-human occupants. Blue Oval cities and the Carbon Capture Pipeline do the opposite – they destroy perfectly good arable land.

Maurice Strong, forerunner of George Soros, as the grand poobah of environmentalism and the new world order said, “Current lifestyles and consumption patterns of the affluent middle class…involving high meat intake, consumption of large amounts of frozen and convenience foods, ownership of motor vehicles, golf courses, small electric appliances, home and work place air-conditioning, and suburban housing are not sustainable…”  Note: the elite who control and spend far more than all the middle and lower classes combined are not the problem here. In fact, they are the solution, because soon they will rid the world of the other classes. So, what are we to believe – that we need to protect as much land as possible from human use or should we emulate the elite and tear up the earth for our pet projects – four-wheeling, rodeos, and stockcar racing – because we know that CO2 is not the problem, so we will work to make more of it? Moving on.

U.S. Secretary of Transportation Pete Buttigieg announced an award of $64 million for three Tennessee infrastructure projects from the Rebuilding American Infrastructure with Sustainability and Equity (RAISE) program. In my humble opinion, I think it should be the Raze program as it is helping the Global Elite and the New World Order destroy America.

According to the U.S. Department of Transportation, the RAISE program was made “to help urban and rural communities move forward on projects that modernize roads, bridges, transit, rail, ports, and intermodal transportation and make our transportation systems safer, more accessible, more affordable, and more sustainable.”

First, look at the “Complete Streets and International Traffic Signal (ITS) Traffic Signal Coordination Project” that has been invading nearly community in the nation.

What are “Complete Streets” projects? Let me quote from the American Policy Center’s Activist Handbook, p.84.

“Heartland 2050 includes the program called the ‘Complete Street’. That is an edict that cars must share the road with bicycles.  It calls for ‘Traffic Calming’, which means large speed bumps placed in the center of residential streets that make driving a very unpleasant experience. (planned) In addition there are traffic circles that are menaces to emergency equipment as well as the normal driver. Across the nation, through smart growth plans, communities are now building residential apartment buildings without parking. It’s all designed to discourage interest in driving so that residents use bikes for short trips or public transportation, including light rail trains.”

“One of the leaders of this project said, ‘What we are trying to do is see equity of public space. When you build your streets for cars you’re actually building in the expectation that people are going to have cars.’ So, if you stop having streets, obviously people will stop wanting cars.’” It goes on, but you should ‘get’ the picture by now.

The global elite want us to stop building streets; actually, they want us to quit driving cars. EVs are just the next – incremental — step in that direction. Look at California this summer – officials telling people not to plug in their EVs to recharge them because of the power shortages. Do you want to buy into that? Just saying.

The other two projects are 1, to replace a bridge in Chattanooga so a 12.5-foot wide multi-use (bike and walking) path can be added to the edge, and 2, re-engineering the intersection of U.S. Highway 127, redesign right-of-way to include bicycle lanes and ADA-compliant pathways as well as vehicle lanes, stormwater runoff management, new curb and curb cuts, a new network of pedestrian walks, crossing points, pedestrian bridges and amenities, ITS infrastructure, and wireless broadband throughout the corridor. As we are inundated with news stories about “the coming food catastrophe” and “a global food crisis”, our tax dollars are being spent on bike paths, ‘pedestrian bridges and amenities”. Did someone forget to tell our ‘esteemed leaders’?

Why the “attack” on Tennessee? Yes, I’ve seen this as an attack – to redistribute wealth, to destroy farmland, to tear up streets, to get us out the suburbs – to have more control on us. Well, as a Tennessean, I think we are smarter than those pushing Smart Cities, Smart Cars, Smart Growth, Smart meters, and on and on. But we are not alone, every state is being attacked, even red states.

It is time to say no to the Newspeak version of Smart. It’s really stupid to destroy what the Industrial Revolution built. It is destroying our civilization and eliminating the moral compass.

It is taking us back to savages – what else would you call those in Antifa and Black Lives Matter? Those who would control the world by eliminating 90% of us. Those who believe the Rule of Law means “he who holds power at the moment makes the law.”

Let’s not go there.

Let’s, instead, take back our counties and begin to rebuild with moral humans in mind.