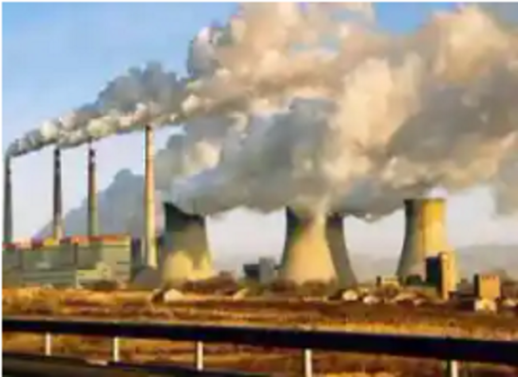 China is ramping up the coal-fired capacity to pollute the world while the West destroys their economies.

China is allegedly going to peak its fossil fuels by 2030 and achieve carbon neutrality by 2060.

They have a lot of “solar potential,” reports said. They have until 2060 to do it, which means they can do it in a reasonable length of time.

China plans to build 450 gigawatts (GW) of solar and wind power generation capacity [about 450 nuclear plants, roughly] on the Gobi and other desert regions, the chief of the state planner said in March, as part of efforts to boost renewable power use to meet alleged climate change goals. They already installed 306 GW of solar and 328 GW of wind capacity but they are sticking with coal.

President Xi Jinping has pledged to bring China’s total wind and solar capacity to at least 1,200 GW and to cap its carbon emission to a peak by 2030. So, they are going to bring the peak up for the next 7+ years. That will be some peak.

We must demand to see the feasibility of a replacement energy system in action before we let the politicians in charge destroy what we have. Does anyone believe President Caligula knows what he’s doing?

Wind, solar, electric system alone is not feasible, and to think it can be done in the short term is most idiotic.

Where are they going to store all this energy when solar and wind isn’t working because the sun isn’t shining, and the wind isn’t blowing? You certainly can’t store hydrogen. What about disposal? There seems to be no plans for that. And what about cost?

There has never been a workable prototype system for even a small town that achieves net zero emissions with only wind, sun and storage. None! 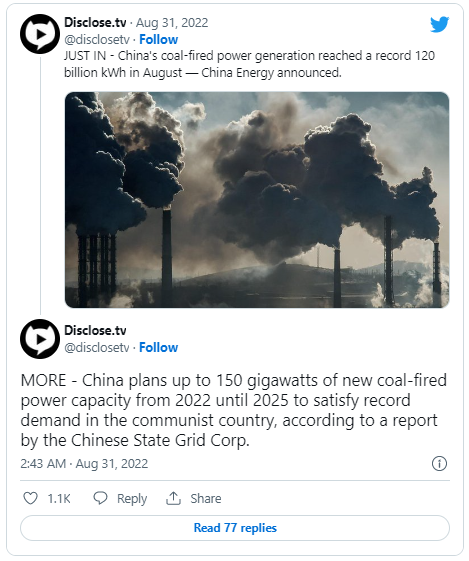 The lady doing the GM demo in this clip seems proud of their “clean energy” car that relies 95% on coal.  Sadly, the woman informing the observers about the car had no clue. 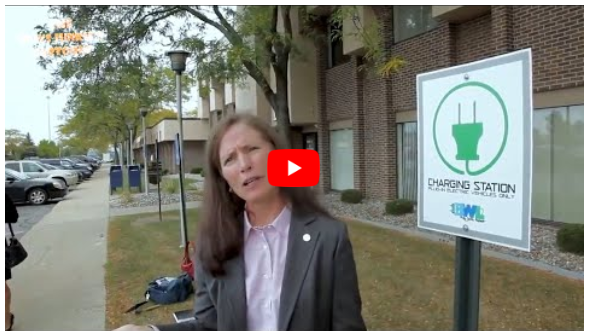 THIS IS A HOAX

It might be feasible in fifty years or so. But, the infrastructure has to be set up in a logical manner.

Right now, we are sending our energy system to China. How do you think that will work out? They have control of the rare minerals.

In an article at Watt’s Up With That, Paul Dreissen offered some facts to ponder about the absurdity of all this.

We excerpted it here

Wind and sunshine are certainly clean and renewable. However, harnessing this widely dispersed, weather-dependent energy to meet huge and growing US and global energy needs requires millions of wind turbines, billions of solar panels, billions of battery modules, and thousands of miles of new transmission lines that need enormous quantities of metals and minerals, which are absolutely not clean, renewable or sustainable.

How many tons of metals, minerals, ores, and overburden will be required overall for wind turbines, solar panels, battery modules, transformers, and transmission lines in an all-electricity Green New Deal economy? How much fossil fuel energy to do all this work? Where will the mining, processing, and manufacturing take place? (Alaska, California, and Colorado? Or China, Russia, and Africa?)

How much environmental destruction, and child and slave labor, will be involved? What will these materials cost, as demand surges? How much land and wildlife will be impacted by the mining, factories, and industrial wind, solar, and battery installations as far as the eye can see?

Proponents of The Green New Deal has not a clue and they don’t care as the author writes. They will make us pay but they won’t.

If you want to see the US total reliable on Russia and China, this would do it.

The Destructive Ideology Is Everywhere

Democrats have control of media, academia and federal agencies. They have infested them with this corrupt ideology run by their cronies who will fund their campaigns.

Dreissen adds: The US Senate “Billionaires’ Club” report, Environmental Policy Alliance’s “From Russia with Love” analysis, articles by investigative journalists Ron Arnold and Lachlan Markay (here and here), and studies by the US National Intelligence Director and US House Science Committee provide extensive, disturbing details that Democrats in Congress and the Administration have ignored.

We can’t stop this. Common sense will not prevail because it’s an ideology and it’s about power.