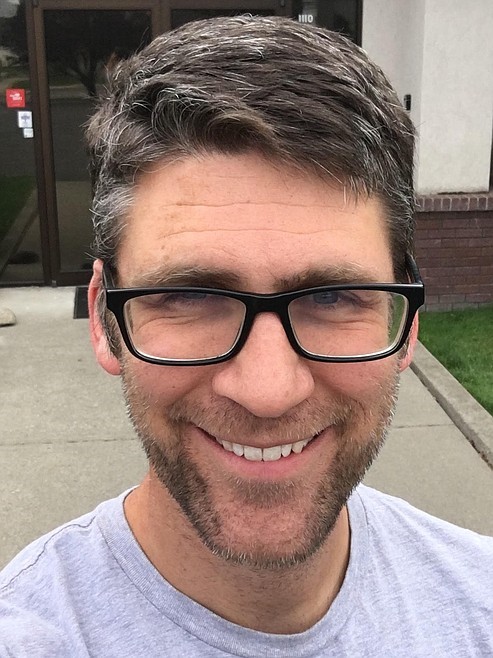 The CDA Levy was defeated on a virtual “tie” vote because the failure to get the required 55% of the vote.  The attached article tells of the means the school board and administration will go to sneak a tax through.

Run the election the week before Labor Day in hopes the electorate will ignore the vote.  Will cost the county a minimum of $60,000 to hold the election.  As a percent of the budget maybe no big deal……but enough to hire another deputy…or give some benefit to law enforcement.   Then, as insurance, bribe the teacher’s union with another 1% raise if they get family and friends to tip the election their way.

A question taxpayers should ask, if the contract negotiations are settled and union is satisfied why are you giving more money to buy votes?  The district did not disclose this in their appeal.  The Press certainly didn’t mention with their “in depth” reporting.  You had to pick that tidbit up in the story earlier about the contract being approved in the Press.   The “deep state” is present here at the local level.

No mention of the school board meeting the last two years where parents were begging the board to open schools and do away with the mask mandates.  The media never reported that the Lakeland District had normal school years that past two years….no masks….normal schedule…no Zoom…..no drama.  CDA district lost 10% of students the fall of the 2020-21 school year.  Now they try to sneak in a vote, they know they are in trouble.

The analogy is right in front of eyes now.  Governor Little, who rejected any special sessions with legislature in control during the “pandemic”, is now excited to spend more money to bring back the legislature controlled by lame duck cronies.  Before the conservatives who won election show up in January Brad has a “take it or leave it” option to give a huge windfall to the education lobby.  We need to stop all of this!

The parents and the people spoke up in the Coeur d’Alene district on August 30th.

The entire state needs to speak up this week.  Seeing a lot more Bundy signs in the Panhandle, no Little signs.  If enough votes go to Bundy, ….Little only gets plurality…….

Could we end up with a Democrat as Governor.  Wait, I repeat myself, we have two,Democrats in the race. Bundy might be only choice.

The Coeur d’Alene School District and Coeur d’Alene Education Association are in agreement regarding teacher contracts for the 2022-2023 school year.

Board trustees on Monday approved the agreements proposed and settled on by the association and school board teams, which participated in four interest-based bargaining sessions from May through when tentative agreement was reached Wednesday, July 6.

The vote was a unanimous 4-0. Trustee Allie Anderton was absent.

“We’re really appreciative that they respected the process,” Coeur d’Alene Education Association President Aaron Hayes said after the board approved the agreements. “The negotiations teams on both sides worked really hard.”

The contract will give teachers a 3.25% salary increase, with another 1% increase possible contingent on whether the Aug. 30 school plant facilities levy is approved by voters. The levy will not fund teacher salary increases, but will free up existing deferred maintenance, security and tech funds in the existing budget to pay for salaries.

“That would allow the school district to shift some of the funding that is now coming out of general fund and goes to things like building maintenance and safety upgrades,” district spokesman Scott Maben said. “That would free up money in the general fund to pay teachers more.”

Hayes said this showed the teachers the district was willing to give as good of projected pay raises as it could afford.

“I think a lot of teachers were happy to see they did that,” Hayes said. “That was the potential final thing that brought us to agreement.”

The 3.25% raise will accompany an increase in how much teachers receive for master’s degrees and career and technical education to $3,000 and $2,500, respectively. Maben explained the state gives the school district $3,000 a year for every teacher who has master’s degrees, but many school districts give a portion to those teachers and the rest goes in the general fund. The education association went to bat for those teachers, who will now receive all of that funding.

“We were initially not very happy with the offer of 3.25%,” said Hayes, who observes but does not actively participate in the negotiations between the teachers’ union and the district teams. “The way the state had increased their funding, we felt they’d be able to do more. What we finally came to agree on is that the other ancillary work environment agreements that we came up with are very good.”

Coeur d’Alene School Board Vice Chair Casey Morrisroe, who has participated in negotiations for seven years, thanked Trustee Lesli Bjerke for participating in her first year.

“I’d like to thank Lesli, who was in there last week when I was out of town and got the deal closed. I told her she volunteered for next year because she closed when I couldn’t,” Morrisroe said. “Glad we were able to go this route and reach an agreement.”

This decision comes about a month after the board voted to give classified employees a 7% pay raise.

“Everyone voiced high interest in trying to better compensate some of our lowest-paid employees,” Maben said. “Those are the positions that have been so hard to fill and keep filled — bus drivers, custodians, office staff, School Plus workers. They’ll get a nice little increase.