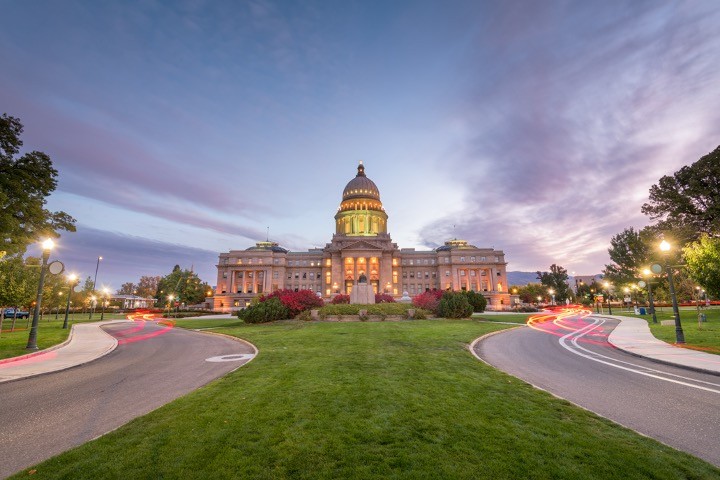 In a split decision, the Idaho state Supreme Court ruled on Friday that the state’s near-total ban on abortions may take effect, along with the state’s “heartbeat” law. The abortion ban (with narrow exceptions for rape or incest) will become effective in 10 days, while the heartbeat bill became effective immediately.

The state’s highest court ruled that the civilian enforcement part of the heartbeat law is also effective immediately. That provision allows relatives of the fetus or embryo that was murdered in the mother’s womb to sue the abortionist and his or her staff. If convicted, those parties could be fined up to $20,000 and/or serve up to five years in prison.

Abortion provider Planned Parenthood, along with a local abortionist, brought the suit against the state of Idaho, the speaker of the house, and the president pro tempore of the Senate, along with the entire Idaho state Legislature. It was filed three days after the Supreme Court of the United States made its landmark decision in Dobbs v. Jackson Women’s Health Organization on June 24.

That ruling reversed the high court’s previous decisions in Roe v. Wade (decided in 1973) and Planned Parenthood v. Casey (decided in 1992). The court ruled in Roe that the 14th Amendment to the U.S. Constitution provided a “fundamental right to privacy” that protected a pregnant woman’s freedom to abort her unborn child. The decision in Casey upheld that alleged right.

Following the reversal, the Idaho Supreme Court noted that what the “petitioners [Planned Parenthood and the abortionist bringing the suit] are asking this court to ultimately do is to declare a right to abortion under the Idaho constitution when — on its face — there is none.”

This is the same flaw that ultimately tripped up Roe and Casey: nowhere in the federal Constitution is abortion even mentioned. And the 10th Amendment specifically reserves to the states the power to make decisions on issues not mentioned — nor powers granted to the federal government — in the Constitution.

[E]ven if Petitioners have carried their burden of demonstrating that irreparable harm will flow from immediate enforcement of the [state’s] Total Abortion Ban, this alone cannot permit the extraordinary remedy Petitioners seek….

As noted in our June 30, 2022 order, the United States Supreme Court’s decision in Dobbs has “altered the landscape” of long-standing federal constitutional law.

In Dobbs, the Supreme Court held that the United States Constitution does not explicitly or implicitly contain a right to abortion and returned the “profound moral question” of abortion to the “people and their elected representatives.”

To emphasize the point further, Justice Brody quoted from that monumental Dobbs decision:

The Constitution makes no reference to abortion, and no such right is implicitly protected by any constitutional provision, including the one on which the defenders of Roe and Casey now chiefly rely — the Due Process Clause of the Fourteenth Amendment.

That provision has been held to guarantee some rights that are not mentioned in the Constitution, but any such right must be “deeply rooted in this Nation’s history and tradition” and “implicit in the concept of ordered liberty.”

The issue of abortion is one of life and death, a “profound moral question” that the Constitution doesn’t address. Said the U.S. Supreme Court:

The Constitution does not prohibit the citizens of each State from regulating or prohibiting abortion.

Roe and Casey arrogated that authority. We now overrule those decisions and return that authority to the people and their elected representatives.

The issue isn’t settled yet, though, as the Biden administration is suing Idaho over its pro-life laws. And other states with similar laws that became effective following the Dobbs decision, including Wyoming and Louisiana, are being sued by Planned Parenthood. So, the issue remains unsettled and will likely remain so until the moral side of the issue is resolved, and the culture of death is excised from the body politic.

But for Blaine Conzatti, president of the Idaho Family Policy Center, Friday was a day for celebration:

This is the day that the pro-life movement has worked towards for decades!

Precious children with beating hearts now finally have legal protection in the state of Idaho — and to God be the glory!