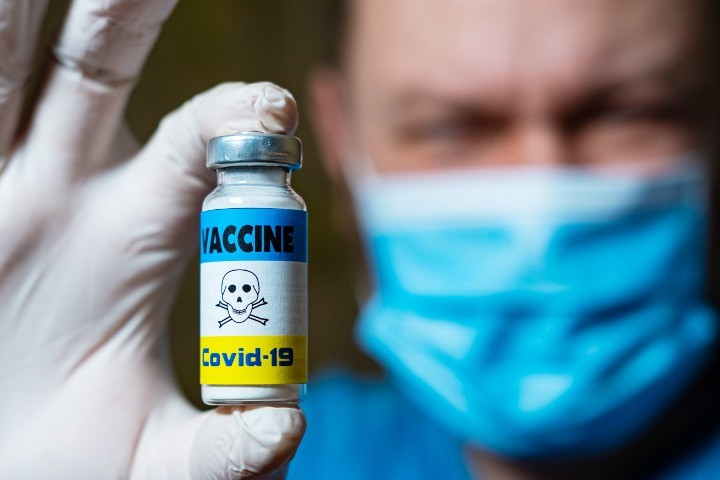 The United States federal bodies responsible for the nation’s healthcare policies keep turning a blind eye to the devastating number of deaths and injuries associated with experimental gene therapeutics against Covid, aka Covid vaccines. All severe reactions to the shots are proclaimed “rare.” Steve Kirsch, California tech entrepreneur and founder of the Vaccine Safety Research Foundation (VSRF), has estimated that the shots have left as many as five million Americans unable to work, 30 million injured, and more than 750,000 dead, as of June 24, 2022.

According to the latest survey conducted by Pollfish on behalf of the VSRF, vaccines are associated with a very high number of adverse reactions, including lethal and life-altering ones. That means that the vaccinations should be halted immediately.

Our latest poll is devastating for the official narrative:

He went on to remind that, according to the official data, more than one million Americans have died “from COVID,” even though it is unclear whether Covid was the primary cause of death, since Rochelle Walensky, the director of the U.S. Centers for Disease Control and Prevention (CDC), admitted in January that 75 percent of Covid deaths occurred in people who had “at least four comorbidities.”

This survey indicates that over 750,000 people died from the vaccine…. Surprisingly, the ever-vigilant CDC hasn’t found anyone who has died from the mRNA vaccines. Not a single person. So that’s a gap of 750,000 people. That’s a big gap. Someone isn’t telling you the truth.” [Emphasis in original.]

Presumably, Kirsch is being sarcastic, calling the CDC “ever-vigilant” in light of last week’s report revealing that the agency has not been analyzing its own database,  the Vaccine Adverse Event Reporting System (VAERS), specifically designed to detect safety signals for the vaccines.

The other key takeaways from the poll include the following,

Regarding the poll methodology, it is noted that 500 people participated in the survey and were selected entirely at random. With a 500-sample size, the results can vary by a factor of 2 or more, so the VSRF is planning to re-run it with a larger sample size of 8,000 participants.

“But even if the rates in this survey are off by a factor of 10, these results are still devastating,” observed Kirsch.

According to OpenVAERS.com, between the vaccines’ rollout for the general public in April 2021 and June 17, 2022, VAERS had received a total of 1,307,926 reports of adverse events associated with Covid shots. Of them, 29,031 were fatal. In 164,324 cases, the vaccinee required hospitalization, and 54,306 people were left permanently disabled as an alleged result of the Covid shot. According to the CDC’s parent entity, the U.S. Department of Health and Human Services (HHS), VAERS reflects only a “small fraction” of all adverse reactions to vaccines and “varies wildly.” Kirsch estimates the underreported factor is 42.

Even the sheer number of adverse events that are potentially linked to the vaccines is far more than enough for the decision-makers to halt the campaign until a thorough investigation is done, according to the latest report from the World Council for Health.