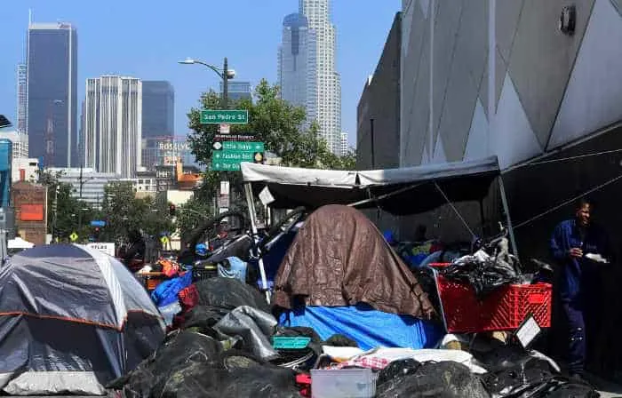 The BOS has a recall process they can use.

They’re overriding the voters, and they are interfering in the election. He is up for reelection this November.

The BOS is enraged because he cleaned up the filthy, dangerous homeless camps. They are trying to remove him for cause. In this case, the cause is him doing his job.

Villanueva, a Democrat, criticized the Black Lives Matter movement, an antii-police hate group, and opposed efforts to “defund the police.” He refused to enforce draconian coronavirus restrictions on local businesses, resisted vaccine mandates on his officers, and blasted the supervisors for the county’s problems with homelessness.

I’M SHARING A COPY OF MY STATEMENT NOW THAT THE @LACOUNTYBOS VOTED TO ADOPT AN ORDINANCE CALLING FOR A SPECIAL ELECTION TO GIVE IT THE AUTHORITY TO REMOVE THE @COUNTYOFLA‘S #SHERIFF. I WAS THE DISSENTING VOTE. PIC.TWITTER.COM/DK8FCIVWFF

DEMOCRATS HAVE FAILED THE STATE CALIFORNIA CATASTROPHE’S LIKE THIS ARE WORSENING EACH DAY ALL OVER THE STATE DO NOT EVER VOTE FOR A DEMOCRAT OR THIS WILL BE YOUR STATE. PIC.TWITTER.COM/65OGJUVRLF