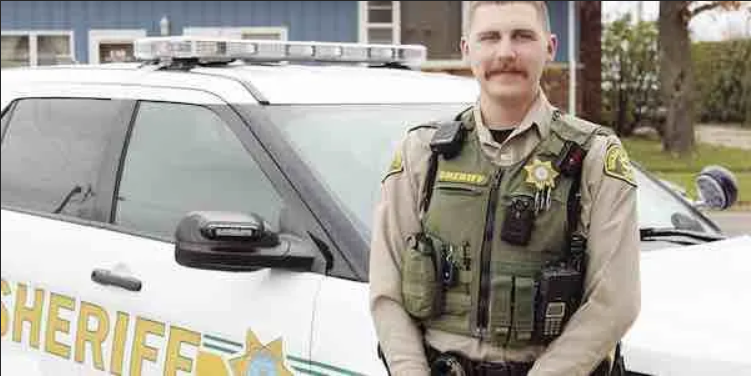 Education system is severely damaged and individual County Sheriff departments are in the unique position to help repair what is broken there too. Let’s put our secret sauce to work!

Sheriff Richard Mack of Graham County, Arizona, and Sheriff Jay Printz of Ravalli County, Montana, took on the unfunded mandate known as the Brady Bill, where the U.S. Congress tried to impose a requirement for local law enforcement to enforce federal administrative law.  Because multiple states were involved, it progressed rather rapidly through the federal court system.  The Supreme Court found this to be a violation of the 10th Amendment, and Congress has no such authority.

Most people in America don’t know that the County Sheriff is the Chief Law Enforcement Officer in each and every county in America.  No other law enforcement agency (local, state or federal) is superior to the County Sheriff in his/her county.  For this reason, the Sheriff has a lot of latitude to challenge not only the federal government, but local governments as well.

As I am writing this, there are a number of Constitutional Sheriffs across the country who are investigating local elections in regard to the 2020 general election as well as subsequent elections based on the type data provided by Dinesh D’Souza’s “2000 Mules” movie revelations.  It appears these sheriffs feel that if the technology used was good enough for the January 6th investigation, it is good enough for their investigation.  It is extremely encouraging to finally see some law enforcement agencies taking on election integrity since it is a critical issue, heretofore, ignored by state and federal officials.

Earlier I used the term Constitutional Sheriff.  In theory, the elected position of sheriff is a non-politically non-partisan position.  However, in reality, the Republican and Democrat political machine are usually involved in these elections at some level.  To think that there isn’t some level of political agenda involved would be naive. For the most part, the state and federal executive and legislative branches of government have been so fouled by corruption that a major overhaul will be needed to fix them.  I hope that there is still a Constitutional mind set in the majority of sheriffs around the country.

I have another task that I think warrants the attention of the County Sheriff because it is being ignored by everyone else.  That is the child abuse going on in our public school systems nationwide.  Although the perpetrators have been careful and may not be crossing the line of sexual child abuse, I suspect in most states they are in violation of general child abuse statutes.  I believe the County Sheriff is an appropriate official to look into this at the local level.

Iam not sure formal legal cases are necessarily the answer to the problem due to the burden it might put on the legal system.  Instead I like Hudson, Ohio, Mayor Craig Schubert’s solution; give the perpetrators the choice of resignation or face criminal prosecution.  All those who are in the education system allowing sexually inappropriate material as part of school curriculum must be removed (school board members, school administrators, school librarians, and teachers) or be charged with child abuse.  Any school personnel who are allowing or encouraging children to participate in sex identity activities, particularly without parental consent, are engaged in child abuse and child endangerment.  Any school personnel encouraging or allowing children to have medical procedures without parental consent are engaged in child abuse and are assuming parental rights, which they do not have.

I would also urge sheriffs who look into the above child abuse to also examine the general school curriculum to see if they are using the racist Critical Race Theory material so many schools have adopted.  Such propaganda is just another version of child abuse.

If a sheriff engages in action against one or two school systems in his/her county, the other schools will get the message and clean themselves up.  Trust the schools to do that, but verify on an ongoing basis.

The County Sheriff has a unique function in America.  That is America’s secret sauce. They can and should be another check and balance against the misuse and abuse by local governments.  Each sheriff has sworn to protect and defend the United States Constitution as well as his/her state constitution.  Civilization in America is collapsing in lawlessness and abuse of our children and the County Sheriff is in a position to do what the legislative and executive branches won’t do, start fixing what is broken.