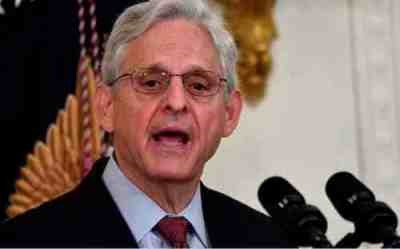 The Department of Justice sued Idaho on Tuesday challenging what they call Idaho’s near-total ban on abortion. They claim it would criminalize doctors for performing abortions during medical emergencies.

The bill allows abortion in cases of rape, incest (reported to law enforcement), and the mother’s life (with a doctor signing off). The DOJ alleges that it does not protect doctors who abort a baby to protect a woman’s health.

Idaho’s law is set to take effect on Aug. 25 after the Supreme Court overturned Roe v. Wade in June, returning the issue of abortion to the states.

The physician can abort if s/he determines “in his good faith medical judgment and based on the facts known to the physician at the time, that the abortion was necessary to prevent the death of the pregnant woman.”

Garland said there is no provision for cases where abortion is necessary to prevent serious jeopardy to the woman’s health. 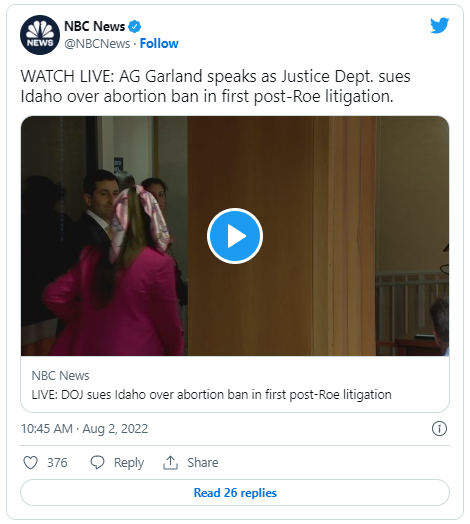