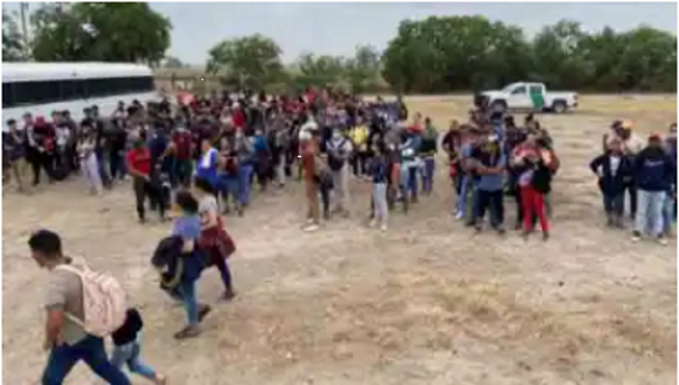 According to two government sources familiar with the planning, the Biden administration plans to provide temporary I.D. cards to unauthorized immigrants awaiting a final decision on their cases. Team Biden is also considering a docket card program to give them state benefits. The report came from Axios.

Illegal Aliens during into the country in record numbers.

Team Biden is considering a pilot program that gives them government benefits. It’s to relieve burdens on them. What about Americans who have to pay the freight while inflation kills us?.

I bought a gallon of milk and a medium-sized bag of chips earlier, and they cost me $10.78. That’s way too much. Americans can’t afford to support the world. Team Biden invited the world in. Joe Biden can afford it, but the average American can’t.

Congressional members included $10 million for the program, which is called the “ICE Secure Docket Card program,” in the FY 2023 appropriations bill.

The administration hopes to get needed Congressional approval for the docket card program before the end of September to roll out a pilot — before a potential Republican takeover in November.

They want to make moochers out of the illegal aliens as soon as they get here.

The states will love this next codicil. The federal government would give illegal aliens access to state benefits.

The ID would allow them to travel around. So, if they want, they can more easily fly a plane into a government building or a monument.