What Next?  The 9th of Av is Just Around The Corner 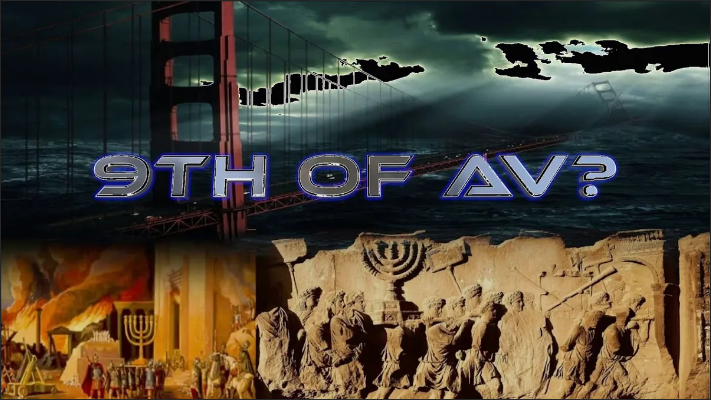 What Next?  The 9th of Av is Just Around The Corner

The news each day keeps getting crazier and harder to digest for me.  How about you? Dozens of pro-life centers around the country attacked, burned and damaged and yet not one arrest.  We keep sending billions of dollars worth of weapons to one of the most corrupt governments on earth and are shocked to read about a plane crash of a Ukrainian cargo plane loaded with weapons going to Bangladesh.  Mitch McConnell toyed with the idea of banning AR-15 rifles, but he did back off…an election year don’t you know.

In 1996 the Defense of Marriage Act, marriage is between one man and one woman, passed overwhelmingly in Congress and signed into law by President Clinton. Every state who had that issue on the ballot reaffirmed that issue into law in their state.  Fast Forward to 2015 when the Supreme Court ruled in Obergefell v. Hodges that would require all U.S. state laws have to recognize same-sex marriages.  Justice Thomas in his opinion overturning Roe v. Wade made comments that the courts had used faulty reasoning to enact both Roe and Obergefell. If you are thinking the Republican party in an election year would cheer this analysis and are ready to get behind states’ rights and common sense……you would be wrong.

Chuck Schumer and Nancy Pelosi announced last week that this would attempt to codify same-sex marriage at the federal level.  The legislation known as “The Recognition of Marriage Act” would require the federal government to recognize as valid, ANY marriage recognized as valid by any state, including polygamy, which would also have huge implications on the federal, tax and welfare codes.  The details in this bill are horrendous and would have serious effects on every state. The house passed this bill with the support of 47 Republicans including the “conservative” Mike Simpson from Idaho!  How does a “red” state keep electing Democrats like Mike just because he has an “R” after his name?  What will happen in the Senate?  Four “Republicans” have already indicated they will vote yes and another three or four are on the brink of voting for this bill.   Crapo and Risch are strangely silent….just careful

The Boise City Council voted 3-2 to make Boise an Abortion sanctuary.  Ada County’s vote assured we have four more years of Governor Little. (Seeing Bundy signs!) The North Idaho College Trustees voted 3-2 to pay the new President of NIC more than double the amount we pay the Governor of Idaho with a contract that is not easily broken.  An election in November gives us a chance to get rid of the three that voted yes on that pay package.  These three liberals are like most leftists that have been accused of spending like drunken sailors.  I take offense at that charge!  At least the drunken sailors were spending their own money…not ours.

Speaking of education and wasted money, Idaho Education News reported on the many brave teachers and librarians that are protecting books that open the eyes of students regarding abnormal sexual practices and outright grooming of children. Natasha Rush who is a teacher-librarian in Boise was quoted as saying, “I will l chain myself to my books, I don’t care, I want every single person reflected” and she defended the “diversity” she wants taught.  Does the term vouchers for parents to decide on their children’s education sound appealing?  If Arizona can do it why not Idaho?

If you are a Biblical scholar and believe in patterns in the Bible here is something to cheer you up, the 9th of Av in the Hebrew calendar falls on August 5th this year.  The Jews mark this as a day of catastrophes and it is very interesting.  Here are just a few events that happened on this date:  1) The ten Jewish spies returned from the Promised Land with a bad report, leading the people to lose heart and consigned to wander for 40 years.  2) The first and second temples were destroyed on this date.  3) Jews were expelled from Spain. 4) World War I began on this date (many believe WWI results were a “land for the people” 5) WWII began on this date (a people were prepared for the land)

There are many others, an interesting study.  As we realize patterns and events that led many to believe we are in the last days here are some other interesting events:

As Biden left Saudi Arabia, Vladimir Putin arrived in Iran the next day to meet with the mullahs and President Erdogan of Turkey.   This alliance could have huge geo-political consequences.  The shutdown of the Nord Stream gas pipelines into Europe (especially Germany) is dangerous and unsettling. Remember one of the largest natural gas fields in the world (Leviathan) is controlled almost entirely by Israel and could be a key replacement to Russian energy.  Biden shut down the pipeline Greece and Israel were building that President Trump had arranged financing for.

Maybe the 9th of Av has more meaning this year than most?  We live in interesting times. What Next?