The Iranian Octopus Predator At The US’ Backyard 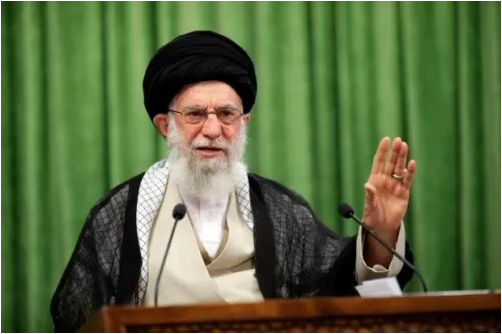 The Iranian Octopus Predator At The US’ Backyard

The Saudi ArabNews reported that “the presence of Hezbollah and Iran’s Islamic Revolutionary Guard Corps in Latin America is considered important by Iran since it provides a base from which it could strike against American targets…  Iran has infiltrated not only Argentina but also Brazil, Uruguay, Chile, Guyana, Paraguay, Trinidad and Tobago, Suriname, and Colombia…. In Foz do Iguacu, Brazil there is the largest Muslim community in the Argentina-Paraguay-Brazil Tri-Border Area. Iran is able to infiltrate and manipulate that community…. Iran’s agents are potentially able to enter the US through legitimate border crossings, or among convoys of illegal immigrants….. Meanwhile, Hezbollah continues its efforts to expand its terrorist activities [in Latin America]….

“[The Iranian proxy] Houthi militants transport weapons from Brazil to Yemen….  Hezbollah is involved in the illegal arms trade in Brazil, maintaining contacts with Brazil’s PCC (the most powerful criminal organization in Latin America)…. Brazil’s Forjas Taurus, the largest arms manufacturer in Latin America, is involved in sales of weapons to [pro-Iran] Yemeni arms dealer….”

According to the British E-International Relations, “Iran may well be the most important, and at the same time the most complex and the most volatile, of all the foreign policy problems with which the US must deal…. Iran continues to infiltrate [the US’] backyard….

“Iran’s foreign policy toward Latin America can be seen not only as antagonistic toward the U.S. and its national security interests. It fulfills Iran’s attempt to establish a greater presence in the US’ own backyard….

“Iran’s Latin American partners are part of the so-called ‘Pink Tide’ that came to power between the years of 1998 and 2009…. Despite the fact that the “Pink Tide” did not have a clear-cut ideology, they were united in opposition to Washington….”

Iran’s Ayatollahs leverage the “Pink Tide” to hit the US

The “Pink Tide” has been a left-leaning, pro-Iran wave among Latin American countries, moving away from the US. Some are anti-US. Recently, it has gained momentum in Mexico (2018), Argentina (2019), Bolivia (2020), Chile, Honduras and Peru (2021), and Colombia (2022), joining Venezuela, Cuba, Nicaragua, Ecuador, and Bolivia, which have been anti-US and strategically-aligned with Iran. Argentina has leaned leftward, while former pro-Iran Brazilian President, Lula da Silva, is comfortably leading the polls for the October 2022 presidential election.

On May 29, 2022, the first-ever left-leaning, pro-Iran, and pro-Venezuela President (Gustavo Petro) was elected in Colombia – the third most populous Latin American country – which was the closest ally of the US in the battle against drug cartels, terror organizations and Venezuela anti-US conduct.

Florida International University’s Western Hemisphere Security Analysis Center reported that Iran’s Ayatollahs have bolstered their ties with Latin American countries, which are endowed with nuclear weapon-related natural resources, such as the significant uranium deposits in Guyana along the border with Venezuela.  A 2010 Guyana-Iran accord includes initiatives to map Guyana’s mineral resources, mostly uranium.

E-International Relations adds that “Venezuela helps Iran develop nuclear technology, obtain uranium, evade UN sanctions, smuggle arms and munitions, and carry out a host of other shadowy deals…. Bolivia and Iran have signed a series of cooperation agreements, making Iran a partner in the mining and exploitation of Bolivia’s lithium, a key strategic mineral with application for nuclear weapons [and ballistic] development…. Iran appears to be eyeing Ecuador’s uranium deposits…. Iran has supported terrorist organizations operating in Latin America, such as [the Shiite] Hezbollah and the Sunni Hamas. Both have been operating in the Tri-Border Area, featuring Ciudad del Este in Paraguay, Puerto Iguazu in Argentina, and Foz do Iguaçu in Brazil…. Iran is developing its own cyber security capabilities with the intent to use them to launch [anti-US] Denial of Service (DoS) attacks, launching attacks of malicious code, electronic warfare, debilitation of communications, and advanced exploitation [hostile] techniques. In fact, most DoS attacks are carried out in conjunction with transnational organized crime organizations for the purpose of extortion. The Iranian government is investing heavily in cyber capabilities and may well turn to their proxies (the Bolivarian Revolution nations) as an [anti-US] force multiplier….”

According to the UK-based IranWire, Iran’s close ties with Peru reflect Tehran’s awareness that Peru sits on uranium reserves, and is located at the Chile-Peru-Bolivia Tri-Border-Area, which has been lawless for decades, and has therefore attracted terror organizations, drug, and human traffickers, money launderers and arms dealers.

“As in Venezuela and Bolivia, there exists a convergence in Peru between Iranian cells and longer-standing revolutionary socialist groups – a fertile ground for proselytization to Shiite Islam.  Therefore, in 2012, the Ayatollahs and Hezbollah established in Peru the Islamic Center of Peru, Inkarri Islam, which has served as an intelligence, recruitment, indoctrination, and proselytization center. The leader of the center has been Edwar Husain Quiroga Vargas, a Shiite Muslim convert, who is one of Peru’s President Pedro Castillo’s closest activists.

Iran’s Al Mustafa International University, a religious seminar based in Iran’s city of Qom that opened its doors in 2007 with the specific mission of proselytizing the non-Shiite, non-Muslim world and catering to converts in their native language…. Al Mustafa is one of Iran’s main vectors to export its revolutionary brand of Shiite Islam.

*Since February 1979, when Ayatollah Khomeini seized control of Iran, the US has employed the diplomatic/negotiation option in its dealings with the Islamic Republic of Iran, waiving the regime-change and military options.

*Since February 1979, Iran’s Ayatollahs have leveraged the diplomatic option, dramatically intensifying their anti-US activities in the Middle East, Africa, and Latin America all the way to the US-Mexico border.

*Since February 1979, Iran’s Ayatollahs have viewed Latin America – the soft underbelly of the US – as a top priority, bolstering strategic cooperation with all anti-US governments, leading drug cartels, money launderers, and terror organizations.

*Since February 1979, the diplomatic option has yielded to the Ayatollahs billions of dollars, which have bolstered Iran as an epicenter of global anti-US subversion, terrorism, drug trafficking, money laundering, and proliferation of ballistic missiles and other lethal systems.

*While the US has approached Tehran diplomatically, the Ayatollahs have re-entrenched their lethal presence at the backyard of the US.

*As expected when dealing with a rogue, apocalyptic and anti-US regime – which is driven by a 1,400-year-old fanatic vision to bring the “apostate” Sunnis and the “infidel” West to submission – the diplomatic/negotiation option has advanced the fortunes of Iran’s Ayatollahs, while severely undermining the national and homeland security of the US.

*The enhancement of US interests is preconditioned upon the triumph of reality-driven Iran policy over wishful thinking, which requires the suspension of the self-destruct diplomatic option while featuring credible regime-change and military options.