Gates Funds the CCP Recruitment of Foreign Scientists to the US 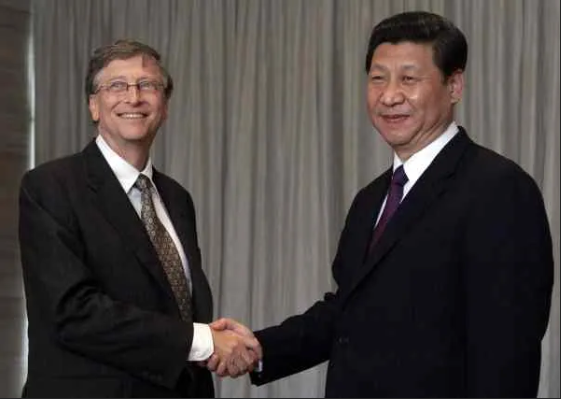 Gates Funds the CCP Recruitment of Foreign Scientists to the US

They gave a $100,000 grant that brought about a forum on “pandemic preparedness and response,” which would focus on “leveraging resources to improve global health and support disadvantaged populations who are disproportionately impacted by pandemic,” indicated the organization’s website.

The funds were sent to the Foreign Talent Research Center of China’s Ministry of Science and Technology in June.

The forum included top leaders of the regime as speakers, including regime leader Xi Jinping.

China is infiltrating nations with scientists. We know that. Yet Gates is funding more of it. Maybe he should just move to China.

Leaders from the UK and U.S. domestic intelligence agencies delivered a rare joint statement on July 6, warning that the Chinese Communist Party (CCP) is the greatest threat to the international order.

The Trump administration in 2018 launched the “China Initiative” to combat the Chinese regime’s state-sponsored espionage and theft of trade secrets. The program led to the prosecution of some two dozen U.S. academics, most of whom were of Chinese origin, who alleged to have concealed funding ties with Chinese institutions and state-backed recruitment plans.

The Biden administration shut down the program in February amid criticisms of the program as racial profiling. Thus, chilling scientific exchanges between the United States and China surged.

The Biden Center has taken a lot of money from China, and his son Hunter has as well.