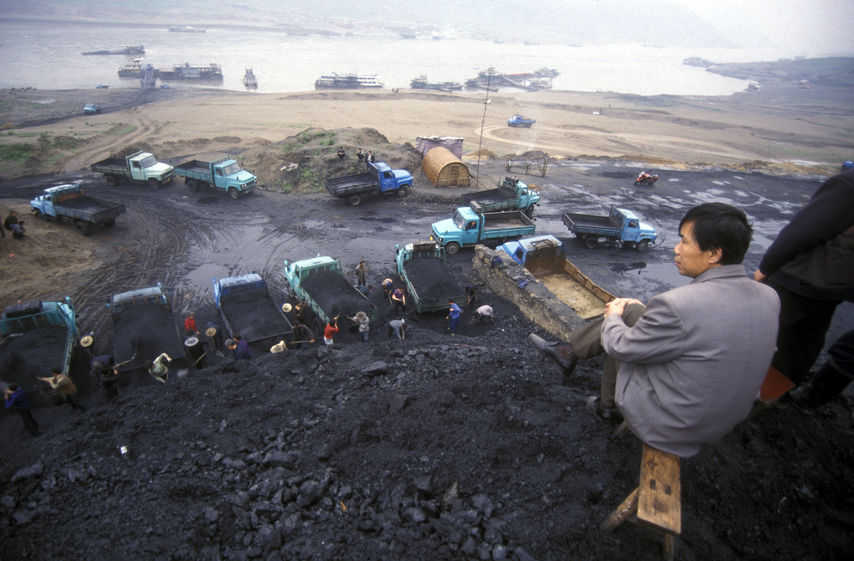 The Biden administration and its allies are hell-bent on eliminating America’s CO2 emissions, no matter the consequences, because of a perceived climate threat. A few examples include:

These actions are weakening the United States and harming Americans.

Meanwhile, China, the country that is the greatest threat to the United States, is proceeding with its economic development without concern for CO2 emissions, in-spite of rhetoric to the contrary.

The use of coal by China is a dramatic example of China’s actions as opposed to its rhetoric. Actions speak louder than words.

This chart from Carbon Brief, compares the installed coal-fired capacity in MW for leading countries and areas of the world.

The fast rising curve is that of China’s coal-fired power plant capacity which dwarfs every other country in the world.

The United States was the leader in coal-fired power plant capacity in 2000, but usage has since declined dramatically while China’s increased.

During the past ten years, one-third of China’s new coal-fired power plants are HELE plants, the most efficient in the world.

The United States is prevented by regulations from building HELE plants.

China’s use of coal-fired power plants demonstrates its disregard for the resulting CO2 emissions. China’s CO2 emissions are already twice those of the United States.

China and US CO2 Emissions

China emitted nearly one-third of the world’s CO2 emissions in 2020. 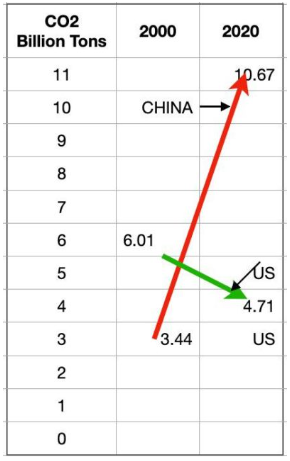 While the media talks about China’s dedication to renewables, the fact is, only 12% of China’s electricity usage was from wind and solar in 2021.

This is no better than the United States where wind and solar also represented 12% of electricity usage in 2021.

China’s use of coal-fired power plants dwarfs usage by all other countries in the world.

While the United States imposes rules and regulations to eliminate the use of fossil fuels, China has little concern about using coal, one of the largest emitters of CO2.

The use of coal overwhelms China’s use of wind and solar.

China’s limited adoption of wind and solar, compared with its emphasis on coal and hydro, demonstrates that China is intent on increasing its economic strength: Seemingly with little concern for climate change.

Meanwhile, the United States is crippling its economy with its war on fossil fuels.

The United States has the largest natural gas reserves in the world, greater than those in the Mideast, yet this administration is attempting to prevent fracking: The technology that has made the United States the envy of the world.

China gets stronger, economically and militarily, while the United States gets weaker with Biden’s war on fossil fuels.