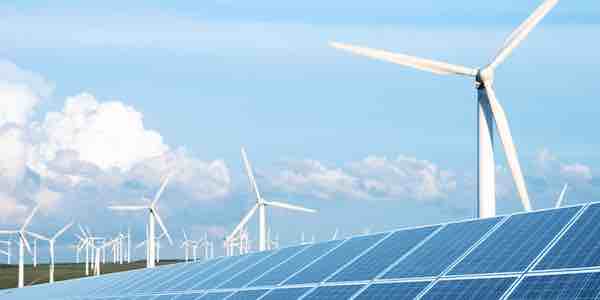 Will the real science please stand up?

By A. Dru Kristenev

Climate change is the villain most to be feared and fought, according to the Biden administration, democrats, average educators, media hustlers and the World Economic Forum. And as this confederacy of misinformation mavens preach about the evils of what are referred to as fossil fuels, they are attempting to fast-track the world into dependency on impractical “renewable” energy that adds more toxins to the environment than decades of conventional power generation.

Not that those hellbent on bludgeoning society into submission would stop at lying, their purpose is to sow enough doubt that they prosper at the expense (literally and philosophically) of the world’s populace.

In spite of the narrative that greenhouse gases are detrimental to the environment, the truth is escaping from the very sources that promote the deceit. The facts finally making it into print are that hardware developed to generate solar and wind power is contaminating the environment.

Solar panels have a working life of approximately 20 years before they disintegrate, releasing toxic metals into the environment that cannot be economically or realistically removed. This from a Los Angeles Times report that backs up the actual science behind studies and non-mainstream media stories that have been published over the last 30 years.

Recycling poses more problems than solutions for dealing with decaying solar panels, and wind turbines that also have a short lifespan, leaving solar and wind farms stuck with equipment that cannot be properly disposed. Windmills, that rely on oil as a major component of the resins and operating mechanisms, do not break down. They can only be buried at landfills where the non-biodegradable 150-foot blades lie under a dozen feet of soil, waiting for future archaeologists to dig them up.

BUT administrative entities along with corporations that feed off government subsidies, all pushing Environmental Social Governance (ESG) policies, are forcing the closure of clean coal and gas plants that emit minimal CO2, which is imperative to support life on earth. (Dissenters can revisit basic biology texts to relearn the facts of photosynthesis.)

The global economy is dying because false “facts”

The global economy is dying because false “facts” about greenhouse gases are pressuring industry to exchange relatively benign power generation from oil, coal and natural gas, which supports industry, food production and mobility, for the real poison released via renewable energy production.

Power brokers have been laboring to delude nations into believing that the rush to institute “net zero carbon” industry is beneficial to society while knowing full well it’s an impossible goal that pollutes the earth.

Every electric vehicle relies on oil, coal or natural gas to generate the constant power necessary to mine the ore, run the factories, charge the batteries, or manufacture the components from computer chips to door handles, whether the item is made of plastic, steel or lithium as in batteries that have been known to spontaneously ignite.

According to the insurance industry, “…in EV and hybrid vehicles, it seems to be mostly battery issues that can lead to fires, rather than electrical wiring issues.” Lithium-ion batteries pose a problem for fire suppression due to how fast the vehicle is consumed, how long it takes to completely extinguish the blaze when re-ignition is possible after days, and the noxious gases that are emitted.

Considering how nonviable the green energy agenda is in a recession – yes, it has finally been determined the economy is in recession and plummeting toward a depression – the European Union has backtracked enforcing solar and wind generation where some countries are re-opening coal and natural gas plants to meet energy needs.

What will it take for the rest of the West to admit the utter failure of renewables that are reliant on carbon fuel sources to operate? The welfare of American industry that powers the economy and feeds families, the citizens of this nation, is at stake and the idea of creating a “net zero carbon” existence is pure folly in that all life forms on this planet are completely dependent on oxygen that green plants make from carbon dioxide.

No longer is it feasible to wait for the administration, the judiciary and/or Congress to differentiate the true poison that is a byproduct of solar and wind power, from the fake poison – CO2 – and re-instate power plants that keep America functioning. Citizens must call their county and state representatives on the carpet to ignore unconstitutional (unscientifically-based and, therefore, bogus) regulations.

Will the real science please stand up?

Former newspaper publisher, A. Dru Kristenev, grew up in the publishing industry working every angle of a paper, from ad composition and sales, to personnel management, copy writing, and overseeing all editorial content. During her tenure as a news professional, Kristenev traveled internationally as a representative of the paper and, on separate occasions, non-profit organizations. Since 2007, Kristenev has authored five fact-filled political suspense novels, the Baron Series, and two non-fiction books, all available on Amazon. Carrying an M.S. degree and having taught at premier northwest universities, she is the trustee of Scribes’ College of Journalism, which mission is to train a new generation of journalists in biblical standards of reporting. More information about the college and how to support it can be obtained by contacting Kristenev at cw.o@earthlink.net.