Housing bubble burst? Home prices in Boise and other hot markets are plunging 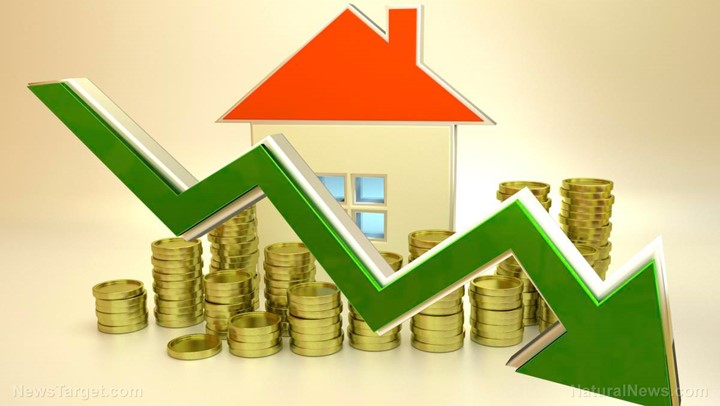 Housing bubble burst? Home prices in Boise and other hot markets are plunging

America’s red-hot housing market, which has seen some of the highest prices ever amid record inflation, is now beginning to show signs of a collapse.

According to reports, home prices are being slashed in many of the nation’s wildest markets, with Boise, Id., topping the list with 61.5 percent of sellers cutting their asking price.

As mortgage rates continue to creep upwards, the age of cheap lending and easy loans appears to be coming to an end – though not every market is seeing these kinds of cuts.

While some areas of the country remain steady in terms of home prices, others are moving in the same direction they did back in 2008 during the last financial collapse. (Related: Commercial real estate took a dive back in 2020 at the height of the plandemic.)

“Boise was one of the hotter pandemic markets, as the work-from-anywhere culture prompted thousands of people to flee pricier markets like San Francisco and Los Angeles,” reports CNBC.

“A year ago, just about a quarter of sellers in Boise had dropped their prices.”

Did housing in the United States become just another pump-and-dump scam by Wall Street?

Nearly all of the aforementioned cities saw major price increases during the Wuhan coronavirus (Covid-19) plandemic, which is why they are now dropping like a rock back to reality.

There are also the interest rate bumps, as the current rate on a 30-year fixed mortgage is almost twice what it was at the start of 2022.

Sheharyar Bokhari, a senior economist at Redfin, which put together the new data, says that buyers in many of these “popular migration destinations” are hitting the pause button due to not only higher mortgage rates but also “a potential recession.”

“They’re also having a big impact on workers in big job centers who rely on their stock portfolio for down payments,” Bokhari added in a statement.

To call what is coming – and what is arguably already in motion – “a potential recession” is laughable. Think Great Depression on Steroids as a more accurate descriptor.

Even so, the financial media has no choice but to downplay the impact of the situation to avoid a panic while still letting the cat out of the bag to avoid letting it take the public by surprise.

Housing inventory is also on the rise as apparently BlackRock, Vanguard and other funds slow their far-over-asking-price purchasing spree, which pumped up the housing market to obscene valuations, followed by what appears to be the makings of a dump.

That dump may not be as dramatic as the one in 2008, however – though the full impact of what comes next remains to be seen. Housing prices are still far higher than they were pre-plandemic, all things considered.

For a household with a $75,000-per-year income, only 23 percent of homes currently on the market are considered “affordable.” This is down from 50 percent of inventory in 2018, according to Realtor.com.

“While these trends are resulting in a cooler summer homebuying season than usual, the road ahead points towards a promising shift, away from 2021?s severe undersupply and win-at-all-costs competition,” says George Ratiu, a senior economist at Realtor.com.

To keep up with the latest news about the crashing markets, be sure to check out DebtBomb.news.