The Things I know to be Truth…From a REAL Conservative Patriot. Get Ready for Liberal Heads to Explode. 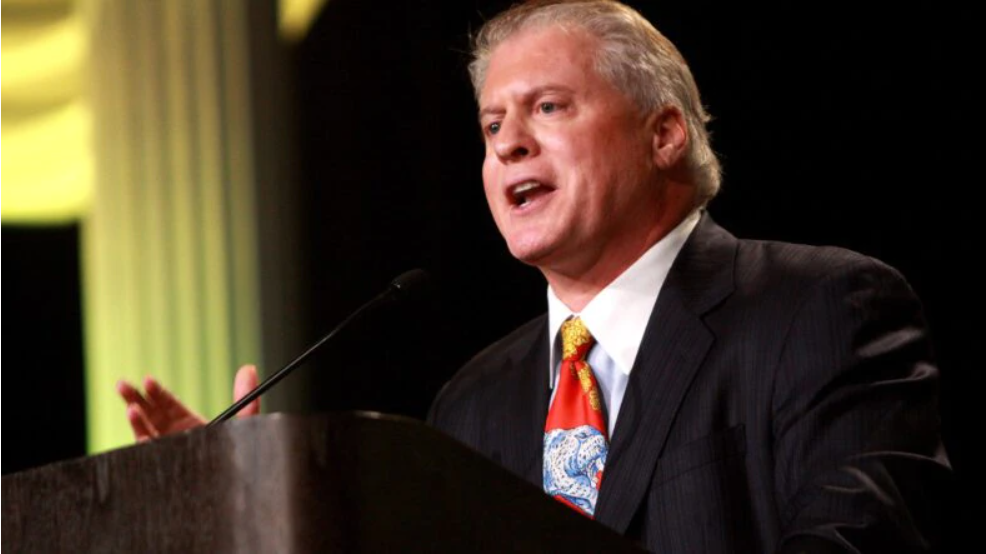 The Things I know to be Truth…From a REAL Conservative Patriot. Get Ready for Liberal Heads to Explode.

Today is my 61st birthday. I will celebrate with a nice dinner tonight with my wife and children. But I won’t take the day off. I’ll be on TV and radio today- just like every other day. I’ll write this column today. I’ll continue writing my next book today. I won’t rest. I won’t back down.

Because I love America with all my heart. And the survival of America is on the line. I will never, ever, ever give up. I will fight every hour, of every day, to take America back from the radical, insane, globalist, socialist and communist traitors presently in control. I will be RELENTLESS! We can never let America go.

In the meantime, here is why I’m fighting. After 61 years of experience and wisdom, here are some things I know to be truth…

I know in every bone, every vein, every cell in my body, the 2020 presidential election was rigged and stolen.

I know President Trump won by an electoral landslide.

I know Basement Biden is not the legitimate president of USA.

I know Biden is a brain-dead zombie puppet with dementia, hiding in the White House basement with diapers and a mask, being fed baby food, by his mommy Jill.

And the only one in America who is more clueless than “the man from dementia” is Kamala Harris. By the way, she doesn’t have dementia. What’s her excuse?

I know Obama is the real President of the USA. Biden is the dummy and Obama is the ventriloquist with his hand up Biden’s a—s, making Biden’s mouth move.

I know Obama isn’t the top guy either…he’s an important and very expensive order-taker…Obama is getting his orders from George Soros, Klaus Schwab of the World Economic Forum, Bill Gates, and the Chinese Communist Party.

I know Obama, Biden and the Biden Crime Family are owned by China and the Chinese Communist Party.

I know this isn’t incompetence, or a mistake…this is a globalist, communist takeover of the USA.

I know they are using open borders to destroy our country, our sovereignty and steal all future elections by letting in 20 million, or 30 million, or 50 million, or maybe even 100 million illegal aliens to overwhelm and out-vote the citizens of America. This is “the fundamental change of America” that Obama spoke about in 2008.

I know Obama, Biden, Biden’s handlers and the entire DNC and Democrat leadership are effectively partners with the Mexican Drug Cartel.

I know this is all part of “the Cloward-Piven plan” to destroy America and capitalism, taught to me by my radical, America-hating, communist professors and classmates at Columbia University, Class of 83. It’s no coincidence, my classmate was Barack Hussein Obama. He’s now directing it all.

I know the Ukraine war is a WMD: “Weapon of Mass Distraction.” It’s all a distraction from the disaster and destruction Biden has created at home.

And as a fantastic “bonus” for Biden…Ukraine is carving up $90 billion in foreign aid to the Biden Crime Family. There’s always 10% to “the Big Guy” off the top, deposited into offshore bank accounts. Just like the mafia, I’m sure everyone gets a “taste”- Obama, Hillary, John Kerry, Pelosi, Schumer. They all use the same offshore banks.

I know the Covid vaccine is a disaster- it doesn’t work, it’s a colossal failure AND it’s dangerous and deadly. P.S. It’s not even a “vaccine.” It doesn’t fit the definition of a vaccine established by the CDC or FDA. It’s a gene-altering jab.

I’m a Jew and I know that forced vaccine mandates of an experimental, for-emergency-use-only jabs, remind me of the forced medical experiments of Nazi Germany. You will NEVER, ever, ever force me or my family to take this dangerous, deadly jab.

I know no child in the entire world needs this dangerous and deadly jab. I know many children will needlessly die from this jab, and millions more will be permanently injured- in particular, with many illnesses of the heart. But I also know Big Pharma and all the criminal politicians who own their stock will double or triple their profits by jabbing little babies, toddlers and teens.

I know Critical Race Theory, transgender brainwashing, sex identity indoctrination, boys who claim to be girls playing girls sports…is radical, insane, disgusting and un-American…it is the destruction of America…and we will fight this to our last breath.

I know you will change my sons into girls…and my daughters into boys over my cold dead hands.

I know the coming massive food shortage is intentional by Biden and his communist cabal…and I’ll never eat your bugs and crickets, or your meat grown in test tubes. You can stick them where the sun don’t shine.

I know the dramatic unaffordable rise in gas prices aren’t due to the war in Ukraine. This is the intentional destruction of the energy industry by Biden through shutting pipelines and banning oil drilling and coal. And I know you can stick your bicycles and mopeds and electric cars where the sun don’t shine.

I know our military is being purposely destroyed through vaccine mandates, transgenders in the ranks, transgender ideology, Critical Race Theory brainwashing, and removing conservatives and Christians from the leadership ranks. I know any military that is taught its top mission is fighting climate change and protecting transgenders is going to lose to China and Russia in battle. I know our enemies are laughing at us.

These are the things I know are true. Do you agree?

If so, fight like you’re facing the end of America, the end of freedom, and the end of your children’s future. Because you are.

Fight and pray RELENTLESSLY to save the greatest nation in world history, ever blessed by God almighty. God bless America.