The War Upon Us All 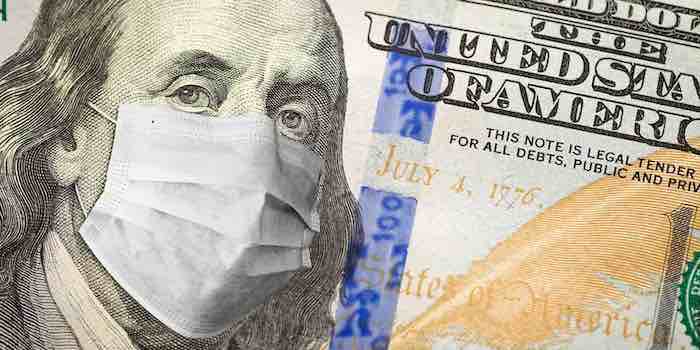 The War Upon Us All

More than 60 years ago John F. Kennedy issued a warning about the “monolithic and ruthless conspiracy” that was using “covert means for expanding its sphere of influence.” He also warned us about the “very grave danger that an announced need for increased security will be seized upon” by the perpetrators of this conspiracy to advance their agenda.

In 2020, the Covid 19 pandemic offered the would-be conspirators an ideal opportunity. The worldwide emergency enabled them to launch a decisive gambit to sidestep the legal strictures of democratic rule and attempt to create a global authoritarian police state. The experience was hugely distressing to the people in almost every nation, but it was also very revealing about the nature, methods and the objectives of the conspiracy. While the public response to the pandemic was unscientific and contrary to the established norms of public health policy, it was also nearly identical in most nations, suggesting that the incoherence was not an error, but an integral part of the planned policy response.

This policy, including the media-driven narrative and the draconian censorship of all dissent was clearly coordinated at a supra-national level. To achieve such policy coordination across the world could not have been achieved without a powerful force of coercion. But what force could explain such uniform compliance with the same destructive policy mistakes by nations large and small, rich and poor, powerful and weak all around the world? Who could force nations of the whole world to obey its dictate, and how?

We had the first glimpse of this force in action in June 2020 when Belarus’ president Aleksandr Lukashenko publicly snubbed a $940 million line of credit from the International Monetary Fund. He rejected it because the IMF conditioned the loan on Belarus imposing a strict Covid 19 lockdown policy and a curfew. Significantly, Lukashenko mentioned on several occasions that the IMF negotiators wanted Belarus to do “like in Italy.” Conditioning loans with terms that would severely impair the borrower’s ability to repay makes no economic sense, so the conditionality clearly had different objectives. Deep in debt and with collapsed tax revenues, most governments around the world needed loans, making them prey to the dictates of money power.

By April 2020, 85 nations have formally requested financial assistance from the IMF. To secure the needed funds they presumably accepted the terms, agreeing to follow the World Health Organization (WHO) dictate. As a result, they extended the lockdowns beyond all reason, destroying countless small and medium-sized businesses, shut down schools, created stasi-like contact-tracing programs, conspired to obscure effective treatments and instituted heavy-handed censorship of public discourse. They also agreed to promote vaccinations as the only way for us to return to normal life and cooperated on instituting Covid passes that would condition their own citizens’ freedom of movement on their compliance – first with the vaccine requirements, but ultimately with any demand that the global authorities might deem conducive to their agenda.

We only learned about IMF’s terms because the president of Belarus disclosed them publicly. Other governments quietly accepted the money and agreed to the terms. But in doing so and complying with the WHO policy dictate, government officials effectively took orders from an external power to the detriment of their own nations, economies, and populations.

A public health emergency must not be accepted as a defence. In all nations, taxpayers fund their governments, which keep many domain experts on their payrolls precisely to ensure that government policies are constructive, productive and lead to improvements in the life of their societies. Uncritically implementing policy measures that were clearly and egregiously contrary to the best interests of their own populations at the behest of external powers from which they accepted funding should in fact be regarded as high treason.

Given their positions of privilege as well as responsibility, they should not be able to invoke ignorance or inexperience in their own defence. The very nature of their office obliges them to source the best available expertise and apply discernment in serving their own constituents. In abdicating on these obligations while complying with the dictates of an external power they have effectively committed high treason and must be held accountable accordingly.

All who were complicit must be held accountable

Public officials could not have done much damage without active and extensive complicity from the mass media and academic institutions. As we know, many of these organizations took funding from some of the same stakeholders who wield disproportionate influence at the World Health Organization, big pharma corporations and the global financial organizations.

Eyes on the ultimate culprits

What the world experienced over the last 30 months was the greatest crime against humanity ever perpetrated. But while many public officials, media moguls and corrupt academicians had complicity in this crime, the agenda was formulated and planned by those who had the means and the motive to set the wheels in motion. This “monolithic and ruthless conspiracy” clearly originated from the international banking cartel together with their agencies like the Bank of International Settlements, the IMF, World Bank, the Global Systemically Important Banks (GSIBs) and others who control the issue of money and credit with which they can bribe and co-opt almost any structure in society.

A famous member of that cartel boasted, “Permit me to issue and control the money of a nation, and I care not who makes its laws!” At money power’s receiving end, French Emperor Napoleon Bonaparte understood that relationship all too well: “When a government is dependent upon bankers for money, they and not the leaders of the government control the situation.”

The bankers have long coveted the control of the world, its resources, and its populations. As Carroll Quigley warned us, “The powers of financial capitalism had [a] far-reaching aim, nothing less than to create a world system of financial control in private hands able to dominate the political system of each country and the economy of the world. … The growth of financial capitalism made possible a centralization of world economic control and use of this power for the direct benefit of financiers and direct injury of all other economic groups.” Quigley wrote those words in his 1965 book “Tragedy and Hope,” suggesting that this conspiracy was discernible many decades ago. Indeed, over a century ago Lord Acton prophesized that, “the issue which has swept down the centuries and which will have to be fought sooner or later is the people versus the bankers.”

This fight is now upon us. The “monolithic and ruthless conspiracy” that JFK warned us about has unleashed an undeclared war on humanity. It will prove to be the ultimate struggle between our emancipation or our final enslavement. We do not have the choice to decline this struggle for in yielding, we would deprive our children and their children of liberty, condemning them to a lifetime of servitude. But in destroying the conspiracy and bringing the ruthless conspirators to justice we can free all of humanity from this servitude and reclaim the liberty and prosperity that is our birthright under God. We are the ones we have been waiting for, and we are many. Join us in this struggle for we will prevail!