A great read regarding concealed-carry in Washington State. 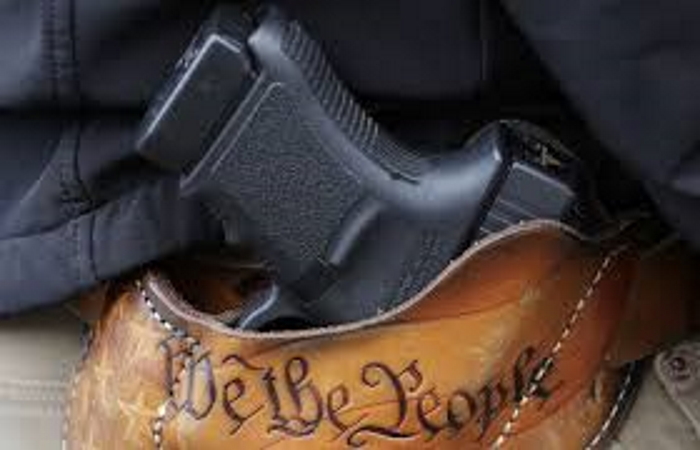 A great read regarding concealed-carry in Washington State.

I found this piece regarding Washington State awhile back and thought that it was very well done.

I hope that you all will take a few minutes and take a look at it as well. Take care and stay safe. – Troy Bunke

(March 15, 2019) For almost 60 years, the state of Washington has been the gold standard for straight-forward concealed carry licensing.

Washington has had shall-issue concealed carry with no training requirement since 1961, and there has never been any sort of problem reported as a result of their simple law which requires a small application fee, a basic criminal background check, and fingerprints.

No mandatory training. No local law enforcement discretion. No need to be pals with a judge or a politician like in NJ. Just a simple application and a small fee. It’s worked beautifully. No blood in the streets. No running gun battles over fender-benders. No string of untrained license holders shooting themselves or others in foolish accidents or angry confrontations. In fact, licensed concealed carriers in Washington State have been exemplary in their prudent exercise of their right to carry. Not only have they historically been on par with licensees in other states, but they have also statistically come in on the low side of accidents, misuse, and other firearms-related mishaps. Even when compared to states with rigorous training requirements. What’s even more significant about this is the fact that concealed carry licensees, on the whole, have a well-established record of extremely low crime and firearm misuse, lower even than sworn police officers, and the licensees of Washington State have historically been on the low side of that already impressive statistic.

The record of Washington concealed carry licensees has been so exemplary that I, and others, have often used that record as proof that mandatory training requirements are spurious and serve no purpose other than to make legally carrying a concealed firearm more expensive and complicated, and therefore less affordable and less attractive.

But in spite of the stellar record of Washington State gun owners in general, and the state’s licensed carriers, in particular, Washington voters have passed two major rights-restricting initiatives. Now Democrat politicians in the State Legislature want to penalize Washington gun owners further by “improving” the concealed carry licensing system that has proven so effective for the past 59 years. They want to mandate expensive training and additional delays, along with further restrictions on magazine capacity and so-called “assault weapons,” and additional ways to “temporarily” revoke people’s Second Amendment rights and confiscate their guns on word-of-mouth accusations. The new restrictions are coming, not because politicians want to fix current or potential future problems, and not because any of these proposals will save lives, they know they won’t.

The actual reasons politicians are pushing this radical agenda are two-fold: Fear and hatred of guns and gun owners and love of Mike Bloomberg’s money.

Washington has long been controlled by West Coast Democrats and “moderate” Republicans. It is one of the top producers of agricultural products in the country, growing much of the nation’s potatoes, wheat, cherries, apples, and other food crops, along with things like grass seed. The state is also home to Boeing, with its massive ranks of unionized workers, Microsoft, and dozens of smaller, but very profitable tech companies. Washington doesn’t have state income taxes, so it is a magnet for Silicon Valley billionaires wanting to cash-in their bonuses and stock options with the smallest tax bite possible. All these circumstances have pushed the state farther and farther to the left. As the Seattle area has grown, populations in the rest of the state, the farming and, until recently, logging regions that comprise the bulk of the state’s land area, have grown more slowly, bolstered mostly by retirees, and becoming much more dependent upon tourism. Much of that growth is also coming from California and other “liberal” wastelands. The result has been a fairly rapid transition from a center-left legislature with strong representation from rural areas, to a hard-left urban-dominated legislature able to ride rough-shod over the “ignorant hicks from the hinterlands.”

Many of the Seattle elites have long been bothered by the state’s relatively lax gun laws, but they didn’t have the political power to change them. The rural areas have been able to hold the line, blocking attempts to enact stricter state gun laws, but unable to pass improvements like expanded concealed carry reciprocity agreements with neighboring states. The anti-rights forces always seemed to come up short, until Bloomberg brought his billions to bear in the state.

Even though Initiative 1639 passed in Washington State last fall, several county sheriffs are refusing to enforce it because they believe it to be unconstitutional.

Bloomberg’s minions did extensive analysis and polling across the country, and they decided that Washington gun rights were ripe for the picking. They rolled in with a cadre of media and marketing professionals, fundraisers and organizers, along with an almost unlimited budget. Bloomberg convinced local billionaires like Bill Gates and Paul Allen, along with a large collection of Microsoft and other dot-com millionaires, to bankroll an initiative effort to criminalize private firearm transfers. They spent some $15 million to convince people to vote for the initiative, which the media insisted had support from “over 90% of Americans.” They are outspending opponents 8 to 1 or more and managed to pass the initiative with about a 60% to 40% split.

Not quite the 90+% the media had promised. But the private transfer ban was just a “good first step,” and Bloomberg remained active in the state, dumping additional millions into election campaigns of anti-rights extremists. Their next target was an initiative to disarm people suspected of being a danger to themselves or others, a so-called “red flag” law. Again, they outspent opponents by millions, and again they were successful, but again, this law was characterized as just a “good first step.” The pressure continued. Bloomberg and the Gifford gang continued to fund legislative candidates who promised to march to their gun control drum, and they succeeded in electing enough of them to change the balance of power in the legislature and advance their radical agenda.

Five years ago, Washington was one of the most “gun-friendly” states in the nation. Today they are vying for the title of most gun-restrictive. And the transformation happened without any significant shift in crime or other firearm misuses in the state but was instead motivated solely by political ideology, irrational fears, and money. This is an example of the insatiable appetite of anti-rights zealots. They are never satisfied with their “good first steps” and always, always want to take another and another.

Now gun owners in Washington are being crushed under the heel of the nanny state. If Gun Voters fail to effectively rally their fellow gun owners and lovers of liberty to their cause in the next election cycle, Washington will almost certainly become just a northern suburb of San Francisco and a west-coast cousin of NY. NJ and CT.

Individual liberty in the Evergreen State is gasping at what could be its last breaths.

Note: Jeff lived in Washington for a number of years, mounting an unsuccessful bid for the State Legislature in 2002, challenging a 6-term Democrat incumbent in, what was at that time, Eastern Washington’s only Democrat-held district.