Ensuring That Only Citizens Vote in US Elections 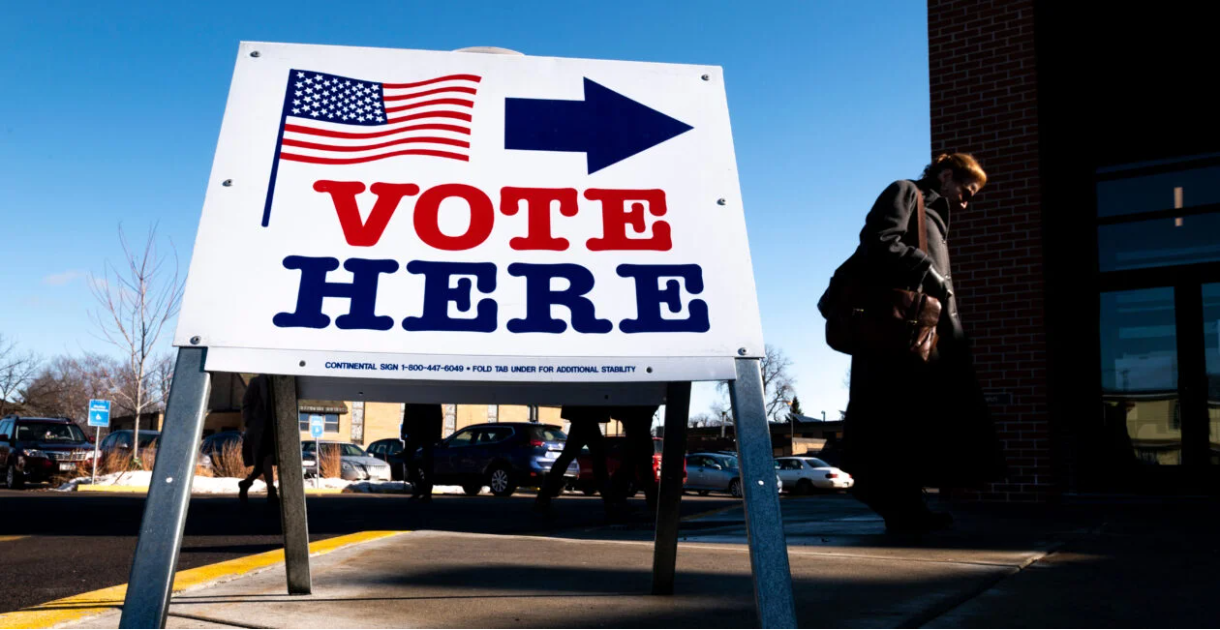 It should be a no-brainer: Only U.S. citizens should be allowed to vote, but not according to the Biden administration. Pictured: A voter arrives at a polling place on March 3, 2020, in Minneapolis as voters cast their ballots in 14 states and American Samoa on that year’s Super Tuesday. (Photo: Stephen Maturen/Getty Images)

Ensuring That Only Citizens Vote in US Elections

The latest politically motivated lawsuit—filed against Arizona by the Biden Justice Department over the state’s new law attempting to verify the citizenship of registered voters—demonstrates the importance of a bill just introduced by Rep. Gary Palmer, R-Ala., HR 8223, that would stop that lawsuit in its tracks.

Mark Brnovich, the attorney general of Arizona, calls it the “height of absurdity” that the Justice Department is trying to stop his state from requiring individuals who want to vote in a presidential election from providing proof that they are U.S. citizens, given that the Biden administration “has incentivized and decriminalized people coming into this country illegally.”

In a rational world, you wouldn’t think such legislation would be necessary. After all, it’s a crime under federal law for an alien to register and vote in federal elections.

It’s also a federal misdemeanor violation for an alien to vote, regardless of whether he or she falsely claimed to be a citizen (18 U.S.C. § 611).

The problem is that in almost all states, election officials are simply relying on individuals who are registering to vote telling the truth when they assert they are U.S. citizens.

There’s plenty of evidence that this isn’t working and that aliens are getting registered and voting, often without detection by election officials.

The Heritage Foundation’s Election Fraud Database contains many cases of aliens convicted for illegally registering and voting. Several years ago, the secretary of state of Pennsylvania was forced to resign after the state had to admit it had been registering aliens for years through its DM driver’s licensing system, and the Public Interest Legal Foundation has issued many reports on the thousands of aliens found registered in numerous states, such as Virginia, Michigan, and New Jersey.

Palmer has introduced a very simple, two-page bill, the Citizen Ballot Protection Act.  It amends Section 6(a) of the National Voter Registration Act of 1993 to make it clear that states can “require that an applicant [to register to vote] provide proof that the applicant is a citizen of the United States.”

That shouldn’t be necessary; however, the National Voter Registration Act has been wrongfully interpreted by some to say that states cannot require proof of citizenship.

Under the U.S. Constitution, states are given the sole authority to determine the qualifications and eligibility of individuals to vote in federal elections. It seems obvious that since citizenship is a requirement, states should be able to establish procedures for making that determination, as long as they do it in a racially neutral manner that does not violate the Voting Rights Act.

Requiring proof of citizenship of everyone registering to vote is not discriminatory and would seem to be fully within the authority of states, but the Biden administration wants to prevent states from doing that.

As Brnovich correctly says, “You don’t need to be a rocket scientist or even an astronaut to figure out what’s going on here with the Biden administration.” It has opened up the borders to get as many aliens flooding into the country as possible while at the same time litigating to prevent any state from ensuring that individuals who vote are actually U.S. citizens.

Apparently, the administration is willing to do almost anything to win elections and stay in power, even if it means making it easy for aliens to cast ballots without being caught, devaluing and diluting the voting rights of American citizens.