Putin’s Trip to Tehran Is Rebuff to Biden 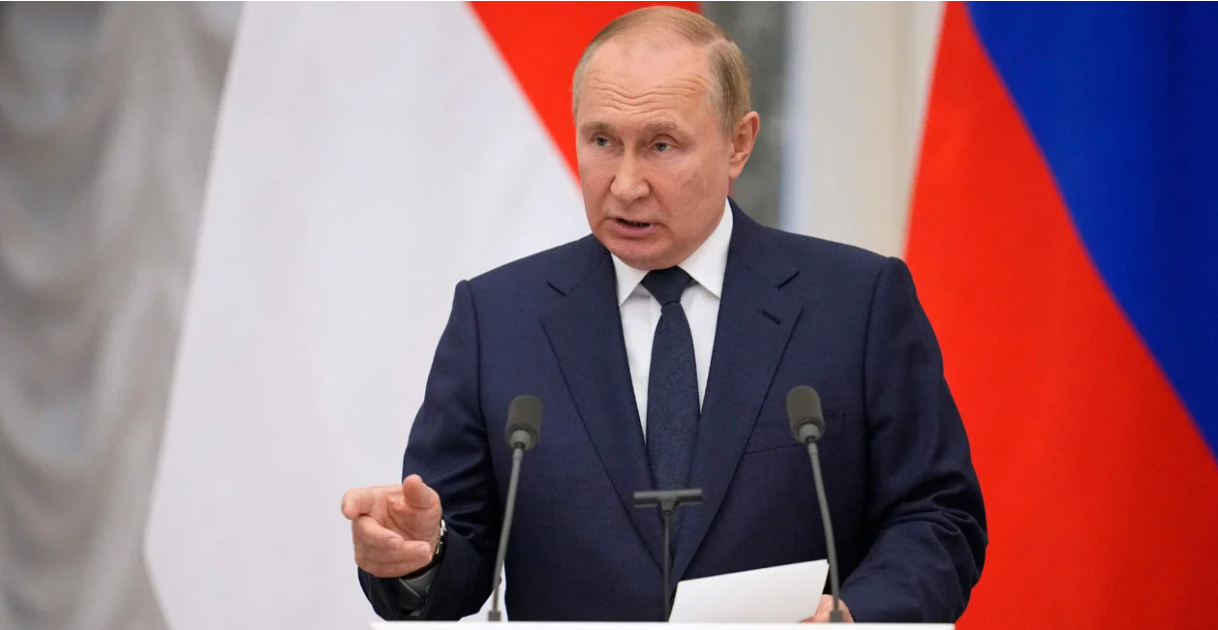 Russian President Vladimir Putin—seen here June 30 at a press conference after meeting with his Indonesian counterpart at the Kremlin in Moscow—will travel to Tehran to meet with his Iranian counterpart on July 19. (Photo: Alexander Zemlianichenko/AFP/ Getty Images)

Putin’s Trip to Tehran Is Rebuff to Biden

On the eve of President Joe Biden’s trip to the Middle East, the Russian government announced that President Vladimir Putin would make his own trip to the region aimed at boosting ties with terrorism-sponsor Iran and discussing issues related to Russia’s brutal conflicts in Ukraine and Syria at a trilateral summit with the leaders of Iran and Turkey.

The Kremlin announced that Putin will meet with Iranian President Ebrahim Raisi on a visit to Iran on July 19. The two leaders share a hostile view of the United States, which they perceive to be the principal threat to their authoritarian rule and to their individual efforts to revive the Russian and Persian empires by subverting, intimidating, and invading neighboring countries.

As a result, both countries have been targeted by U.S. sanctions and are cooperating to circumvent and undermine those sanctions.

One of the goals of Putin’s trip is to improve economic relations between the two sanctions-hit nations, according to Mohammadreza Pourebrahimi, the head of the Iranian parliament’s economic committee. Coordinating new schemes for sanctions-busting will undoubtedly be on the agenda.

Putin has demonstrated immense contempt for international norms and human rights by embracing a repressive Iranian regime that remains the world’s foremost state sponsor of terrorism. Moreover, he is doing that at a critical time when Iran is violating its nonproliferation commitments under its nuclear safeguards agreement and accelerating its ominous nuclear efforts.

There is no love lost between Russia and Iran, which have fought five wars against each other and clashed repeatedly since 1651. But the two increasingly isolated, bellicose regimes have found a common interest in opposing the United States, which both see as their archenemy.

The two regimes became wartime allies in Syria, where they coordinated their successful efforts to prop up the brutal Syrian dictatorship of President Bashar Assad, which clings to power despite the deaths of more than 400,000 Syrians.

Putin is likely to view his Iran trip as a chance to upstage and outflank Biden.  He may retaliate for U.S. military support for Ukraine by enhancing Russian military ties to Iran.

Russia has sold Iran tanks, warplanes, submarines, and other arms in the past, but held off on supplying Tehran with offensive weapons in recent years due to the U.N. arms embargo on Iran. That embargo expired in 2020, but Moscow has not announced any major arms sales, perhaps waiting to see whether the lapsed 2015 Iran nuclear agreement can be renegotiated, thereby enabling it to receive payments from Iran after U.S. financial sanctions are lifted.

Putin may view this trip as an opportune time to announce a major arms sale, which would allow him and Raisi to underscore their budding alliance and joint defiance of the United States.

The two leaders also may discuss arms sales going in the other direction. National security adviser Jake Sullivan told reporters on Monday that U.S. intelligence agencies assess that Iran is preparing to provide Russia with up to several hundred drones, including some that are weapons-capable.

Iran’s advanced drones have proven to be lethally effective in airstrikes launched by Iran or its proxies against targets in Iraq, Syria, Saudi Arabia, and the United Arab Emirates. Putin could find such drones to be useful in his war in Ukraine, where Russian pilots are deterred by Ukrainian air defenses that have turned much of Ukraine’s airspace into a no-fly zone.

While in Tehran, Putin also will meet with Turkish President Recep Tayyip Erdogan, another prickly leader who has exploited anti-American sentiments to bolster his authoritarian rule.

Turkey has clashed with Russia and Iran over Syria, where it supports Islamist rebel groups along its border, but Erdogan has joined the Russian-led Astana diplomatic framework that seeks to exclude the United States from multilateral negotiations over the future of Syria.

In addition to a trilateral Russian-Iranian-Turkish meeting about Syria, Erdogan and Putin also will address bilateral issues related to the war in Ukraine, where Erdogan seeks to position himself as a mediator between Moscow and Kyiv.

Putin is going out of his way to upstage Biden by announcing his own trip to Iran, which he knows will be perceived as a show of defiance against America.

While in Iran, he is likely to seek enhanced Russian-Iranian cooperation on security, economic, and sanctions issues; to push for Iranian assistance in fighting the war in Ukraine; and to discuss a possible diplomatic “solution” for Syria that he hopes will attract Turkish support.

Putin may not celebrate his meetings with Iranian leaders with a high-five hand gesture, as he did during a meeting with Saudi Crown Prince Mohammed bin Salman at the 2018 Group of 20 summit, when the prince was being shunned by many Western leaders. But make no mistake: Putin’s summit lovefest with Raisi is a dismissive rebuff to Biden.

James Phillips is the senior research fellow for Middle Eastern affairs at the Douglas and Sarah Allison Center for Foreign Policy Studies at The Heritage Foundation. He has written extensively on Middle Eastern issues and international terrorism since 1978. Read his research.