New insight on Klaus Schwab’s ‘You will own nothing and be happy’: How AI and the Internet of Things will control everything you do in life 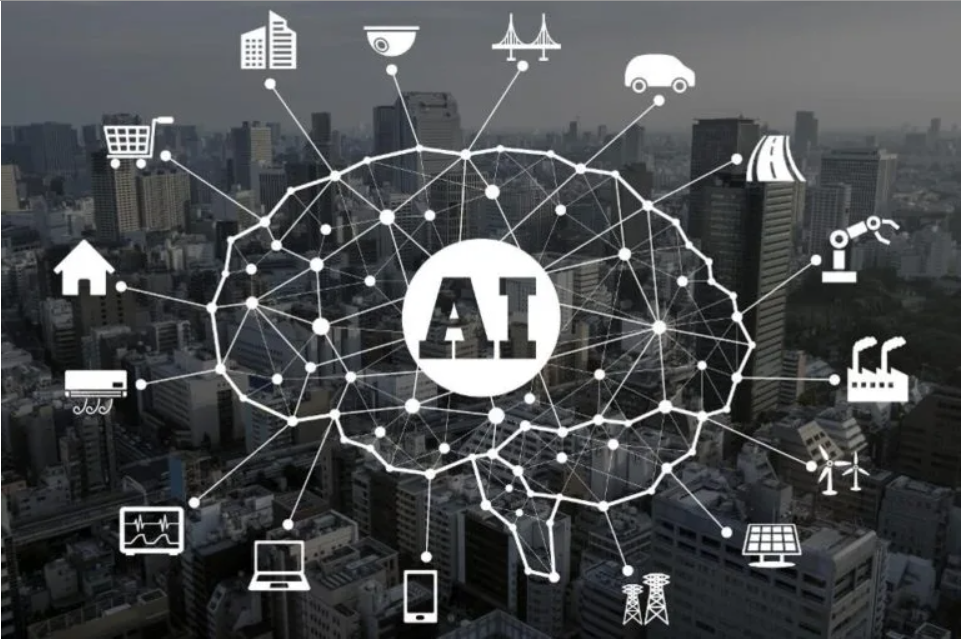 New insight on Klaus Schwab’s ‘You will own nothing and be happy’: How AI and the Internet of Things will control everything you do in life

A friend contacted me today and informed me that the luxury carmaker BMW has announced plans to charge car owners $18 a month for heated seats.

By itself, this sounds like no big deal. Most folks can’t afford a BMW anyway. But it fits into a broader trend that I think captures the true meaning of the World Economic Forum’s slogan related to the Great Reset, that “You will own nothing, you will have no privacy, and you will be happy.”

When Klaus Schwab or some other globalist tells you that you will own nothing, they don’t necessarily mean that you will literally not own a thing and just rent everything from the billionaires.

If that happened, Amazon and Walmart would go out of business. And we all know that cannot be allowed to happen.

So while you may technically still own a house, a car, computers, appliances, a cellphone, etc., in the emerging digital economy, do you really own it? By that I mean, do you have full control over the usage of those products?

If you have a deed or a receipt that says “paid in full,” are there special service fees required for the “privilege” of using that product? Even if there are no fees, does any outside entity have the ability to monitor or shut down whatever device you own? How much of your personal user data is being sent back to the manufacturer, which then uses it to sell you other products, or sells your data to the government and other corporations?

Bill Gates’ Microsoft may have been the first to lure people into this trap, with his Windows Operating System and Office Suite. You buy it, they own it. If you don’t continuously update the software, feeding Microsoft data on your usage with each new update, you eventually lose it. It won’t work anymore, or at least not very efficiently. The same goes for your iPhone.

Now it is happening with vehicles, and not only with luxury add-ons such as heated seats. You buy it, they own the software to block certain features. You have to pay them to unlock those features. Or, at the very least, they require you to “register” the product to unlock certain features.” You may not need to pay them but by registering you still hand over your personal data for free, which they use to bolster profits.

And it’s about to get worse: By 2026 the federal government has mandated that all vehicle manufacturers include a remote “kill switch” in every vehicle that leaves their factories.

Now we’re talking about not just a seat that won’t heat, but a car that potentially won’t run. Then you really won’t own that car at all, because as soon as your social credit score dips below a certain level the government can just flip the kill switch and your car has been rendered inoperable.

This strategy will soon be extended to your house as well. Builders are building “smart houses” within “smart cities.” Trendy folks with more money than they know what to do with love these types of houses where everything is done for them. They don’t have to lift a finger. They walk into their smart house and bark out a certain command, or clap their hands, and the lights come on. The air-conditioning resets to the evening temperature they desire, and so on and so forth.

But even homes that don’t carry the label of a “smart home,” are wirelessly connected and have vast potential for technocratic mischief by third parties who don’t live in your home.

Why? Because 80 percent of U.S. homes already have the mechanism in place for the technocrats to intervene in your energy consumption. They’re called smart meters — little chips that interact with the power grid, monitoring not only how much power we’re using in real time but where exactly that power is drawing from. Every appliance made over the last 20 years or so contains a chip that is talking to the smart meter and telling the power company everything it needs to know about where your electric power usage is coming from.

If you have guests at your house, your water supplier can tell by how many times the toilet flushes and the dishwasher runs how many living souls are staying there and for how long.

Think of the possibilities.

In the so-called “green economy” being pushed by the WEF, governments will at some point implement quotas on energy usage. If you have exceeded your monthly allotment for water or electricity, citing the latest climate change regulations, they automatically shut off the spigot, or maybe they will shut off certain appliances that have been overused by an “irresponsible” citizen that routinely exceeds his assigned carbon footprint. I can hear it now: “Three strikes and you’re out! No more power for you! No more water!”

Oh, but don’t worry. Your friendly government regulator or his corporate partner will call you up and inform you that for wasteful folks like you, they have a special deal in which you can get some extra energy added to your monthly allotment if you pay the power company a fee to get it turned back on.

Same thing goes for that shiny new electric car the politicians and media are telling you that you need to buy. How many charges will you be allowed before you’ve outstripped your allotment? Tesla, in fact, just warned its customers in Texas to “limit the number of charges” on their vehicles due to the heat wave.

On Wednesday, The Verge reported that Tesla sent a notice to the computer screens inside Tesla vehicles in Texas saying, “A heat wave is expected to impact the grid in Texas over the next few days.”

“The grid operator recommends to avoid charging during peak hours between 3pm and 8pm, if possible, to help statewide efforts to manage demand,” the alert added.

Expect more of this in the future. The warnings on your screen will get progressively less polite and more punitive. They will sound less like recommendations and more like orders.

We hear much talk in the mainstream media today about energy not being sufficiently available for the ultra-hot summers brought on by climate change, which is of course a lie — the real reason energy is lacking is because they have taken so many coal-fired power plants offline and are increasingly reliant on unreliable wind and solar.

When you hear this kind of propaganda in the media, and you start to experience pre-planned blackouts, you should know that they are setting us up for the new resource-based digital economy of the Great Reset, where you will truly own nothing and learn to like it.

But don’t get fooled by that word “own.”

By “owning” nothing, what they are really telling us is that even the things we think we own are not under our control.

Even firearms are moving in this direction. Digitally connected “smart guns” are said to be the wave of the future and threaten to obliterate the Second Amendment.

This is why the globalist elites pushing the Great Reset want so desperately to usher in a new digital economy where everything is connected to the Internet, because it’s only through digitization that the technocrats will be able to truly monitor and control all facets of human activity. That’s what the Internet of Things is all about.

Way back in 1970, Zbigniew Brzezinski, predicted this day would come.

In his book, Between Two Ages: America’s Role in the Technetronic Era, he stated:

“The technotronic era involves the gradual appearance of a more controlled society. Such a society would be dominated by an elite, unrestrained by traditional values. Soon it will be possible to assert almost continuous surveillance over every citizen and maintain up-to-date complete files containing even the most personal information about the citizen. These files will be subject to instantaneous retrieval by the authorities. ”

Folks, we are there. In this world, government policies are increasingly driven by the private sector. Those in government just follow the money and the money is always in the latest, most invasive, artificial intelligence-driven technology.

Everything is coming under the increasing control of Big Tech, Big Banks, and Big Pharma in collusion with the firmly entrenched administrative state.

I can foresee a time when we may still own a lot of stuff on paper, but do we really own it? Or does it own us? And if you can’t learn to be happy living in such a society, if you complain too much and too loudly, there’s a special place set aside for such people. It’s called the gulag. This will not necessarily be a physical gulag, but it will be a place where all your privileges are taken away.

In a technocracy, you have no rights, only privileges.

So for the non-compliant, there will be no car, no house, no digital money in the bank, no cellphone in the pocket. You become a non person. Now that’s a place we need to learn to like. Not the technocrats’ one-world digital order of total information surveillance, but our own private world of off-grid survival. Now is the time to start practicing how to survive in the non-digital, off-grid world. 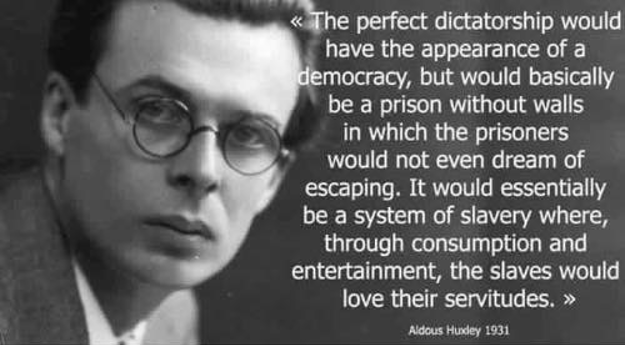 So now you have it. The true meaning of “you will own nothing and be happy.”

Don’t be deceived. Be smart. Prepare for the inevitable.