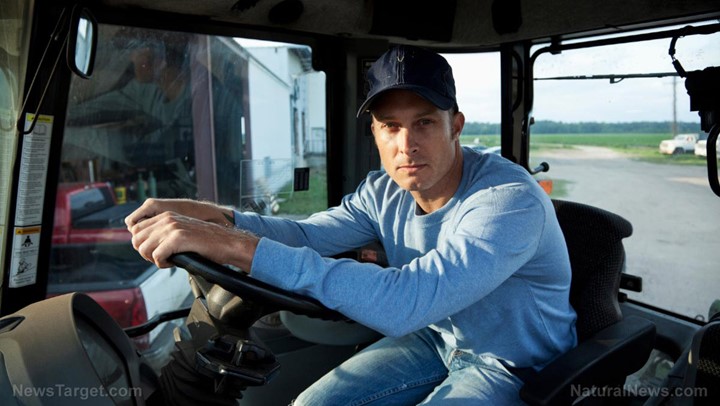 Deep State-controlled governments and corporations are escalating their attacks on farmers in an effort to curb global food production.

The most notable attacks against farmers and other food producers such as fishermen have come from the government of the Netherlands, where thousands of farmers have risen up in opposition to the government’s plan to cut emissions. Noncompliant farmers could have their lands taken from them.

“The expropriation plans of the cabinet are a downright declaration of war on the agricultural sector,” said Dutch Member of Parliament Gideon Van Miejeren.

“Under false pretenses, farmers are being robbed of their land, centuries-old farms are being demolished and farmers’ families are being totally destroyed. It is terrible to see that several farmers have now been driven to such desperation that they feel compelled to take firmer action to make their cries heard.”

In an attempt to prevent the farmers from organizing any further protests, Dutch police have shown their willingness to beat up and even open fire on farmers.

In the northern Dutch province of Friesland, several police officers opened fire on a tractor that broke free from a line. The police claimed they only fired warning shots, but then later amended their statement to claim that the tractor attempted to drive into the police officers and their vehicles.

“The war on farmers has literally now reached violent proportions,” said Alex Newman of the New American. “They are sending in the police to go out and beat farmers.”

The farmers in the Netherlands are not alone. Many food producers all over Europe are also under attack by their Deep State-controlled governments and have similarly risen up by the thousands. (Related: European farmers protest spread to Poland and Italy in huge backlash against the globalists’ depopulation and starvation schemes.)

In Germany, farmers held solidarity marches along with Dutch farmers at the ‘s-Heerenberg roundabout on the border between Germany and the Netherlands. A different group of German farmers also lined up along a major highway waving the flags of both nations.

In Italy, farmers have similarly risen up in protest against their left-wing government’s climate policies and its inability to prevent food costs from rising uncontrollably.

“We are not slaves, we are farmers!” said one Italian farmer from his tractor, urging people to mobilize and stage similar protests. “You should all come along with us. Because under these conditions, we cannot put food on the table anymore. We can’t take it anymore.”

In Spain, similarly-aggrieved farmers have also staged protests against their left-wing government over surging food inflation. They pointed out that socialist Prime Minister Pedro Sanchez pledged to take action on this back in March but has yet to hold up his end of the deal.

The attacks against farmers are not limited to Europe. In Canada, Prime Minister Justin Trudeau recently unveiled his government’s plan to reduce nitrogen emissions from fertilizer by 30 percent below 2020 levels by 2030. This move has been widely condemned by farmers’ interest organizations, warning that it will decimate Canadian agriculture.

“Fertilizers play a major role in the agriculture sector’s success and have contributed to record harvests in the last decade. They have helped drive increases in Canadian crop yields, grain sales and exports,” said Agriculture and Agri-Food Canada.

Fertilizer Canada noted that decreasing fertilizer use and capping other agriculture emissions are unlikely to lower greenhouse gases.

Learn more about the protests against the Deep State’s war on food production at FoodRiots.news.

Watch this episode of “Behind the Deep State” as host Alex Newman talks about the Deep State’s global war on farmers and other food producers.

This video is from the channel The New American on Brighteon.com.

Livestock producers now just DAYS away from running out of animal feed due to supply chain disruptions.

Looming food shortages are not an accident: They’re part of a planned globalist “Reset the Table” initiative.

Globalists in the Netherlands are targeting farms to deliberately achieve GLOBAL FAMINE.

Western Europe on SUICIDE WATCH as food, energy collapse gets worse by the day… how many will starve or freeze this coming winter?