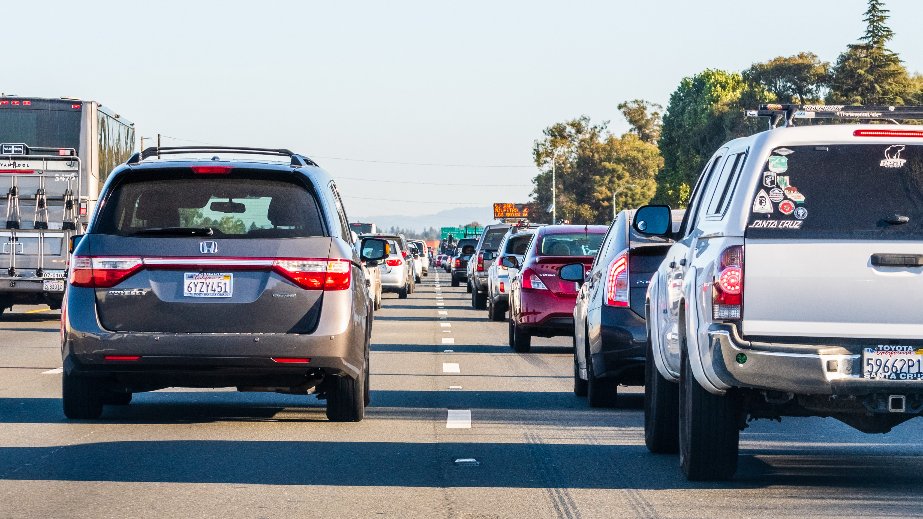 One week after the U.S. Supreme Court ruled that the Environmental Protection Agency could not regulate carbon dioxide emissions from power plants because the agency lacks congressional authorization to do so, the Biden Department of Transportation (DOT) proposed a rule targeting CO2 emissions from highway vehicles, for which DOT also has no legal authority.

DOT’s Federal Highway Administration (FHWA) is proposing a rule that would require states and municipalities to “track and reduce greenhouse-gas emissions on their highways.” In keeping with a regulatory tradition that is as longstanding as it is misleading, DOT assures the public that the “carbon reduction program” contained in the rule will be “flexible,” allowing state DOTs and metropolitan planning organizations (MPOs) to “set their own targets.” That flexibility quickly disappears, however, when the DOT adds that the declining targets must “align” with the Biden administration’s “net-zero targets” as outlined in two executive orders and commitments made at the International Leaders Climate Summit.

The scheme to have state DOTs and metropolitan planning organizations set ever-declining targets for emissions from on-road vehicles has no basis in law. Congress has never instructed DOT to take any such step. As close as it came were a few provisions in last year’s bipartisan infrastructure bill which established a few CO2 emissions-reduction programs at DOT. But nowhere in that legislation was DOT granted the authority to require vehicular emissions targets, much less targets that serve any “net-zero” goal.

In the Supreme Court’s decision in West Virginia v. EPA, the High Court ruled that EPA lacked statutory authority to regulate CO2 emissions from power plants. The same legal principle applies here. DOT’s proposed rule will trigger lawsuits arguing that the Biden administration’s action violates the separation of powers the court upheld in West Virginia v. EPA. Citing that precedent, plaintiffs will say that executive branch DOT officials acted unconstitutionally by assuming powers that only the legislative branch can grant. If the case makes it to the Supreme Court (and that could take years), and if that body is composed as it is now, the DOT’s power grab is likely to go the way of the Obama/Biden plan to regulate CO2 emissions from power plants.

Clearing the Way for EVs

In a rare moment of regulatory candor, the administration acknowledges in the docket supporting DOT’s proposed rule that DOT’s scheme will ultimately encourage Americans to switch from gasoline-powered cars to EVs.

“The potential benefits that may flow from the proposed greenhouse gas measure stem from its potential to support more informed choices about transportation investments and other policies to achieve net zero emissions economy-wide by 2050, including projects eligible under the Carbon Reduction Program and the National Electric Vehicle Infrastructure Program, both established under the Bipartisan Infrastructure Law,” the docket said.

Doing away with conventionally-powered automobiles, and replacing them with EVs, has been part of the Biden administration’s larger war on fossil fuels. While sales of EVs continue to creep up, so do their prices, keeping them well beyond the reach of ordinary Americans. The cost of the raw materials that go into EV batteries continues to soar, and the recharging infrastructure needed to support the millions of EVs said soon to be zipping down our highways is barely in its infancy.

Neither the Biden administration nor the automakers thumping their chests over their embrace of EVs have offered any realistic explanation for where the electricity for all these EVs will come from in a post-fossil-fuel world. Certainly not from wind mills and solar panels. Nor has sufficient thought been given to how today’s already shaky grid is going to hold up under the stress of providing power to a growing number of EVs.