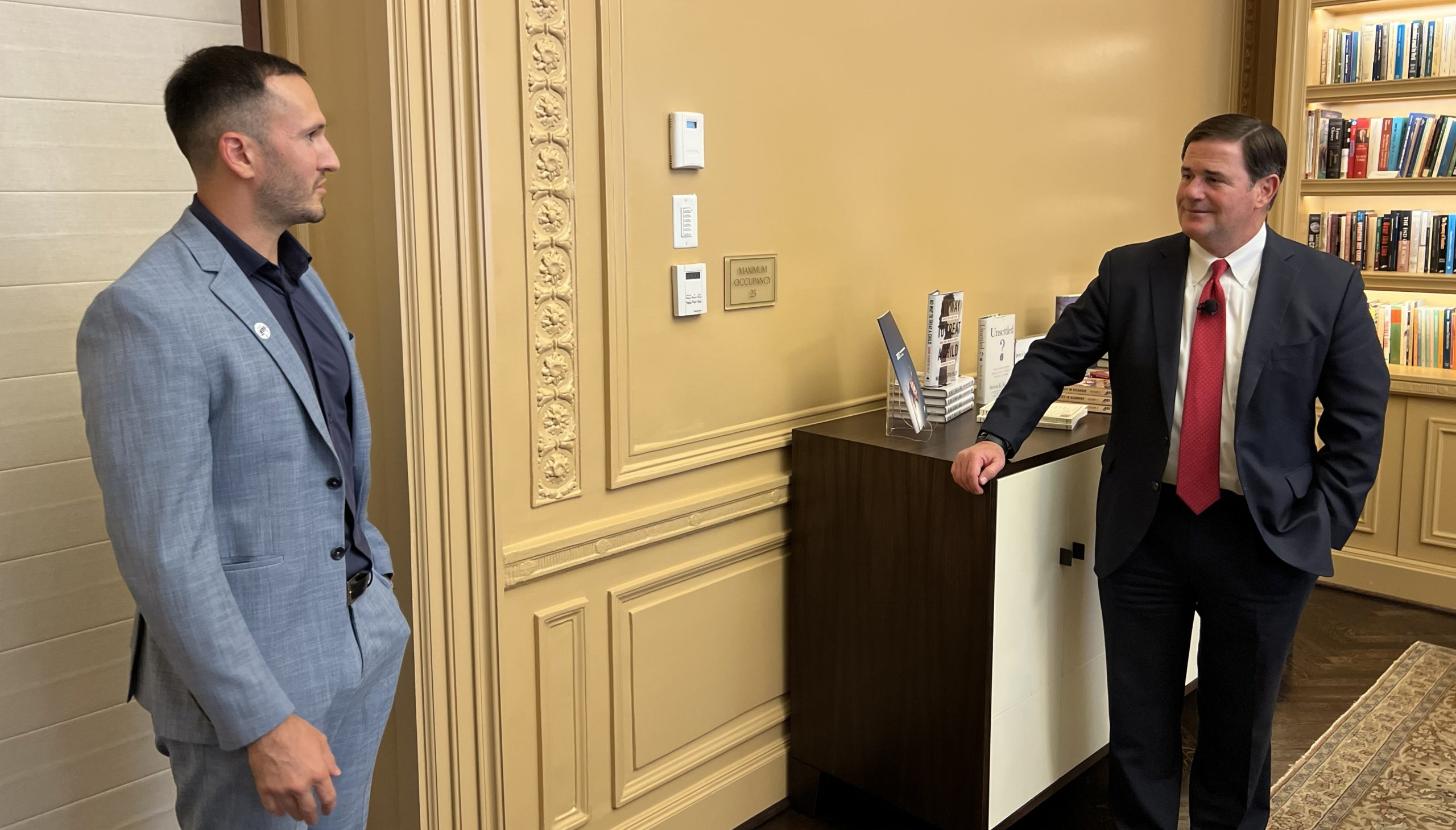 On June 24, the Arizona Legislature passed a bill that expands access to Empowerment Scholarship Accounts (ESAs). This historic bill empowers all families to choose the education that works best for their children.

The Arizona bill immediately returns Arizona to its role as the national leader on school choice, after Gov. Doug Ducey signed it into law Thursday. Thanks to the new law, each participating family will receive $6,500 per student each year, with the funds going to an ESA. A family can draw on that account to pay for a wide variety of educational services, including private school tuition, tutoring, homeschooling, learning pods, and many other educational services that exist outside of the public school system.

This bill gives Arizona families decision-making power over their child’s education and ensures that dollars fund the student, rather than the school system. Under this arrangement, schools in Arizona are subject to the accountability and quality assurance that comes from consumers having a choice.

Corey DeAngelis, a senior fellow at the American Federation for Children, told the Washington Examiner, “Arizona is now the gold standard for school choice. Every other state should follow Arizona’s lead and fund students instead of systems.”

Other states have followed Arizona’s lead. In fact, eight states have implemented ESAs to empower students and families. West Virginia is also a leader in school choice. According to EdChoice, West Virginia’s Hope Scholarship Program provides 93% of West Virginia families with $4,600 per student per year. The Hope Scholarship Program is not as robust as Arizona’s ESA program. For example, it offers less money per student and a smaller percentage of families are eligible for the program than in Arizona. Even so, it is by far one of the top school choice programs in the country

Support for school choice programs is growing as a result of families wanting a way to push back against the system indoctrinating children with corrupt ideologies and failing to adapt to students’ needs during the COVID pandemic. Over half of the states have a school choice program, and 19 of these programs were either added or expanded in 2021 alone. Unfortunately, Idaho is not one of them.

The bill would have created an ESA program in Idaho for 65% of Idaho families, providing them with $5,950 dollars per year per student. Families could have used the scholarship to personalize their children’s education by spending funds on a variety of services, including private school tuition, tutoring services, and online learning programs. The bill was not universal like the latest Arizona bill or West Virginia’s law.

The Hope and Opportunity scholarships would have even resulted in at least a savings for taxpayers of at least $300,000 per year.

Instead of passing a true school choice bill, the Legislature passed a bill that created microgrants. These microgrants are not a school choice policy. The grants only offer $1,000 per student, with a maximum of $3,000 per family. Grant dollars cannot be used on private school tuition, and this program will increase, not decrease, costs for taxpayers. This stands in stark contrast to the Hope and Opportunity Scholarship Accounts, which could have used money already budgeted for education.

Parental support for school choice among Idaho citizens is strong. According to EdChoice, 75% of Idaho parents support ESAs. It’s time for legislators to ensure the needs of every Idaho student are met by prioritizing school choice.