Aiming For The Iceberg 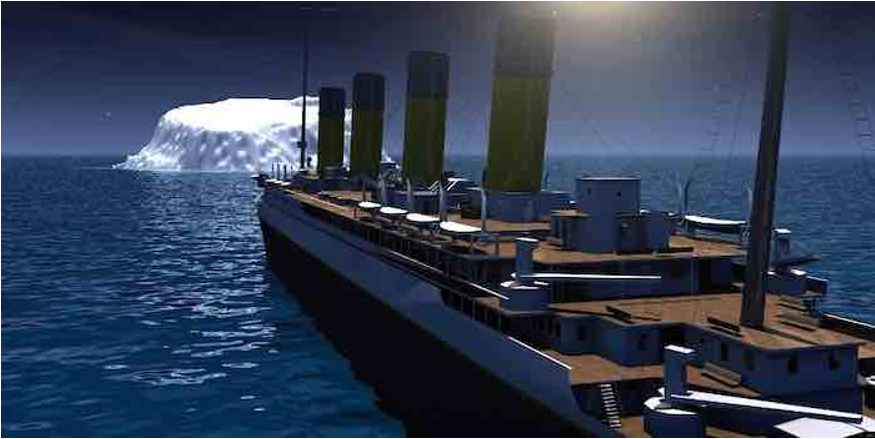 Whether by incompetence or design, it’s plain that the Democrats are steering the ship-of-state toward an iceberg.

Aiming For The Iceberg

Democrat Party, Globalists knew Biden was a screw-up and a corrupt screw-up at that. Ripe for blackmail. Who better to take orders from Obama and Davos?

What do you do when your own government begins to tear the country apart? What do you do when they take the greatest nation on earth, extraordinary in all of history, and decide to break the civic and social contract it made with its people 246 years ago?

What do you do when this government creates crises as a national pastime?

No longer does this government recognize gender, instead forces us to acknowledge delusion…

What do you do when a nation’s government tears away at the fabric of its culture, rejecting the precepts of God that protected us and granted us our natural rights?  No longer do they punish criminals, or grant a swift trial to the presumed innocent, but instead adopt a 3rd world system of incarcerating the opposition, political prisoners that languish in solitary confinement. This government has opened wide Pandora’s box to every calamity. No longer does this government recognize gender, instead forces us to acknowledge delusion… and believe a surgeon’s knife can do the work of God.  We no longer esteem motherhood, instead lower it to ‘birthing parent.’

The education of our youth is non-existent.  They teach hate of country and every form of sexual deviance.  The teachers of our youth have no remembrance of who we are and where we came from.  They are as ignorant as their students.

They have blanketed our nation with a satanic ethos.  Every evil has been loosed upon us.

What do you do when a government doesn’t show even a miniscule amount of fiscal responsibility, and takes upon itself powers that were never granted?  Executive Orders were never intended to execute policy not approved by Congress, or to enact regulations, but only to streamline and make more efficient how the government is run.

How do you fix a government that shuts down an entire country for a flu-like disease with very suspicious origins, paralyzing the economy, fatally injuring millions of small businesses, but sends billions to big business.  It then forces an experimental, non-FDA approved vaccine upon the public that not only may not protect against the disease, but find that those who have taken the vaccine have an increased chance of getting the disease… even double-boosted Fauci got COVID.

The food chain has been broken

The vaccine has been shown to cause other medical conditions like stroke, heart failure, blood clots, brain disorders, convulsions, seizures, blindness, deafness, miscarriages.  The list is long.  It also exacerbates medical conditions already present in the victim.  And in many cases, kills, now in the hundreds of thousands world-wide.  The life insurance industry has said the excess death rate especially among those 18 – 64 years old has increased 40% over pre-pandemic levels where a 1 in 200 year catastrophe would have caused a 10% increase.  All this from a manufactured pandemic and a vaccine. Had the vaccine been administered at an earlier time it would have been pulled if 50 people had died from it.

How do we fix a government that no longer is willing to deliver to its people the most basic of necessities, food, water, and energy because it doesn’t like the form of energy used to provide it?  And, at the same time, we have no viable technology or the infrastructure to support it.  And then we find, upon reading the small print, that the planet they envision will have only 500 million people occupying it.  We have more than 7 billion people right now.  What’s their solution?

The food chain has been broken. We are being told that COVID-19 has temporarily disrupted the supply chain. And yet, food processing plants are being destroyed and cattle are being killed as we speak.  They’re being mysteriously set ablaze, or exploding, and livestock killed.  We’re slowly being sold on synthetic meat, told that livestock is bad for the environment, and that synthetic and genetically modified food is the wave of the future.  Even natural food supplements are on the chopping block in favor of synthetic.  This is happening in much of Europe as well.

At the heart of much of this madness, or their excuse to disrupt the entire planet’s human existence, is climate change…going ‘green.’  Countries like Germany have literally collapsed their economies as a result.  What they will not say is that one volcanic eruption can neutralize environmental efforts for probably the last 50 years. They can even make their region’s climate cooler.  But, never mind, it’s not about the environment, it’s about POWER!

Is this destruction by incompetence or design? Both!

People are fighting back.  We have seen protests and riots in Canada, Britain, France, Italy, Poland, Germany, Romania, The Netherlands.  Heck, much of the world is rising up against the New World Order, rejecting the endless restrictions and tyranny where governments have used COVID to seize more power and control for the elites.

The greatest protest, the biggest display of resistance on earth has been in the United States.  The Make America Great Again movement is alive and well. It is not about Trump.  It is a response to the madness and nonsense we have had to endure for much too long.  In 2020 we lost a battle through fraud and deceit, but we will not permit that again.

Is this destruction by incompetence or design? Both!  The Democrat Party, and the globalists knew Biden was a screw-up and a corrupt screw-up at that.  Ripe for blackmail.  Who better to take orders from Obama and Davos?

They think we don’t see the plans for ill that they are stealthily imposing on America and the world.  We do.  Americans always rise to a challenge.  We will take it on and lead the world, save the world if need be.  Full speed to starboard.