When Will GOP Leadership Come Out and Say It? Biden is a Traitor. He Must be Impeached, Then Indicted for Treason. 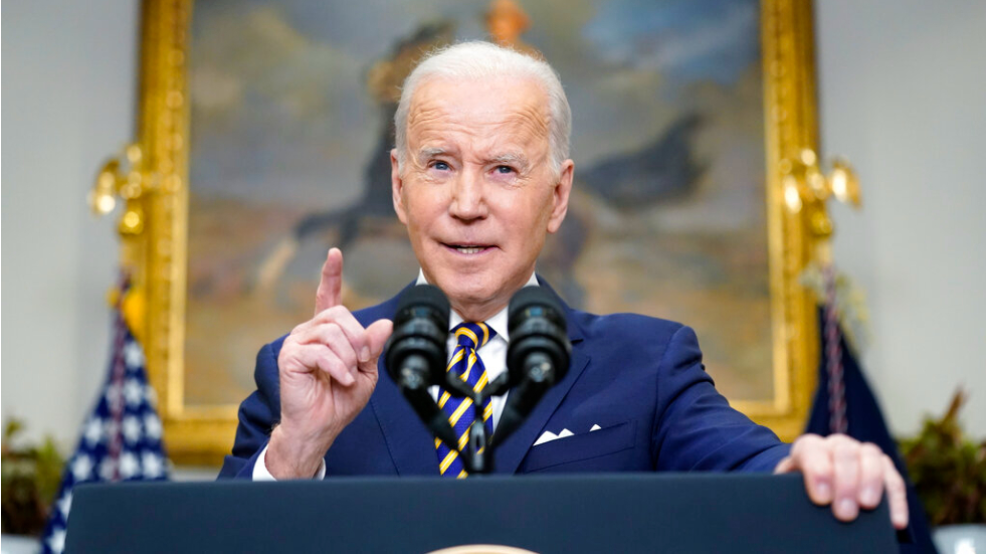 When Will GOP Leadership Come Out and Say It? Biden is a Traitor. He Must be Impeached, Then Indicted for Treason.

It’s all out in the open now. We have a traitor and suicide bomber in the White House.

No one is even bothering to hide it. Biden is clearly a suicide bomber, owned by the Chinese Communist Party and the Mexican Drug Cartel, and put in place to destroy America, American exceptionalism, capitalism, and most importantly, the great American middle class.

I learned this plan at Columbia University, Class of ’83, alongside my classmate Barack Obama (who was never actually seen in any class at Columbia- but that’s a story for another day). The plan we learned at Columbia was called “Cloward-Piven.” The goals of Cloward-Piven were about overwhelming the system, collapsing the US economy, destroying capitalism and turning America into a socialist/communist country.

It’s happening right now- with Biden as the frontman and brain-dead puppet, and Obama as the real president, lurking in the shadows, pulling all the strings.

Except now Obama has updated Cloward-Piven to include open borders and massive inflation to bankrupt the middle class.

Biden is destroying America by opening borders to millions of illegal aliens and worse, criminals from all over world. This is about bankrupting our country, raising the national debt to levels that overwhelms the system and collapses the economy.

Biden denies this is all about the “Great Replacement.” But this isn’t about replacing white voters. It’s far worse than that. All American citizens are a threat to Biden’s agenda. This is about replacing all American citizens- white Americans, black Americans, and Latino Americans. We all need to be replaced, or at the very least over-whelmed and out-voted to usher in a socialist-communist government and economy.

Biden’s actions since day one of his presidency have been open treason. But in just the past few days, he has escalated to levels never thought possible…

*Biden’s DOJ actually sued Arizona to block Arizona’s law that requires voters to prove they are US citizens.

*Biden is refusing to arrest, detain or deport illegal aliens convicted of certain crimes and ordered deported by a court of law. This is the hallmark of a communist attack- courts and laws no longer matter to the Biden administration.

*Biden is making DEPORTED illegal aliens eligible for US citizenship. Yes, I said deported. He doesn’t just want to invite every illegal alien into our country, Biden wants to also bring back the worst of the worst who’ve already been kicked out.

All of this happened in just the past few days.

This pandemic includes the intentional destruction of the oil, gas and energy industry, as well as our farmers and the trucking industry. All done to produce massive inflation of gas, home heating oil, groceries and virtually every product brought to market. This is the purposeful bankruptcy and destruction of the middle class.

Then only hours ago, Biden signed an Executive Order protecting abortion at the federal level- something the US Supreme Court just struck down. No president can overrule the Supreme Court.  Joe Biden just knowingly committed a crime against the US Constitution.

They aren’t even hiding it anymore. What does all this tell you?

A) This is a communist takeover of the United States, aided and abetted by open borders and intentional voter fraud.

B) They don’t care who knows. What else could explain why Biden and Democrats don’t care if the entire middle class hates their guts? This is a sign Democrats know elections are rigged and stolen. Your vote no longer matters.

Biden is escalating. This is treason on a grand scale never before imagined in the history of the United States. We have a suicide bomber in the White House out to destroy our country and make our own citizens into serfs and slaves dependent on a tyrannical socialist/communist government.

It’s time to impeach Joe Biden, and then remove him on grounds of treason. Then he must be indicted for his crimes against America and the American people.

The trillion-dollar question is- when will the GOP leadership step up and publicly denounce Joe Biden as a traitor?