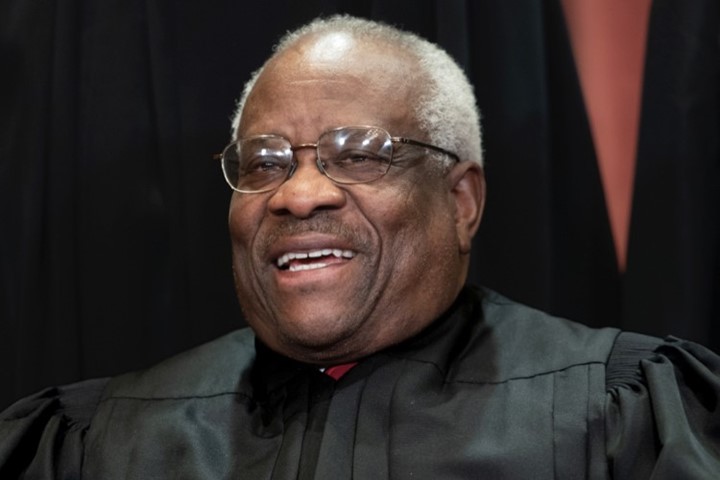 Major media are crying foul on Justice Clarence Thomas, accusing him of citing “misleading” and “debunked” claims that Covid vaccines are made with cells from aborted children. (Spoiler alert: They’re misquoting him.)

Petitioners are 16 healthcare workers who served New York communities throughout the COVID-19 pandemic. They object on religious grounds to all available COVID-19 vaccines because they were developed using cell lines derived from aborted children.

The rest of the dissent explains that the three justices would have upheld a U.S. District Court’s preliminary injunction, based on the healthcare workers’ claim “that the State’s vaccine mandate violated the Free Exercise Clause.” (The latter refers to a portion of the First Amendment to the U.S. Constitution which, together with the Establishment Clause, orders: “Congress shall make no law respecting an establishment of religion, or prohibiting the free exercise thereof…”)

Cell lines derived from aborted babies are often used in vaccine development. LiveAction explains that the “bodies of preborn babies have been harvested for vaccine development and testing for decades dating back as far as the 1960s.” Those currently in use are:

MRC-5, derived from the lungs of a 14-week normal male fetus.

WI-38, developed from the lung tissue of a three-month-old preborn female baby.

Walvax-2, derived from a fetal lung tissue… from a 3-month-old female fetus.

HEK293, taken from the kidney of an aborted baby in the Netherlands in the 1970s.

PER.C6, originated from human embryonic retina cells from an 18-week-old aborted baby in 1985.

Not only is it common practice for manufactures to use these cell lines in vaccine development, but last year Project Veritas reported on Pfizer whistleblower, Melissa Strickler, who verified that her company did use “cell lines with an origin that can be traced back to human fetal tissue” in its vaccine program. She quoted emails from a company executive who wrote, “We have been trying as much as possible not to mention the fetal cell lines” so people would not “have an excuse not to get” the jab.

In 2020, specialists with the Charlotte Lozier Institute discussed the use of fetal tissues in their research and development of several Covid vaccines, including Pfizer, Moderna, AstraZeneca and Merck. Dr. James Lawler of the University of Nebraska wrote of their use “during production of the Johnson & Johnson vaccine.”

Even the Vatican has addressed the issue, stating that it is “morally acceptable” for Roman Catholics to get the jab since no “ethically irreproachable” vaccines are available.

In light of all this evidence, why are major media once again resorting to lies and deception to vilify a Supreme Court justice? Because Thomas was one of the majority in last week’s SCOTUS ruling that overturned Roe v. Wade. It’s not likely that anyone in major media is going to ever forgive him for that.