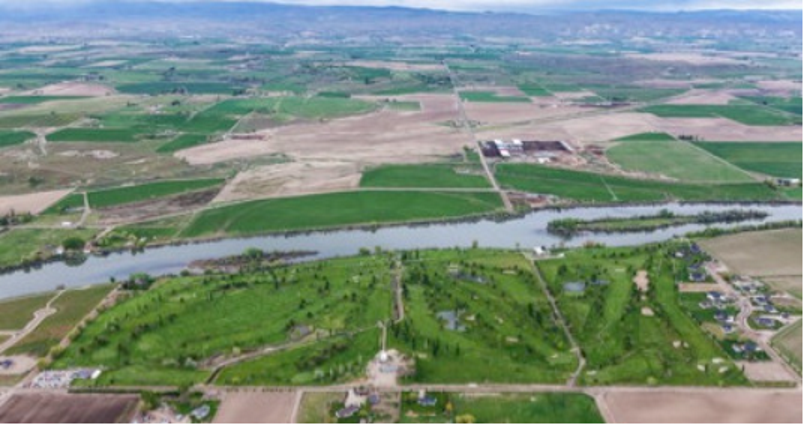 When the story of Richard Butler, the Hayden Lake neo-Nazi is told, the following is standard fare:

In 1974, Richard Butler, an aeronautical engineer retired from his job in Southern California and moved to Hayden Lake, Idaho.  He bought a farmhouse, started a church, built a compound and started a political group that he named Aryan Nations.

What they never mention is that in both Northern and Southern California, there had been race riots and racial disturbances during the ten-year period before Butler moved.  The Watts race riot was probably one of the most violent riots in the country’s history and it was started by a black drunk driver who resisted arrest.  The National Guard had to be called out to quell the disturbance.   The Symbionese Liberation army, a black terrorist group went on a crime spree, Charles Manson was arrested and the news carried the story how he thought there was going to be a race war.  The point being is that Butler’s fears were not without basis.   Unfortunately for Idahoans, he chose Northern Idaho to go off the rails and the left has been painting Idaho and Idahoans as racist, Neo-Nazis ever since even though Butler was a California transplant to Idaho.

Idaho being a western state and the people with live and let live values, they left Butler alone and he left them alone until his church was bombed in 1980. That act fed right into Butler’s paranoia. No doubt he interpreted that as a signal that the war was starting. That’s when he built the guard towers and put armed guards around his property. Also in that year, a Jewish-owned restaurant had the windows of the restaurant blown out. It seems likely that Butler’s group did that in retaliation but one never knows. Jews have a reputation of using victimhood as a political strategy and weapon. At any rate, that seems to have been the volley that set off the culture war in Northern Idaho that continues to this day.

In 2013, C-Span was doing a special series touring cities around the U.S. They chose Coeur d’Alene Idaho as one of the cities.  Bill Morlin, a correspondent for the Spokesman-Review  and Tony Stewart, a professor at North Idaho College and Human Rights Activist were interviewed on the subject of Extremism in Northern Idaho by which they meant Richard Butler. 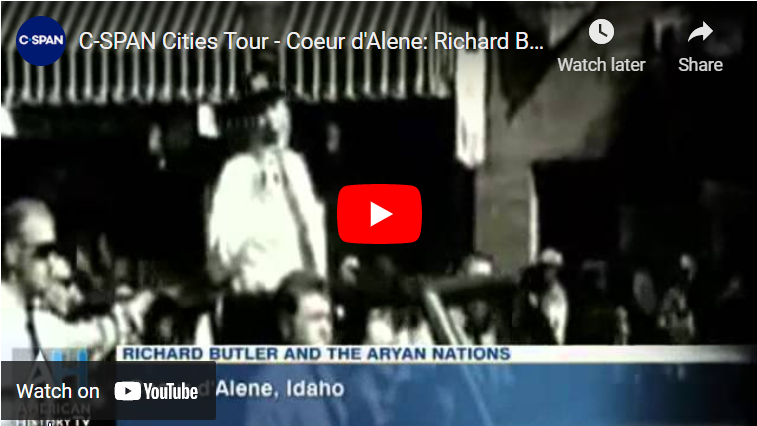 From One Extreme to the Other

In 1981, Tony Stewart organized a group to counter Richard Butler’s movement.  The name of the group was the Kootenai County Task Force on Human Relations (KCTFHR).  They solicited a hippy Catholic priest named Bill Wassmuth who was parish priest at St. Pius Church to lead the effort. They were operating informally until 1986 when the organization was registered with the Secretary of State’s office as a non-profit with William V. Brown as the registered agent.  Thus the pendulum swung from right extremism to left extremism.

The first Board of Directors included:

Obvious in hindsight, the establishment of this organization as a non-profit Civil Rights group was the set up for an anticipated lawsuit against Richard Butler and his movement. An article in the Coeur d’Alene Press tells Norman Gissel’s version of the story: 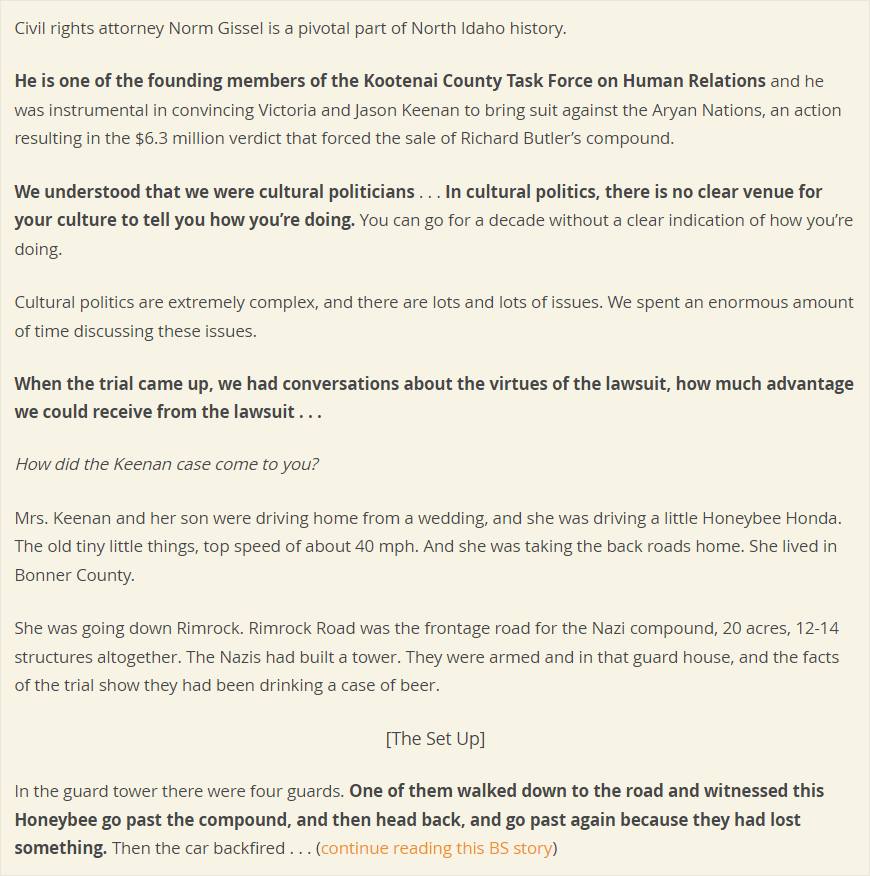 Yeah, that’s totally believable that they “lost something” so they needed to make two passes by the compound and on the second pass the car backfired.

Keenan didn’t press criminal charges against the men who assaulted them. Instead, she contacted the KCTFHR for help. That’s when the KCTFHR partnered with Morris Dees of the Southern Poverty Law Center to bring a lawsuit against Butler. Butler lost – bankrupting his organization. The court awarded Butler’s property to the Keenans for damages. The Keenans then sold the property to Gregory C. Carr who donated it to the North Idaho College Foundation.