The Right Resistance: No such thing as an ‘extreme’ Republican, only liberal media exaggeration 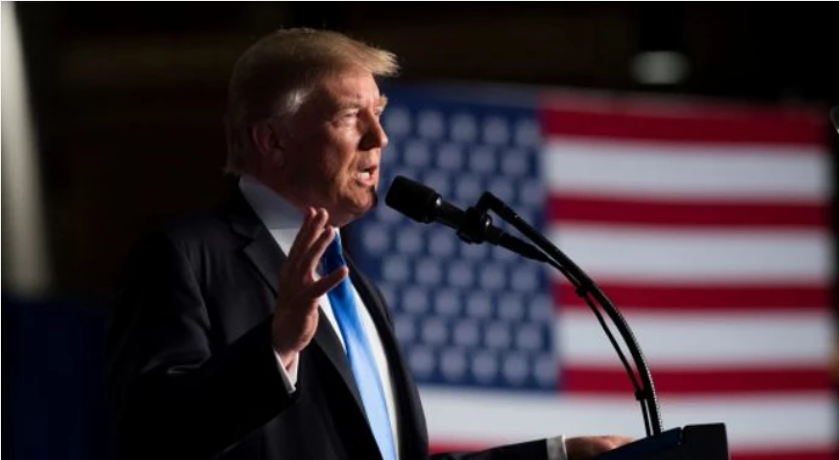 The Right Resistance: No such thing as an ‘extreme’ Republican, only liberal media exaggeration

Democrats are at it again, meddling in various Republican state primaries. When liberals are not encouraging party voters to crossover and participate in competitive open GOP primaries, they’re apparently contributing big dollars to anti-establishment Republican candidates in certain locations who they view as “unelectable”. Translation: they brag that they’re backing conservative “extremists”.

With many states having already held their primaries and the days and weeks between now and November’s federal midterm elections fading quickly, Democrats are running out of ways to direct attention away from the national leadership’s disastrous record. In less than a year and a half, the Biden administration has managed to turn a burgeoning economic machine under Donald Trump into a broken down, sputtering, inflation choked jalopy that can barely make it out of the proverbial driveway.

It seems that Democrats figure the only way they can stave off the red wave four and a half months from now is to try and influence the outcomes on the other side in the near term. Josh Kraushaar reported at The National Journal:

“Democrats are intervening aggressively in Republican primaries, looking to promote MAGA-aligned candidates that have natural appeal to a right-wing electorate but are likely losers in a general election. Their under-the-radar meddling is already paying dividends, potentially taking several big-state governor’s races off the table for Republicans, even given the historically strong political environment for the GOP. The outside engagement is also endangering Republican prospects in a sleeper Senate race.

“GOP party committees generally believe that picking favorites in open primaries—or even opposing extreme candidates—sets a bad precedent. NRSC Chair Rick Scott regularly talks about how he was initially opposed by Florida’s party establishment and went on to win two terms as governor and a critical 2018 Senate race. The governors who make up the RGA leadership, led by Arizona’s Doug Ducey, are similarly wary of outside groups from Washington intervening and needlessly alienating candidates…And Democrats aren’t ruling out getting involved in even more upcoming GOP primaries that feature right-wing candidates—in Arizona, Maryland, Michigan, and Wisconsin, where the choice of candidates could well make the difference between winning and losing…

“Democrats are also walking a delicate line with these interventions. After all, how seriously does the party take its own argument that American democracy itself is threatened by Republicans when they’re boosting some of the most radical conspiracists and election-deniers for naked political gain? But ultimately, the problem lies with the Republican Party, whose electorate is increasingly drawn to extremes and whose leaders are too risk-averse to translate their successful intervention in Georgia into other consequential contests.”

Yeah, sure, Josh. This is the same “extreme” electorate that pushed an outsider first-time presidential candidate like Donald Trump over the finish line in 2016 while maintaining control of the House and Senate in that same election, guaranteeing the late Justice Antonin Scalia’s vital Supreme Court seat would transfer to another Constitution-revering originalist rather than the tragically compromised leftist appeaser Merrick Garland.

It’s also the same “extreme” electorate that has ushered in terrific conservative governors in many states (a majority overall) and has all-but extinguished the Democrat party in flyover country between the coasts (except for Chicago-dominated Illinois and major cities like Minneapolis and Denver). Wouldn’t the same people who call 2022’s conservatives “extreme” also pin the moniker on Florida’s Ron DeSantis? He’s up for reelection this year, isn’t he?

While we’re on the subject, is there anything more inane and stupid than state parties allowing crossover votes in their primaries? What if your club or homeowner’s association permitted members of rival clubs or associations to vote on the governing board? Would football competitors be better off if the coaching staff of the opposing team could help pick the on-field leaders of your team?

Kraushaar is obviously cut from the same cloth as other establishment political “experts” like Karl Rove whose main job appears to be sitting around and studying white boards in some political consultant’s downtown offices while speculating on which candidates could be counted on to perpetuate the status quo once elected. The only problem with these milquetoast ruling class candidates is, if the actual voters sniff the establishment on their lapels, they’ll stay home in November.

While it can be argued that Republican voters are sick of Democrats horning in on their business, they’re equally perturbed by the Mitch McConnells and Paul Ryans of the political universe lecturing on which contenders are the “electable” ones. These ruling elite robots are the essence of go-along-to-get along politicians, the last thing that’s needed in a place as deeply corrupted as Washington DC is these days.

For establishmentarians to keep bringing the “electability” topic up ushers in the same age-old question: who or what determines “electability”? It certainly isn’t settled by the closeness of any particular candidate to the party leadership — or the number of years said man or woman has served in state legislatures or in other political offices. In 2022, the more the candidate can make a case for being an outsider — like Trump was — the better his or her chance of being noticed and supported by the Republican base.

Republican congressional and senatorial candidates only win when they nationalize the issues they’re running on. Democrats would prefer boiling everything down to personal background or stances on micro matters, but conservatives prevail when citizens concentrate on the Democrats’ dreadful national agenda as embodied by senile president Joe Biden, Speaker Nancy Pelosi, “Chucky” Schumer and leftist reactionaries like “The Squad” and clownish fools like Elizabeth “Pocahontas” Warren and Bernie Sanders. It’s funny how Democrats assume that Republican candidates who happen to be Trump adherents and who question the validity of the 2020 election can’t possibly win in November. Surely those who stick to this line of reasoning have seen the polls showing seventy-five percent of GOP primary voters have concerns about or flat-out don’t believe that the Biden-favoring result was legitimate. The establishment media goes out of its way to label Trump’s claims as “false” or not real, but the grassroots voters know better.

Evidence of foul play continues to emerge and the ruse can’t be maintained forever. The recent poor ratings for Nancy Pelosi’s January 6 committee’s prime time show trial reveal that the average American couldn’t care less what Liz Cheney says about Trump. Cheney has her own date with destiny in two months when Wyoming conservatives go to the polls to dump her from carrying the Republican banner into November.

No one I know relies on commentators like Kraushaar or any leftist interest group to determine who the best candidate is in a primary. If the contest is close between two or more good candidates, one can always look and see who endorsed whom. That’s where Donald Trump’s chosen candidates enter the fray, and the former president has a pretty solid overall record despite a few setbacks of late.

Besides, shouldn’t Democrats be more worried about the effects that Bernie Sanders’ chosen candidates will have on their own electoral chances in November? For every media labeled “extreme” Republican that has won his or her primary election, there’s a least one Sanders-backed Democrat example. If given the choice between a candidate endorsed by Donald Trump or one preferred by the radical socialist Bernie bros, here’s thinking rational people will take the former every time.

Again, we’ll find out when all the votes are tallied. Here’s predicting that the establishment will be the biggest loser this year. What happens when “extreme” Republicans win en masse and the speculative talk begins about the 2024 presidential candidate field?

Are writers like Kraushaar leaning on Democrat groups to determine who is electable? Common sense says they’d better be careful what they wish for, because some of these “extreme” (in their estimations) candidates are succeeding in the primaries and will go on to win in the general election as well. The true measure of a candidate’s desirability is determined at the ballot box, not in some conference room by Democrat consultants.

These true-believer Republicans will beat the Democrat candidate because the public is tired of the “woke” Democrat cultural agenda that includes teaching Critical Race Theory and transgender ideology to kids trapped in government schools, but also because average people see the kooks who are besieging Supreme Court justices’ homes and would not want this type of “activism” to be rewarded.

The nation’s pulse is measured on Main Street, not on Wall Street, Hollywood Boulevard, Pennsylvania Avenue, K Street (where lobbyists have their firms) or in San Francisco. I still insist that Americans aren’t as wild about abortion-on-demand as Democrats contend that they are. And, as “Pride” month has shown, “normal” people aren’t crazy about being bombarded with the LGBTQIA+ indoctrination, either. This year’s unique electoral dynamics imply that there’s no such thing as an un-electable Republican in the federal midterm and individual state elections. Thanks to senile Joe Biden, the Democrat brand is down in the dirt where it belongs. Democrats are now the party of $5 gas prices and empty supermarket shelves and hungry, crying babies and distraught mothers.

Liking Donald Trump isn’t “extreme”, but the establishment ruling class media will keep insisting that it is… right up until election day.