Biden’s Destroying Oil & Gas by Weaponizing Every Agency Against Them 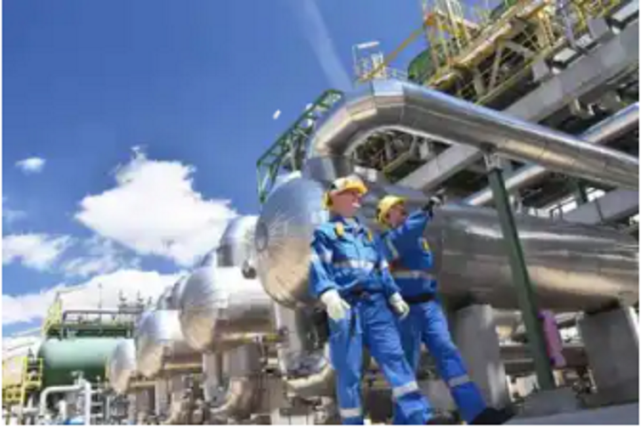 Biden’s Destroying Oil & Gas by Weaponizing Every Agency Against Them

Biden is doing this as he complains that oil and gas are unpatriotic for not drilling more.

Scalise spoke with the heads of oil and gas companies, showing them the list of mountains of regulations Biden leveled against them. He asked them if it hurt their ability to produce more and lower the price of gasoline. They all said, ‘Yes,’ of course, it is, and Joe Biden won’t reverse that,” Scalise said.

Biden is responsible for the higher prices.

Scalise reminded Maria that Biden campaigned on ending drilling in the US – bragged about it. Scalise added that Joe “turned policy over to AOC, Bernie Sanders, Elizabeth Warren, and all the radicals in Washington.”

“He’s turned the policy over to them to go after American companies like energy companies, and then the prices went through the roof, and people got really angry, and he tried to blame everybody else,” Scalise said.

“It’s Joe Biden’s policies. Everybody knows that he can change these policies today. He just won’t because he is beholden to the radical left,” the congressman said.

“You know this is a disturbing pattern we’ve seen from President Biden on so many of the problems that he created that are hurting families is that he just blames everybody else. Maybe they don’t have mirrors in White house, but he’s looking around. He’s pointing fingers,” he said.

What they are doing is madness. 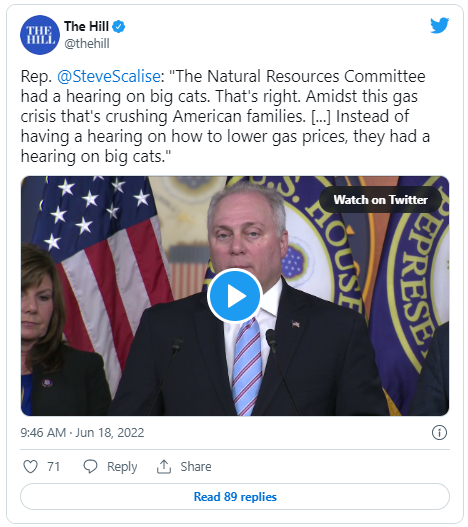 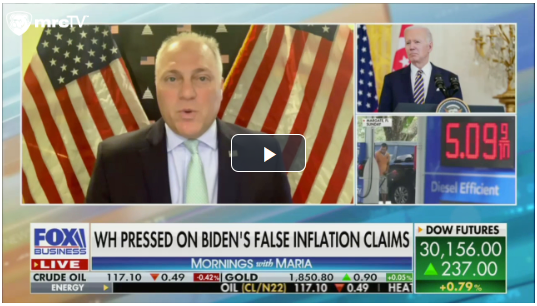 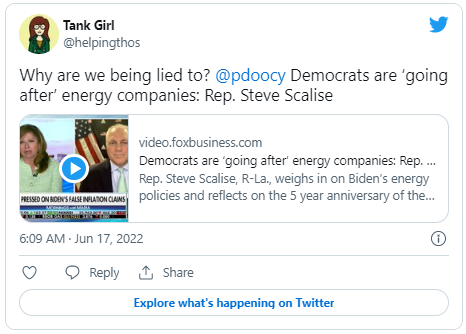