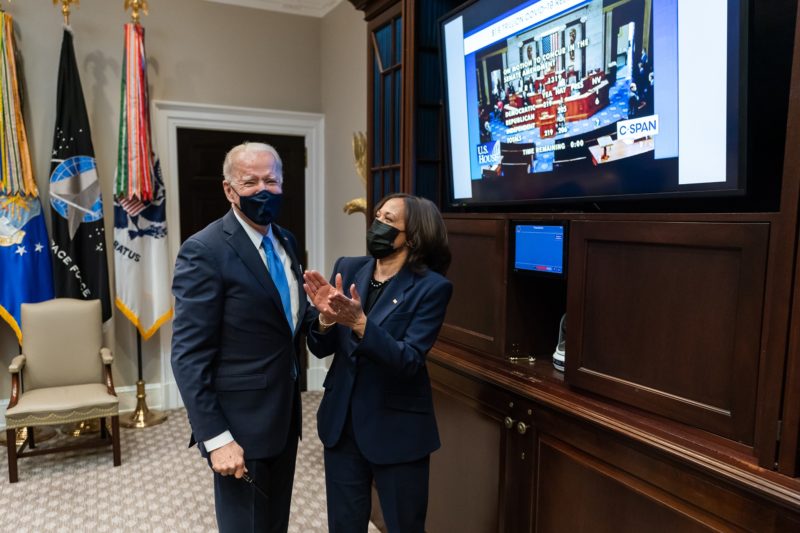 Delusional Americans mock the failures of the Biden Administration – in Afghanistan, on stopping COVID, on rebuilding the U.S. economy, on energy policy, on inflation, on uniting the people, on food security, on immigration, and more.

But they miss the point.

Joe Biden is not here to SAVE America. He is here (whether he realizes it) to destroy it. [Or as Barack said, “to transform” it.]

Biden claims the “short-term” pain will be well worth it once we have junked all gasoline-powered vehicles; shut off the gas to natural gas-powered homes, apartment complexes, businesses, and restaurants; abolished private property; eliminated citizenship; and the rest of the World Economic Forum agenda.

These changes are so radical that few can believe that IS the plan.

Yet they told us up front what they are doing.

Complacency in the midst of steadily increasing heat is death to the frog.

Just this week Chinese-owned Smithfield Foods announced it was closing the nation’s largest pork processing plant and reducing its Western sow herd. “The cost of doing business in California is significantly higher than in other states where we operate,” said a company spokesman. Utilities in California are 3.5 times per head higher; taxes and other costs are also higher.

Emmy-winning reporter Nathan Halverson, addressing the $7.1 billion sale, asserted that China had been buying huge amounts of agricultural land and resources from Africa, Europe, and the United States, because “The world is set for a geopolitical struggle over food.”

Yes, another country has eliminated American jobs, but this shutdown is part of a much larger picture. As octogenarian Lester Brown has dreamed of for decades, we are entering “a transition from an age of surplus to one of scarcity.”

Pork is just the tip of an iceberg about to ram our thin-hulled ship of state. Despite the great need to produce critical minerals essential to the auto, high-tech, telecommunications, and renewable energy industries, the Biden Administration has shut down or refused to permit American mines intended to reduce these dependencies.

During a 2020 primary debate, Biden promised, “No more subsidies for the fossil fuel industry. No more drilling including offshore. No ability for the oil industry to continue to drill, period. It ends.” Few anticipated how quickly Donald Trump’s prophecy would come true – that in a Biden Administration, “you’d be paying $7, $8, $9 [for a gallon of gasoline]. Then they’d say, ‘Get rid of your car’.”

Surely even Biden’s economists knew that their desired higher gasoline and diesel prices would force up prices of everything delivered by rail or truck, put the squeeze on commercial and rural drivers, and devastate the budgets of local police, fire and ambulance, sanitation, and other public services – and those on fixed incomes. They cannot be that stupid.

Yet their only plan for offsetting these drastic impacts of intentional fuel price increases is more inflationary spending. The top brains in Bidenville just laugh in your face, as if back-ordered electric vehicles will solve these real-world problems. They revel in punishing Americans for supposed past sins.

Less than a year ago the Biden brain trust exited Afghanistan leaving citizens and collaborators behind, along with $85 billion worth of weaponry, a list of remaining collaborators, and Bagram Air Force Base (now in Chinese hands). The Taliban leader who joyfully received this largesse was let out of Guantanamo by Obama-Biden.

Some called this incompetence, along with the failing economy, the broken border, and the desperate situation with formula and tampons the result of incompetence.

But what it if wasn’t?

Did the Biden allies use force to stop violent Black Lives Matter (a fraudulent nonprofit) and Antifa “peaceful protests” that resulted in billions in damages, hundreds of serious injuries, and multiple deaths?

No, but they sent riot squads to arrest a political consultant, locked up hundreds under conditions worse than in Guantanamo, and trumped up charges against political opponents – as their allies banned their political speech.

Did the Bidenites, to whom “education” means teaching sexual positions and not math and science or even real literature, do our children and parents any favors by keeping schools closed and small children in masks? Peer-reviewed studies show otherwise.

It is difficult to swallow the myth that the Bidenistas are merely incompetent, hard-headed, or “misguided.” Like Obama, Biden seems more comfortable negotiating with Iran, Venezuela, China, and even Russia (despite the Ukraine war), which continues in its role of “guiding” Iran into a nuclear future with Biden’s help.

But Biden and his band are just getting started – that is, assuming they remain in power through 2024 or 2028. They intend to wreck [restructure] the U.S. economy far more rapidly than Chavez and Maduro did in Venezuela – or so it seems.

The latest news – on top of fertilizer and other shortages due to the Russia-Ukraine conflict – is that CF Industries Holdings Inc. is closing one of its British plants permanently because of skyrocketing energy costs. With fertilizer already in short supply, this bodes ill for food security.

Meanwhile, food production plants in Oregon, Maine, Illinois, Arkansas, Indiana, Arizona, Texas, New Hampshire, California, Tennessee, Georgia, and other states have been damaged or destroyed by suspicious fires in the past year alone. There is no federal investigation.

Could it be that the Biden Bots are counting on massive shortages (and resultant higher prices) for everything from food to gasoline to formula to police and fire protection to “justify” “emergency measures” to tinker with the 2022 elections – or cancel them altogether?

History shows that those who grab power find it difficult to sit back and let it slip away just because the people are in total revolt. The only question is who really is the power behind the podium? One thing we know. It is not Joe. But his weakness is their strength (and our doom).

But it was Joe who on his first day in office set the agenda. Cancel Keystone. Cancel all oil and gas legally possible. Cancel mining operations intended to provide alternatives to total dependence on China and other rogue nations for critical minerals. Bring in hordes of unskilled foreign speakers to increase the size of the federal workforce (to “process” them).

He has gotten away with almost all of his agenda despite increasing public outrage. If he (or his vice president) remain in office through 2024, it may be too late to “save” America.

Predictions for the near term are dire, but to the self-righteous “woke” that is a cause for celebration. If this keeps up, the 88-year-old Lester Brown may soon see his dream come true.