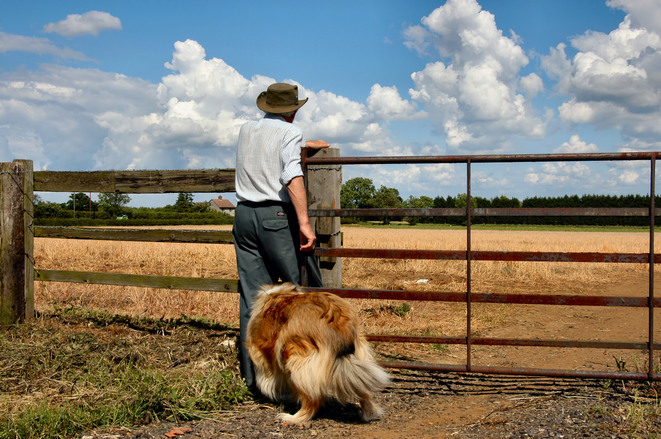 As soaring food prices around the world threaten the nutritional needs of billions of people, a proposed rule by the Securities and Exchange Commission (SEC) targeting greenhouse-gas emissions up and down publicly traded companies’ supply chains “has the potential to significantly increase costs and uncertainty for farmers and ranchers,” according to Zippy Duvall, president of the American Farm Bureau Federation.

In the most audacious effort yet to impose environmental, social, and governance (ESG) standards throughout the U.S. economy, Biden administration appointees to the SEC have proposed a new federal rule, “The Enhancement and Standardization of Climate-Related Disclosures for Investors.” The proposal would require publicly traded companies to report on what it calls “Scope 3 emissions,” which are the result of activities from companies not owned or controlled by a publicly traded company but contribute to its value chain. This makes them fair game for the SEC’s climate disclosure rule, because they are embedded in public companies’ supply chain – even though they – farmers, ranchers, and small businesses – are not regulated by the SEC

“While farmers and ranchers would not be required to report directly to the SEC, they supply almost every raw product that goes into the food supply chain,” the Western Ag Reporter recently pointed out.

Being Part of the Targeted Supply Chain

Farmers and ranchers may not have to report directly to the SEC, but they could find themselves forced to disclose their “climate emissions” to companies that are regulated by the SEC. This disturbing possibility is not lost on the American Farm Bureau’s Duvall.

“American families rely on farmers to put food on their table every day, and farmers are increasingly being asked to answer the growing call for nutrition from families around the globe. Higher costs, liabilities, and privacy issues will all create obstacles to reaching those goals,” Duvall said in a statement.

Small family farms simply do not have the resources to comply with the enormous paperwork burdens the proposed regulation would thrust upon them. Farmer Brown would have to disclose his farm’s greenhouse-gas emissions – carbon dioxide, methane, whatever – to grain suppliers or manufacturers of farm equipment that are regulated by the SEC. Such emissions are almost impossible to measure, requiring farmer Brown to engage in no small amount of guesswork. But if SEC bureaucrats determine that the emissions disclosures are inaccurate, farmer Brown could find himself the target of a federal investigation.

The SEC’s climate-disclosure proposal comes at a time when farmers are coping with an acute shortage of fertilizer. Fertilizer is derived from natural gas, the production and distribution of which is being suppressed by the Biden administration’s climate policies. Skyrocketing fertilizer prices are contributing to rising food prices in supermarkets around the country. The same people who brought you the highest inflation rate in 40 years are now proposing an SEC regulation that will lead to more inflation.

The ESG madness – enthusiastically backed by the likes of investment firms BlackRock, State Street, and Vanguard – is a concerted effort to weaponize the financial sector to destroy certain industries – fossil fuels –to the benefit of others – renewable energy and electric vehicles, in which Wall Street is heavily invested. Leaving no stone unturned, Biden’s climate envoy, John Kerry, who has no expertise on the climate, is reported to be pressuring banks to refuse to make loans to U.S. oil and gas companies, crippling their ability to raise production.

Inflation will be with us for some time, and this summer will see its share of power outages, as the electric grid struggles to absorb more intermittent wind and solar energy. And down the road? Look for a giant green energy bubble to grace us with its presence. There is practically no infrastructure for the millions of EVs we are assured will be on the road in a few years. And the prices for the materials that go into EV batteries – lithium, cobalt, copper, etc. – are going through the roof, as are the prices for some of the same materials that go into wind turbines and solar panels along with their backup batteries. You’ll see all this in the price of electricity, food, gasoline, and many other items.

Not to worry, though. The crowd that brought you the baby formula shortage is on top of it.