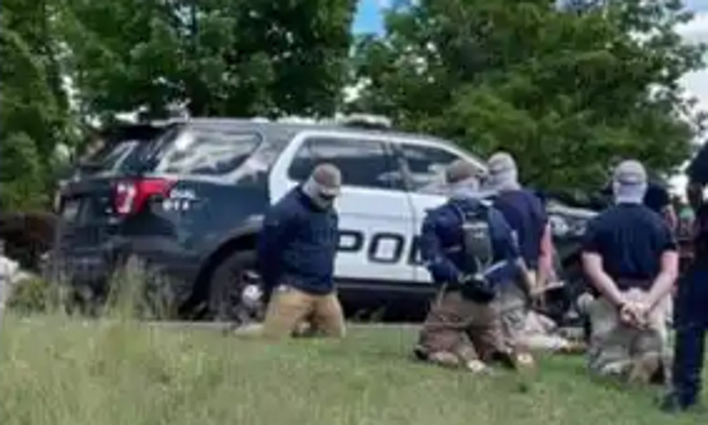 Police arrested 31 men found inside a U-Haul truck near a pride event in Coeur d’Alene, Idaho, on Saturday. Police said they believe the men were affiliated with a white supremacist group – Patriot Front – and were intending to riot.

“It is clear to us, based on the gear the individuals had with them … along with paperwork that we seized from them, that they came to riot downtown,” Coeur d’Alene Police Chief Lee White said Saturday at a press conference.

According to White, police were alerted about the U-Haul around 1:38 p.m. by a concerned citizen who said they saw members of the group getting into the back of the truck. The group was confronted by police about 10 minutes later, White said.

However, one officer said they knew about these people and their plans because “we have informants.”

He also said they were “working with Feds all day.” Police later said at their press conference that a “concerned citizen” told them about the group loading shields in their van.

It seems that if they knew they were going to riot, the officer who said they have informants could be correct. We don’t know the answer. Groups like this should be penetrated by law enforcement.

Also, do they usually arrest potential rioters before they do anything? If so, why don’t they do the same and act as vigilantly against the other fascists – antifa and BLM? They are violent communists and fascist anarchists. BLM also has a money problem – no one seems to know where the donations go – except for their real estate deals. We’d like to see them all taken down.

Antifa and BLM are ignored. Antifa was in Coeur D’Alene but they were ignored. In fact, A violent antifa member with a pending felony case filmed the arrest of the right-wing guys.

If it wasn’t for the extreme 10% on both ends of the spectrum, this country could be peaceful again.

The Sun UK describes them:

The group was first founded in 2017, following the aftermath of the Unite the Right rally, as a split from the neo-Nazi organization Vanguard America.

According to Patriot Front’s manifesto, the group’s mission is to “return to the traditions and virtues of our forefathers.”

In any case, this is an odd, creepy group of men in this supremacist group, Patriot Front. The entire situation is odd. 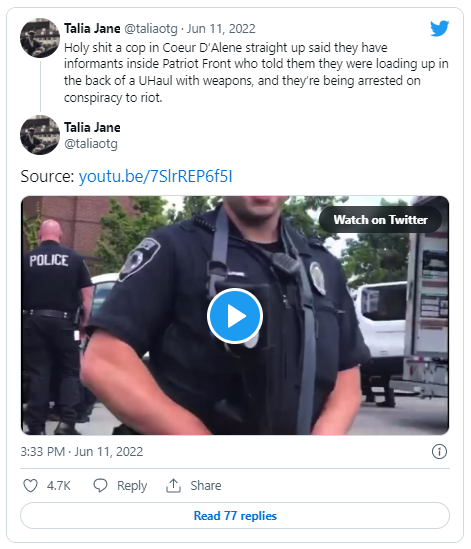 Back in January, we posted about this weird group of white nationalists, but many on the right believe they are an FBI false flag operation. There doesn’t seem to be evidence for that. However, there is something odd about police letting some drive off with their plates taped over. 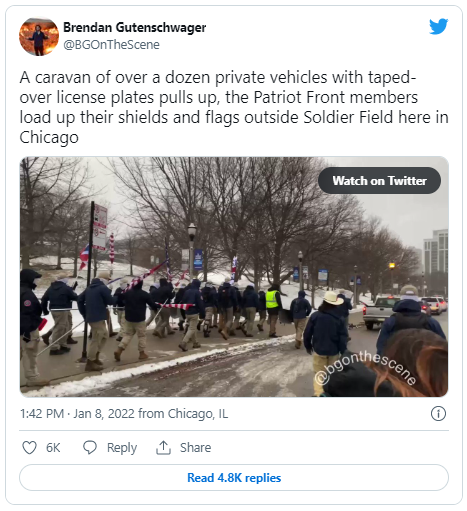