Democrats Gain if a Conservative Supreme Court Judge is Murdered 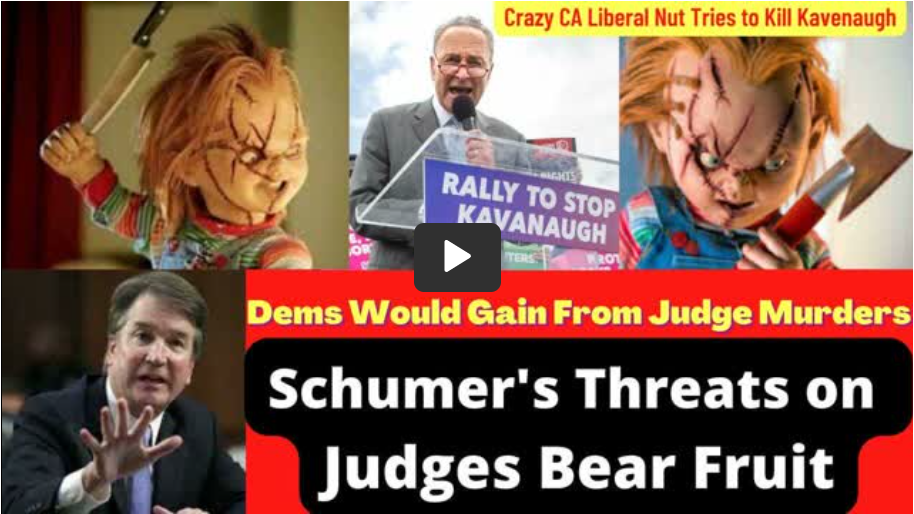 Democrats Gain if a Conservative Supreme Court Judge is Murdered

Ready for another astounding chapter from the Book of Liberal Scumbaggery? The predictable happened—a lost leftist soul traveled cross-country to WA DC intent on murdering Judge Kavanaugh, to protest abortion & recent gun massacres. HUH?!! Yes, a crazy liberal decided to take matters into his own hands and murder a SCOTUS member to apparently save democracy, and battle gun violence, as well. You can’t make this bizarre crap up, folks.

But what do you expect when Chucky ‘Doll’ Schumer literally threatened Kavanaugh and Gorsuch 2 years ago for endangering abortion. Schumer yelled into the microphone at a pro-abortion rally on March 4, 2020: “I want to tell you Gorsuch. I want to tell you Kavanaugh. You have released the whirlwind and you will pay the price. You won’t know what hit you if you go forward with these awful decisions.” 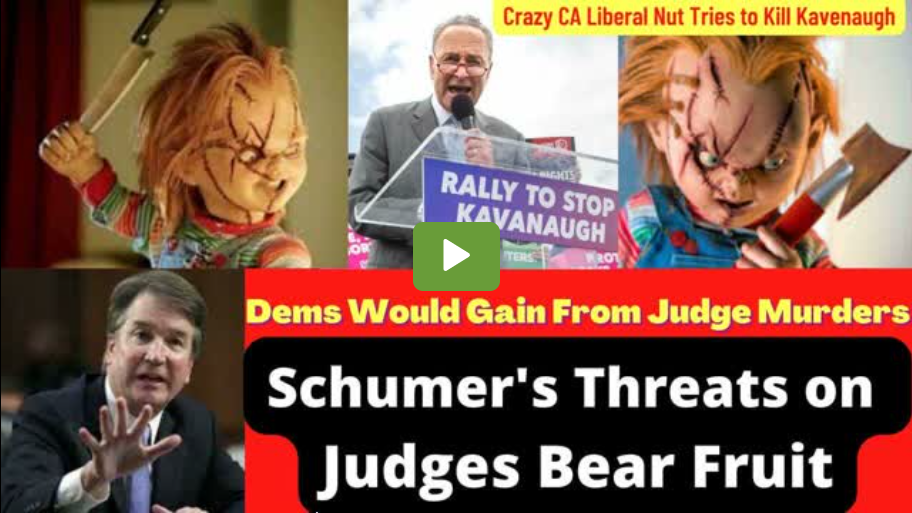 But the recent release of the upcoming notes on the SCOTUS challenge to the Roe case law was designed by Democrats to encourage such unhinged liberals to lash out. Obviously. Those crazy enough to act believe they are humanist heroes called by the universe to defend fetal human deaths. Afterward, crazy, refusing to back a new bill to protect our ultimate arbiters, the US Supreme Court.  Writes BBC:

A CA man faces attempted murder charges after arrest near home of Supreme Court Justice Brett Kavanaugh. Nicholas John Roske, 26, planned to murder a SCOTUS judge, armed with a pistol. Roske hopped out of a taxi in front of Kavanaugh’s home. Carrying a suitcase and a backpack, Roske turned down the street. Soon after, local 911 took a call from Roske, claiming suicidal thoughts, planning to “kill a specific United States Supreme Court justice”. Local police went to the justice’s home and arrested Roske. Justice Kavanaugh and family were home during the arrest. In custody, Roske was “upset” about the leaked Supreme Court document on abortion, and recent mass shooting in Uvalde, TX. He said Justice Kavanaugh might issue rulings loosening gun control regulations. Roske had a Glock 17 pistol, pepper spray, zip ties, a hammer, screwdriver, crowbar and duct tape.

But this attempted ‘Judiciocide’ reveals much darkness and diabolical facts from the Democrat Party.

The only real way for them to win on all of these coming challenges to such laws would be to remove and replace several justices during a Democrat administration. It’s that simple, kids.

So the reason all the leftist violent attempts are happening is they know they can’t win fair. We now see under demented Biden and his unknown but crazy socialist policy makers and speech writers, they are auguring Marxism by making a pact with the Devil to usher in total destruction. With inflation perhaps headed towards ten times its rate of a year ago, and gas prices times five, we now know Democrats are just Stalinists in disguise. They will destroy the entire USA to try to force us into ultimate communism.

Remember that communists cling to the “victory” of the Russian Revolution and believe all violence is acceptable for change because it worked in Russia. See Communism and Political Violence. And so the Pelosis and Schumers will always call for more violence to help save the Holy Revolution. Let’s stand up to these demented monsters to save ourselves and our nation from their dream of locking all of us in Fascist humanist slavery.

Kelly O’Connell is an author and attorney. He was born on the West Coast, raised in Las Vegas, and matriculated from the University of Oregon. After laboring for the Reformed Church in Galway, Ireland, he returned to America and attended law school in Virginia, where he earned a JD and a Master’s degree in Government. He spent a stint working as a researcher and writer of academic articles at a Miami law school, focusing on ancient law and society. He has also been employed as a university Speech & Debate professor. He then returned West and worked as an assistant district attorney. Kelly is now a private practitioner with a small law practice in New Mexico.