Biden’s climate crusaders: What planet do they live on? 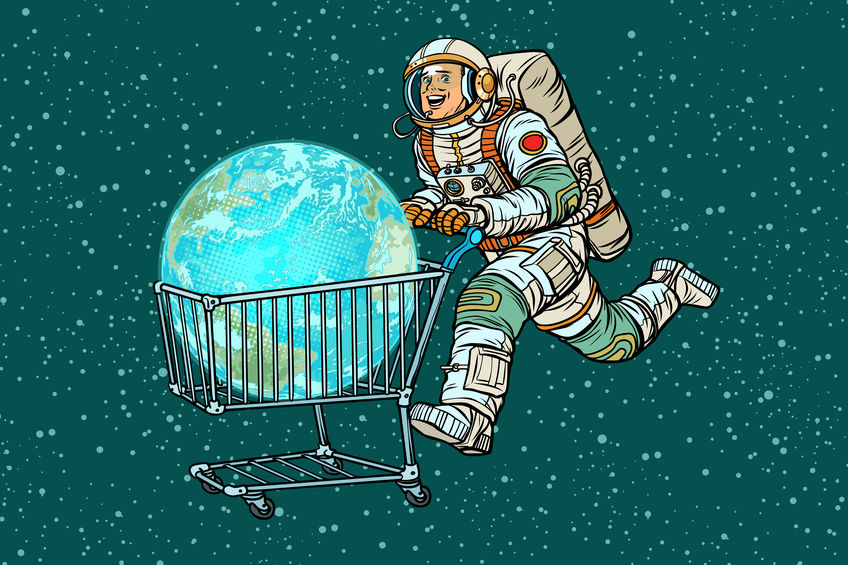 Biden’s climate crusaders: What planet do they live on?

Things in the world have gotten ugly.

Stocks are crashing. Inflation and gasoline prices are soaring. Poor and fixed-income families face growing hardships. Putin’s barbaric war in Ukraine rages on. And violent criminals and illicit drugs stream into America along with millions of “undocumented immigrants.”

But amid these crises, Team Biden remains laser-focused — on manmade climate change.

Climate czar John Kerry worries that the Ukraine war will “distract” the world from global warming, a problem he conjures will create more refugees than ever before once the world’s “entire food production capacity has collapsed.”

Our energy and transportation secretaries are similarly upset by a hypothetical climate apocalypse. They insist people need to rush out and buy $55,000 electric cars and charge them up with expensive “renewable” energy to lower their carbon footprint and avert an imminent global warming catastrophe.

The administration even cited climate change and the need to “go green” to justify canceling the EastMed gas pipeline from Israel to Europe. Of course, such a decision makes Russian President Vladimir Putin stronger and Israel and our allies weaker, but what is that compared to tackling the purported climate monster?

Even crazier, on Earth Day the president pledged that every single military vehicle “is going to be climate-friendly.”

Hmmm. So our supply trucks, Abrams tanks, armored Humvees and Stryker personnel carriers are all going to run on biofuels or batteries? Seabees are going to build huge charging stations, wind and solar installations, and biofuel plants on every potential battlefield? Battles will be fought when the sun is shining and the wind is blowing? And our enemies will display equal dedication to “stopping climate change,” by being just as daft?

Instead of Earth Day, we need a Reality Day. A day when our president and his merry band of climate crusaders can focus on problems in the Real World — not ones created by climate models. Do any of them think or care about the needs of citizens or soldiers?

U.N. Secretary-General Antonio Guterres says extracting more coal, oil and gas is “moral and economic madness.” His acolytes want us commoners to live in apartments the size of a living room in one of John Kerry’s mansions (640 square feet!) and eat bugs instead of beef.

France was going gaga over electric buses — until one erupted in flames, thankfully with no one on board. Northern Ireland farmers will have to slaughter a million sheep and cattle, or its agricultural sector won’t meet its legally binding net-zero climate emission targets by 2050.

Meanwhile, China and India and dozens of other countries are burning more coal, oil and natural gas every year. China alone will increase its coal production by some 300 million tons in 2022. That increase is more than half of what the U.S. burned in all of 2021.

Even if the United States (and Britain, Europe, Canada and Australia) totally eliminated fossil fuels, it wouldn’t make a bit of a difference for global carbon dioxide and greenhouse gas emissions. We would destroy our economy, jobs and living standards for nothing.

“Progressives” don’t want anyone hearing about any of this. That’s why they’re apoplectic over Elon Musk buying Twitter and suggesting he might rein in its hordes of far-left “fact-checkers.”

It’s why the deep state cancel culture was thrilled about the Department of Homeland Security’s plans to create a Disinformation Governance Board — run by commissar Nina Jankowicz, who despises viewpoints that differ from hers.

Even scarier, this DHS Ministry of Truth would have enforcement powers that could be used to ensure that articles like this will be the last to raise questions about “the climate crisis” or “clean, renewable, sustainable” energy.

Things are coming to a head. The November elections will play a major role in determining whether America’s living standards and freedom of speech live on — or are consigned to history’s dustbin.

This article originally appeared in The Washington Times