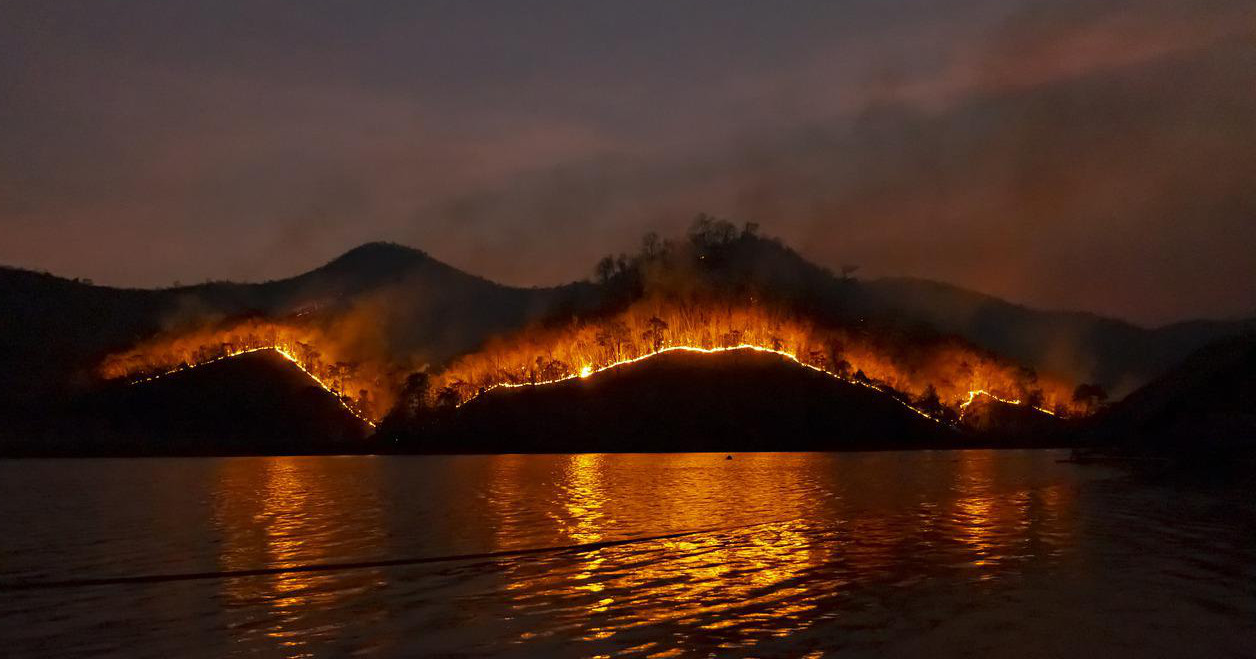 HAS WAR BEEN DECLARED ON AMERICA BY OUR GOVERNMENT?

When the mainstream “fact chuckers” (those who toss facts in favor of lies) scream “conspiracy theory”, we know we’re onto something big. And they are, yet again, giving us tin foil hats on our reporting of these fires.

On March 24 at the G7 Summit, the Junta propped Biden up enough to announce that there would be worldwide food shortages and they would be “real”. Within weeks, America’s food industry began to experience a string of destructive fires and explosions. Just as we began to notice and take count, the farcical fact checkers (Snopes and the like) began to howl that we were espousing another “conspiracy theory”. As soon as they do that, I am always comforted. We are on the right track, and these fires are far from accidental.

Twenty-five have occurred nationwide since July 2021. There have been explosions, raging fires set in the middle of the night, and even two plane crashes into buildings, kamikaze style.

Coincidence? I think not.

Here is the list, by date. I sourced this from an excellent article by Michelle Edwards of uncoverdc.com,

Since Michelle wrote, two MORE fires have occurred, in a Perdue plant in Chesapeake, VA, and at a chicken farm in Jones County MS, which was destroyed. The list even includes two food pantries where supplies were gathered to feed the poor. Please don’t be mistaken that this Marxist government cares about the “little guy”.

There have been several destructive fires at food and fertilizer businesses in other countries as well. Here, though, I’ll stick to our country and the attack on us.

Put each one of these on a calendar. It’s a powerful image that there is something terribly wrong.

The details of each tragedy, as horrid as they are for workers, owners and consumers alike, are NOT the most important thing here. The fact that they have all occurred under the Joe & Co regime is the key. Our food sources are being removed one by one.

It looks very much like the Junta has declared there will be food shortages (“You will have nothing and like it”, Klaus Schwab, WEF) and they begin to happen.

THEN, the Union Pacific RR announced that it will be curtailing shipments of grain and fertilizer – now, in the spring growing season when they are needed the most. https://leohohmann.com/2022/04/19/major-railroad-company-curtailing- shipments-of-fertilizer-ahead-of-crucial-spring-planting-season/

THEN, one of the “brains behind the World Economic Forum has declared that people are “useless eaters” and are just taking up space.

Add it all up. These is little doubt that our nation’s food supply is being actively reduced. Quite likely, on purpose. Most of these fires destroyed entire operations. Owners have said that, because of the high costs and shortages of building materials and workers, (ALSO, Regime-imposed) they may not rebuild. The owner of a burned out Wisconsin meat plant says that the state canceled his business license immediately after the fire, and he had to reapply to begin to rebuild. Apparently, it is easier to vote from the grave than it is to do business in Wisconsin!

The Ukraine War and the evil Putin are being touted as the causes of every problem in America today. We know, however, that is just more lies, from a group of top-level professionals in the game of prevarication, aka BS. The failed Regime needs excuses and a fall-guy, of course. There’s only one problem with lying about this string of food production disasters…so far not one Russian bomber or foreign adversary has been found to be a part of any of the 25 fires. The fires are occurring at a rate of nearly 2/month since the coup, and with increasing frequency since we’ve had Putin to blame it on.

Stay alert, America. War has been declared on us, by our own government.

If you work in a food or fertilizer business be suspicious. Keep your eyes open and stay safe.

If you are working to secure the November elections, work twice as hard. Organize groups in your community to provide 24/7 eyes on the drop boxes, if your state has them. See the film, 2000 Mules, if you have any doubts about what happens there. Retired members of the military are ideal for this job; recruit them from your local VFW. Former military members are among the most incensed at what is happening to the country they risked their lives to defend.

The mid-term election in November – if it is allowed to happen – will be our last chance to save our Republic, and ourselves. I’ve said it and I’ll say it again. The desperation of the failing Left becomes more obvious each day. They are wounded and dangerous. They will stop at nothing. Ministries of Truth, SCOTUS breaches, weapons confiscation, banking failures and a grid crisis or two may all be in our future. Stand guard, stay informed and stay strong. Do what you can, where you can. Work, volunteer, donate, communicate. Whatever you can do, PLEASE GET OFF THE COUCH AND OUT THE DOOR. We have a country to save, and you must do it from your local communities.

Kat Stansell is the Grassroots Outreach Director for the American Policy Center. A native of Cincinnati Ohio, and graduate of Denison University, Kat served the Village of Mettawa, IL, as treasurer and chair of the Planning Commission, where she got a good look at the process of civic vs. corporate interaction. She has been a local activist, working for several candidates and organizations. She has also written for newspapers and websites, and organized events highlighting issues of the day.