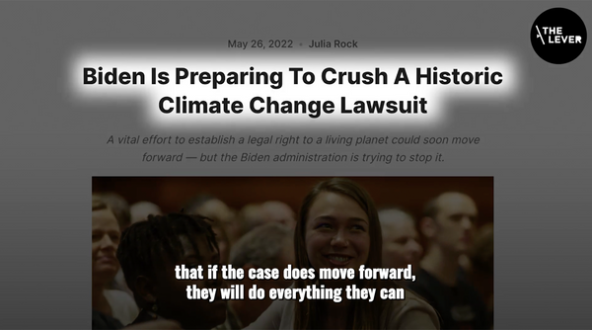 A vital effort to establish a legal right to a livable planet could soon advance — but not if the White House gets its way.

A federal court is expected to deliver a ruling that would bring a major climate change lawsuit to trial. But as our new video demonstrates, plaintiffs in the historic Juliana v. United States case face a major obstacle: President Joe Biden’s Justice Department.

The lawsuit was brought by 21 youths in 2015 and seeks to establish a constitutional right to a livable planet. Success would mean the ability to deem unconstitutional federal policies pushing for new fossil fuel development — a move that could greatly help efforts to address the escalating climate crisis.

But the Biden administration is working to crush this monumental legal effort. Watch our new video to find out how — and then share it on social media and forward this email to friends and family. 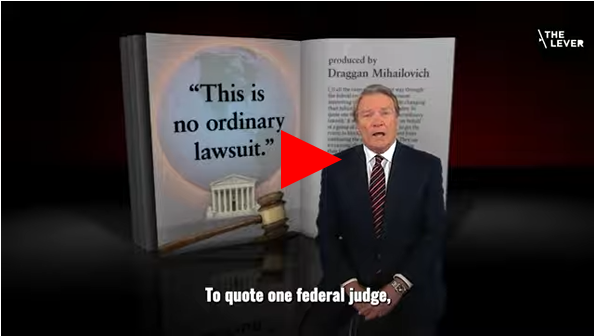 We don’t answer to corporations. We’re a reader-supported news outlet — which is why we can produce this video and report stories like this and this that fossil fuel interests would rather keep out of public view.