National Socialist Media: It’s Only A Coincidence We Want To Confiscate Guns Like The Nazis 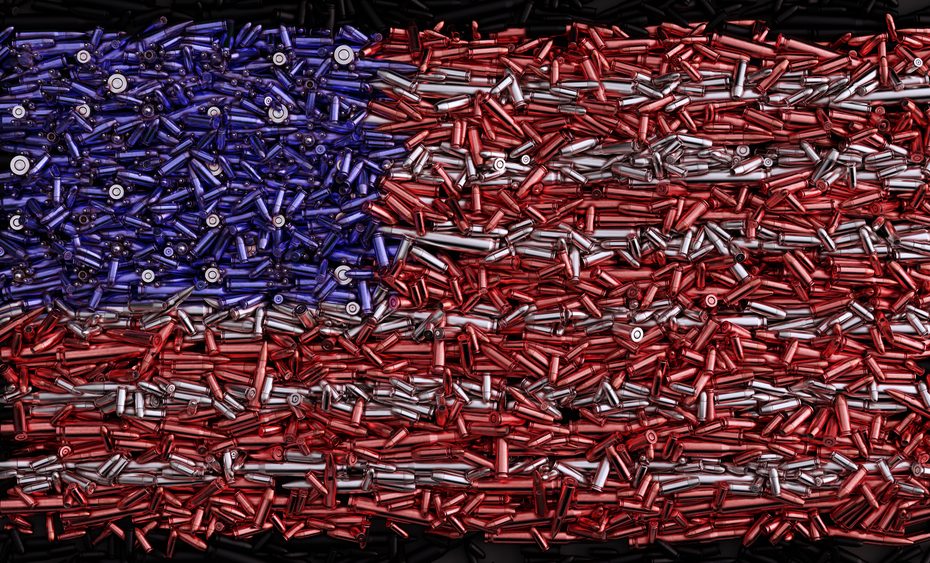 National Socialist Media: It’s Only A Coincidence We Want To Confiscate Guns Like The Nazis

Have you ever noticed that our esteemed national socialist media spends an inordinate amount of time attacking anyone who dares to compare their collectivist actions to other collectivists? Have you also noticed that you can be sure a socialist nation has failed when our nation’s socialist media suddenly decides that it was somehow, someway ‘right-wing’? Their severe difficulty in always trying to push these lies is that all of these socialist nations have certain characteristics in common that simply don’t exist with countries imbued in the pro-freedom right.

The most glaring example is the parallels with the government of the National Socialist German Workers’ Party, with gun control. To which the Washington Post and the Philadelphia Inquirer are in high dungeon. Because the Nazis only wanted gun registration and then gun confiscation. These days, this is massively contrasted with the nation’s anti-liberty, socialist left only wanting gun registration and then gun confiscation. But these are called ‘expanded’ background checks and unconstitutional gun confiscation ‘red or yellow’ flag orders, so it’s totally different.

Considering all of this, we present a video of Kitty Werthmann, a survivor of that time who gives her account of Hitler’s takeover of Austria. The similarities will be stunning, but remember, that’s just a coincidence. According to the nation’s socialist media, there’s nothing to see here, so just move on.

Kitty Werthmann, an Austrian World War II survivor, gives her account of Hitler’s takeover of Austria. The similarities to today’s left and their “progressive agenda”, are staggering! This is a MUST WATCH!

WWII Survivor Warns of SOCIALISM and GUN CONTROL! (MUST WATCH)

Most people grounded in logic and basic word definitions realize that the National Socialist German Workers’ Party was of the anti-liberty, socialist left. You can just imagine the feigned outrage in any of them in reading that last sentence. We know that’s fake because they never can make a full case for their biggest circular lies. Again, we’re not supposed to notice that the Nazis were a Socialist Workers’ Party, that is one of the primary reasons they use ‘Nazi’ instead of their actual name, a tradition that dates back 90 years to the 1930s and the defunct Union of Soviet Socialist Republics.

The 24th edition of Etymologisches Wörterbuch der deutschen Sprache (2002) says the word Nazi was favored in southern Germany (supposedly from c. 1924) among opponents of National Socialism because the nickname Nazi, Naczi (from the masc. proper name Ignatz, German form of Ignatius) was used colloquially to mean “a foolish person, clumsy or awkward person.”

The NSDAP for a time attempted to adopt the Nazi designation as what the Germans call a “despite-word,” but they gave this up, and the NSDAP is said to have generally avoided the term. Before 1930, party members had been called in English National Socialists, which dates from 1923. The use of Nazi Germany, Nazi regime, etc., was popularized by German exiles abroad. From them, it spread into other languages, and eventually was brought back to Germany, after the war.

In the USSR, the terms national socialist and Nazi were said to have been forbidden after 1932, presumably to avoid any taint to the good word socialist. Soviet literature refers to fascists.

Their primary methodology in arguing these ridiculous assertions is to state it without evidence with the false presumption that it’s true and then demand that we prove it’s untrue. As they say “That which can be asserted without evidence, can be dismissed without evidence”. But we can easily do more than that.

Because after decades of pushing this lie, the nation’s anti-liberty, socialist left, you would think that would have come up with some better arguments besides the absurd ‘North Korea’ talking point to explain away that the Nazis were socialist-left.

Their other talking points are equally flaccid, starting with the ‘rivalry’ argument that somehow rivals can’t have the same ideology, which is absurd given the example of Islam. But the same holds for the various collectivist ideologies, they can simply be rivals and have the same belief system.

Then there is the ‘privatization’ talking point that is eviscerated by the fact that fascism is defined as socialism with a capitalist veneer. There is private ownership of property, but it is controlled by the government. As the Oxford English Dictionary defines socialism:

A political and economic theory of social organization which advocates that the means of production, distribution, and exchange should be owned or regulated by the community as a whole.

Then, of course, there is the tried-and-true trade union talking point that completely ignores the fact that other socialist nations such as the Warsaw Pact era Poland suppressed the trade union Solidarity.

We would be remiss if we didn’t address the fact that the Washington Post and the Philadelphia Inquirer have their knickers in a twist over the fact that someone from the pro-freedom side would dare compare their socialist national agenda to pre-WW II Germany’s national socialist agenda. The fact that they obsess over gun confiscation while being sure to always tell us that:

For so many of you at home, I want to be very clear: This is not about taking away anyone’s guns.

It’s even more amazing that they barely have the slimmest toehold on a slight advantage in congress. Some making open threats to take full advantage of the current crisis to empower themselves and ram though draconian controls on guns. But the Washington Post sees this raw power grab as the workings of democracy:

It would constitute elected representatives responding to a severe public health and safety crisis with modest regulations that would not “remove” the right to bear arms and put us on a slippery slope to tyranny, as Mastriano feverishly puts it.

So, remember, even if the nation’s anti-liberty, socialist left has been caught lying about a lot of things and even if they are acting like collectivist authoritarians of the past. There is even more reason to believe their lies that the Nazis were ‘right-wing’ because why would they lie about something like this? It’s not as if their lies would bring them, even more, control and authority over the people, just like the Nazis, and they would have no reason to want to do that would they?

D Parker is an engineer, inventor, wordsmith, and student of history, and the director of communications for a Bill of Rights organization and a longtime contributor to conservative websites.  Find him on Substack