High Gas Prices are Caused by Governments, Not Companies 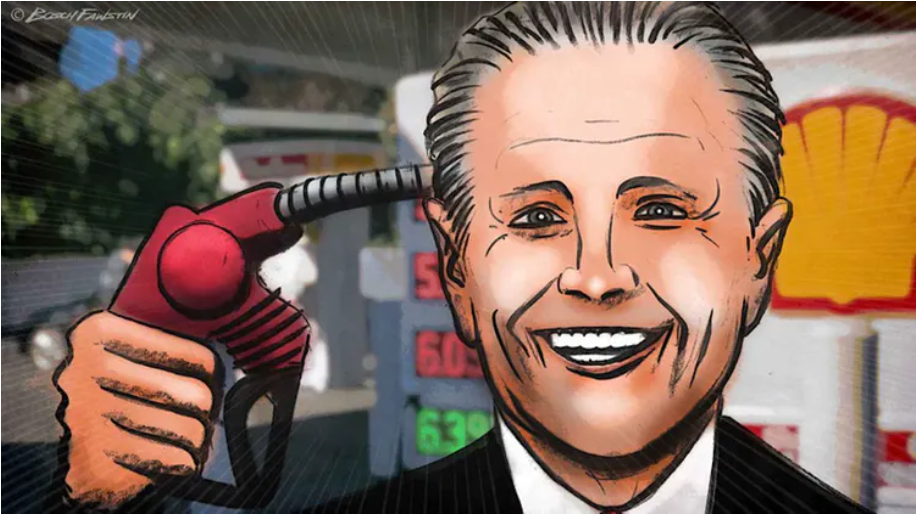 High Gas Prices are Caused by Governments, Not Companies

33 cents a gallon for gas companies, $1.41 in taxes for the government.

When Governor Newsom and New Zealand Prime Minister Jacinda Ardern met to announce a deal between the tiny country and the broken state, it was another example of California illegally enacting its own foreign policy. And a reminder of why California gas prices are so high.

The memorandum had California promising to be “carbon neutral” by 2045 and to promote the “environmental integrity of carbon pricing instruments”. California’s crooked carbon pricing schemes have become notorious for both their worthlessness and their corruption.

And California drivers are paying the price.

A report from Stillwater Associates last year found that California consumers were paying an extra $1.19 a gallon. This year the added costs include a 51 cent state excise tax, an 18 cent sales tax, 20 cents for Fuels Under the Cap, part of the state’s corrupt environmental cap and trade program and 17 cents for the Low Carbon Fuel Standard.

Californians are paying a $1.41 federal and state tax markup on $3 bucks of crude.

Biden and other Democrats have blamed corporate profits, but the gas stations and suppliers are making a mere 33 cents a gallon or less than a third of the state’s added $1.08 in various taxes. Even the refiners are only making 72 cents. The biggest piece of the pie is coming from the taxes, many of them hidden, imposed by Democrats in the name of saving the planet.

While Newsom and Big Green describe some of these taxes as “allowances” and “credits” as part of a “marketplace”, they are really a corrupt scheme to force consumers to pay money to special interests and politically connected companies under the guise of “saving the planet”.

The Left now attacks Elon Musk, but California’s environmental regulations kept Tesla profitable. For example, in 2020, Tesla reported $428 million in sales from “regulatory credits” amounting to “four times Tesla’s $104 million of net profit for the quarter”. In the first quarter of 2021, Tesla sold $518 million in “credits” and Autoweek noted that it was making “more money selling credits and bitcoin than cars.” Credits are like bitcoins the government forces you to buy.

Regulatory credits are a corrupt environmental scam in which car makers who sell regular cars to ordinary people have to buy “credits” from electric car makers like Tesla, who sell to the rich, and then pass on the high costs on to working class and middle class car buyers.

The dirty truth about California’s electric car market is that it’s subsidized by people who can’t afford them. And the same situation applies to gas prices with their burden of green taxes.

Democrats sold the fuel taxes as penalties on polluters. They claimed that imposing them would “make the polluters pay”. Few Californians seemed to understand that by “polluters”, the Sacramento political establishment meant the single mother picking up her son from school, the supermarket cashier commuting to work, and everyone else who can’t afford a Tesla.

The California average gas price is now over $6 a gallon, compared to $4.60 for the rest of the country, because Democrats are making ordinary drivers, whom they call “polluters”, pay.

Gov. Newsom is touting his new deal with New Zealand, even though most California environmentalists have turned on the corrupt green scam that’s killing the state.

ProPublica, a leftist group, noted that, “California’s oil and gas industry actually rose 3.5% since cap and trade began.” While the idea that there’s anything wrong with carbon is an environmentalist hoax that props up corrupt green special interests, the Brown-Newsom green tax isn’t even coming close to accomplishing the stated goals that is the basis for those taxes.

A Bloomberg article last month began by arguing that, “California’s carbon market was supposed to be a model for the US, harnessing the power of capitalism to fight climate change in the world’s fifth-biggest economy. But nearly 10 years after ‘cap and trade’ began, there’s little proof the system has had much direct impact on curbing planet-warming pollutants.”

Before bitcoin, environmentalists created an imaginary “carbon currency” and a marketplace around it that forced ordinary consumers to fund corporate bribery of top Democrats. Some of the biggest companies in the country boast of going “carbon neutral” by 2030, 2045 or 2980, when what that actually means is that they’re buying “carbon offsets” and changing nothing.

The carbon scam has made the right sorts of people rich and everyone else much poorer.

California began trading “emissions” in the 90s with the Regional Clean Air Incentives Market (RECLAIM).A decade later, Anne Sholtz, an environmental law academic and emissions broker who helped set up the program, had been arrested by the EPA on wire fraud charges.

Sholtz had all but invented the modern electronic pollution marketplace. She met with Al Gore and gave plenty of interviews until she was arrested for trying to trade credits she didn’t have.

But can there be fraud when the whole thing is a scam?

Big Green created a massive industry based on trading indulgences from government environmental mandates. An industry now worth billions, is being touted to investors as having the potential to hit $100 billion or $200 billion or infinity by 2030. It’s an industry that, unlike those it’s using the government and leftist activists to shake down, is worth nothing, produces nothing, and exists purely as a rent-seeking parasite destroying American living standards.

Each company and investor joining the regulatory Ponzi scheme is now motivated to pressure governments, local and national, to impose more taxes and push more companies into the market so that those who got in earlier will steal more from those who come in later. This perverse socialist mockery of capitalism is depicted as “saving the planet” even though it has failed to do anything to move the dial even on the environmental hoax that justifies its existence.

And that is one reason why California’s gas prices are some of the highest in the nation.

But like vegans, legal shoplifting, and shopping bag bans, what starts in California, doesn’t stay there. Biden and Senate Democrats have tried to impose a national carbon tax on Americans.

Had Senator Manchin not rejected last year’s proposed carbon tax, the whole country would have been hit with a tax of at least another 18 cents per gallon. Senator Whitehouse’s proposal would have added about 14 cents a gallon, but would have increased “5 percent above inflation annually.” That kicker, also a part of California’s gas taxes, is what’s really making them rise.

And that’s just for starters.

And it would only go up from there.

California is a cautionary tale that when environmentalists, leftists, and other Democrats claim that they want to “make polluters pay”, they mean you.

Driving by a Los Angeles gas station last week, I saw that the price was approaching 7 bucks.