Germany’s Green Energy Fixation Should Teach US a Lesson 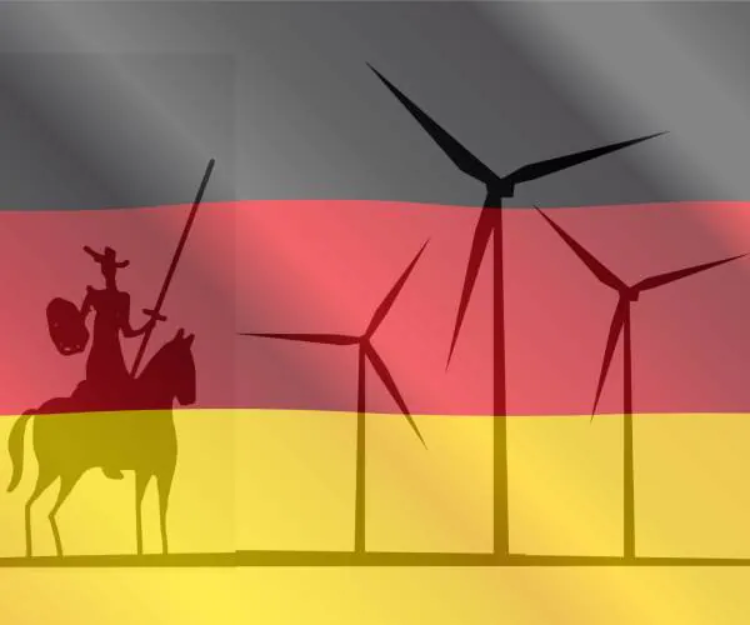 Germany’s Green Energy Fixation Should Teach US a Lesson

After tasking his top officials to assess energy security implications of Germany’s dependence on Russian supplies in the event of a then- looming Ukraine invasion, their conclusions were desperately dispiriting.

Habeck reportedly told an interviewer: “I thought to myself ‘the situation we are in is a catastrophe. I can’t possibly take responsibility for perpetuating this total, terrible helplessness.”’

What had Habeck belatedly realized?

A major lesson — and one we might expect would have been obvious very early on — is that wind energy which Germany built a lot of is neither reliable nor cheap.

As a matter of fact, Germany, with the highest installed wind power capacity in Europe, also, along with Denmark, has among the highest electricity prices worldwide … around USD 35 cents per kilowatt hour in the second quarter of 2021, ranking 15th as most expensive out of 133 countries.

That ranking doesn’t account for a present surge in German energy prices which are likely to go much higher.

Nevertheless, this was already more than three times what we then paid in America (11.8 cents/kWh), which is projected to increase about 4% this year.

On top of already high price pain, Germany had a breezily bad wind yield last summer, the weakest in over 20 years, with onshore electricity generation only 87% of that produced in 2020.

This required that Berlin had to crank up more of Habech’s Green Party-loathed coal and lignite-fired plants to make up the difference.

What else could they do?

Germany, a dominant EU economic power, relied on Russia for more than half of the natural gas and a third of the oil they burn to power factories, heat homes and fuel trucks, buses and cars.

To make matters even worse, roughly half of Germany’s coal imports which are essential to its steel manufacturing come from Russia as well.

So it’s not as if Habech should have any trouble eliminating Russian coal imports. The global supply is plentiful, and Germany itself has vast reserves of it that are easily accessed and transported.

As for natural gas, as recently as 15 years ago EU member countries produced more gas than Russia exported.

Also paradoxically, although Europe’s gas reserves are smaller than Russia’s, they may have as much technically recoverable shale gas as the U.S. which their governments won’t allow to be developed.

Regarding oil, Germany has relied on Russian deliveries for about 35% of their supply via dedicated pipelines for decades since their ports have limited capacity to host supertankers from other suppliers. Germany also lacks pipelines for coast-to-coast transport, and the country has allowed most of the containers used to move it by train to be scrapped.

So forget about cheap energy for Germany, especially natural gas which is essential to the country’s economic competitiveness. As projected by The Wall Street Journal, Germany’s gross domestic product could fall by up to 6% if Russian deliveries are stopped.

By the time Putin’s troops invaded Ukraine, Germany was already paying Russia about $208 million for energy daily, curbing their enthusiasm for Western financial sanctions that followed.

All consequential dependence and desperation are entirely self-inflicted, dating back to the Cold War when West Germany supplied the Soviet Union with steel to make pipelines in exchange for cheap natural gas.

The Nord Stream 2 gas pipeline was ready to come online but Germany mothballed it when Russia attacked Ukraine. Germany provided decisive backing over the past 16 years to develop the pipelines, which together cost around $20 billion.

The first of those pipelines was agreed on shortly before former Chancellor Gerhard Schröder was replaced by Merkel in 2005.

Only weeks after leaving office, Schröder, a personal friend of Putin, was awarded a senior Nord Stream position to become an influential lobbyist for gas giants Gazprom and Rosneft, with access to leading politicians, including current Chancellor Olaf Scholz and his senior aides.

By the time Merkel recently stepped down and Scholz stepped in, Germany had come to be the world’s biggest buyer of Russian gas, and one of the EU’s most dependent countries on Russian energy.

Germany’s green-obsessed government has made itself even more reliant on natural gas because of earlier decisions to phase out nuclear and coal-fired power plants.

Vice Chancellor Habech is on a hunt to buy liquefied natural gas, or LNG, from suppliers such as the U.S. and Qatar. The problem is that LNG travels by ship before being re-gasified at special port facilities that Germany doesn’t currently have.

Although new contracts struck with Norway and Gulf states has somewhat helped Habeck reduce Russian supplies, a key Schwedt refinery in eastern Germany, which supplies most of the region’s car, aircraft and heating fuel, is controlled by Rosneft which has no interest in refining non-Russian oil.

So much to the angst and incriminations of his former Green Party pals, Habech is seeking to lease a couple of Greece’s giant floating LNG terminal ships, Transpower and Transgas, which are set to come online early next year.

With no thanks to President Joe Biden’s war on fossil energy which is causing shortages and record prices in America, we can’t do much to help.

Yes…there is a dire lesson in this for us, too.

Larry Bell is an endowed professor of space architecture at the University of Houston where he founded Sasakawa International Center for Space Architecture and the graduate space architecture program. His latest of 11 books, “Beyond Flagpoles and Footprints: Pioneering the Space Frontier” co-authored with Buzz Aldrin (2021), is available on Amazon along with all others. Read Larry Bell’s Reports — More Here.