NATO To Kick Off Baltic War Games With Finland, Sweden 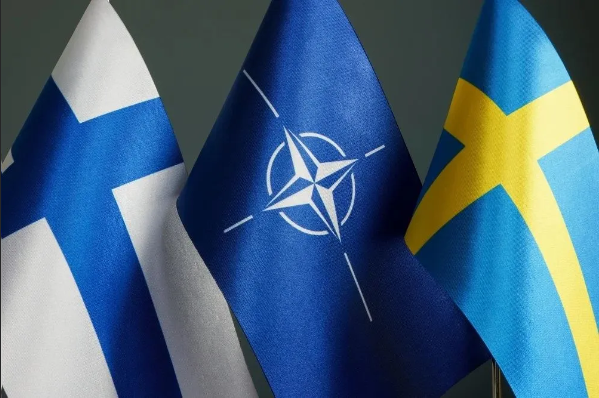 NATO To Kick Off Baltic War Games With Finland, Sweden

Gen. Mark Milley says the military drills are a show of force to Russia. However, Helsinki’s intelligence says Moscow has not responded to its NATO membership bid

The North Atlantic Treaty Organization announced it will launch military drills with 7,000 troops in the Baltics. The provocative war games will include Sweden and Finland. Stockholm is hosting the exercises after applying for NATO membership last month.

The war games, dubbed Baltic Operations (BALTOPS 22), are based in Stockholm. BALTOPS 22 will primarily consist of naval operations and run from June 5-17. The drills will involve 45 ships and 75 aircraft. Sixteen nations will participate, including Belgium, Bulgaria, Denmark, Estonia, Finland, France, Germany, Latvia, Lithuania, the Netherlands, Norway, Poland, Sweden, Turkey, the United Kingdom, and the United States.

The annual war games are taking on increased significance as Helsinki and Stockholm recently submitted their applications to join NATO. The USS Kearsarge is in the Swedish capital city for the war games. According to Chairman of the Joint Chief, Gen. Mark Milley said, part of the ship’s mission is a show of force to Russia.

“I think the Kearsarge being here is a pretty strong statement,” Milley said. “This is a big exercise with 7000-8000 soldiers from 16 countries, two of which are not NATO members,”

Swedish Prime Minister Magdalena Andersson added, “This shows President Biden’s security assurances are followed by actions.” Several NATO members gave security guarantees to Sweden and Finland as they go through the membership process. The security guarantees are meant to prevent a Russian attack before Stockholm and Helskinki receive protection under the alliance’s mutual defense pact.

Russia says it will not react to Finland and Sweden joining the North Atlantic alliance but warned against a military buildup in the Nordic counties.

Antti Pelttari, head of Finland’s intelligence service, confirmed Moscow had not targeted Helsinki with reprisals since it submitted its NATO application. “It has been rather quiet, and let’s hope it stays that way,” he said in an interview with Financial Times. “It’s a positive thing that nothing has happened.”

Kyle Anzalone is the opinion editor of Antiwar.com, news editor of the Libertarian Institute, and co-host of Conflicts of Interest.