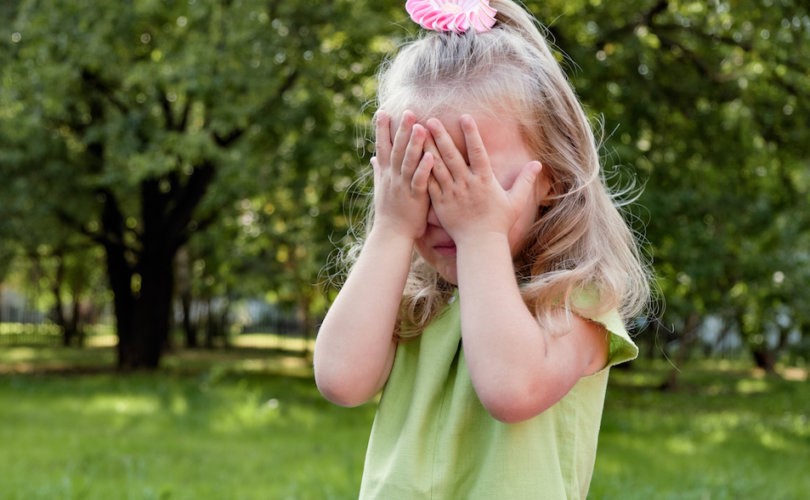 There is a word for adults who take children to sex events. That word is ‘abusive.’

Canada’s state broadcaster has also suggested in the past that a “pride” parade is good fun for the whole family, noting that parents should be open-minded and take their kids despite the fact that “Your kids will probably see boobs and penises. There will bodies of all shapes, sizes and in all states of undress.”

Over at Fatherly, Heather Tirado Gilligan is now making the same case just in time for “pride” month in an advice column titled “Should You Take Your Kids to a Pride Parade?” These parades, Gilligan noted, are “filled with sights that may be new to kids, like public nudity and kink.” So should parents take their children when they will be exposed to adult genitalia and “kink” — which means sexual fetish behavior acted out on the street? Gilligan’s answer is an unequivocal yes.

READ: Priest in Ontario promotes ‘Pride Month’ in a Catholic school board video

Parents should use “pride” parade as an opportunity, says Gilligan. They should introduce their children to the history of the LGBT movement, buy them some LGBT children’s books, and ensure that, if you are “cisgender,” your children know that they need to be “respectful” of queer people. She quotes a helpful expert who assures parents that everything is fine:

Jenifer McGuire, Ph.D., an associate professor of family social science at the University of Minnesota, has been to Pride celebrations across the world with her family, from Tucson to Amsterdam. McGuire, a lesbian parent, always preps her kids for possible adult content beforehand. After a few events, the kids knew to expect nudity and other surprises. “They just had to learn to laugh and enjoy things. Like there were these Beanie Babies with giant penises on them,” McGuire says. “For a fourth- and fifth-grade kid, that’s super funny.”

Who doesn’t want their fourth-and-fifth-grade kids to see “Beanie Babies with giant penises on them”? The answer is any sane parent. When did it become trendy to take children to sex events? That’s not just my hysterical, socially conservative take, either—this is how the Washington Post columnist described her family experience in her article defending taking kids to “pride”:

Just as we got settled, our elementary-schooler pointed in the direction of oncoming floats, raising an eyebrow at a bare-chested man in dark sunglasses whose black suspenders clipped into a leather thong. The man paused to be spanked playfully by a partner with a flog. “What are they doing?” my curious kid asked as our toddler cheered them on. The pair was the first of a few dozen kinksters who danced down the street, laughing together as they twirled their whips and batons, some leading companions by leashes. At the time, my children were too young to understand the nuance of the situation, but I told them the truth: That these folks were members of our community celebrating who they are and what they like to do.

There is a word for adults who take children to event like this. That word is “abusive.” Exposing children to sexual acts and taking them to events where they will see exposed penises and pornographic fetishes acted out is vile and disgusting, and it is insane that we have to say so.

Jonathon Van Maren is a public speaker, writer, and pro-life activist. His commentary has been translated into more than eight languages and published widely online as well as print newspapers such as the Jewish Independent, the National Post, the Hamilton Spectator and others. He has received an award for combating anti-Semitism in print from the Jewish organization B’nai Brith. His commentary has been featured on CTV Primetime, Global News, EWTN, and the CBC as well as dozens of radio stations and news outlets in Canada and the United States.

He speaks on a wide variety of cultural topics across North America at universities, high schools, churches, and other functions. Some of these topics include abortion, pornography, the Sexual Revolution, and euthanasia. Jonathon holds a Bachelor of Arts Degree in history from Simon Fraser University, and is the communications director for the Canadian Centre for Bio-Ethical Reform.

Jonathon’s first book, The Culture War, was released in 2016.