The dam against nuclear energy is cracking 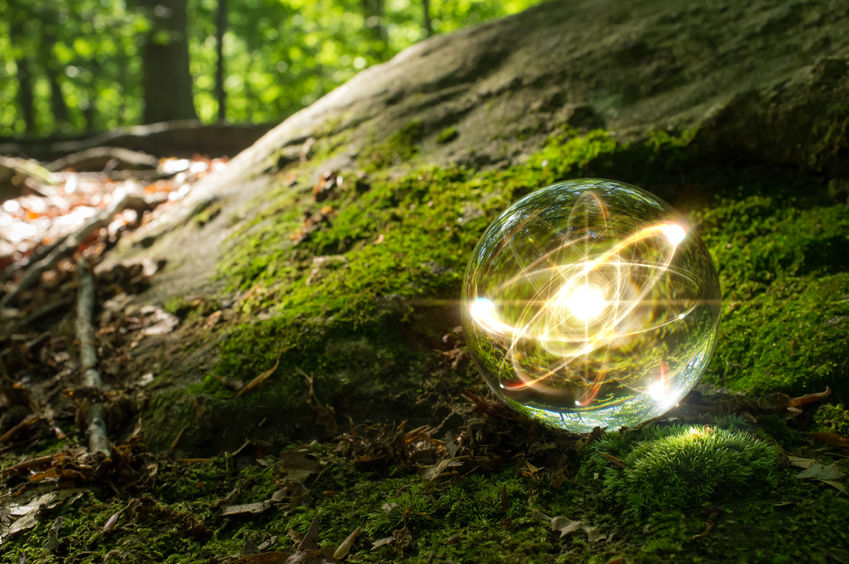 The dam against nuclear energy is cracking

Longtime anti-nuclear activist Harvey Wasserman got a lot more than he had bargained for in response to his latest diatribe, “Say No to Nuclear Power,” published—of all places—in The Progressive. The scornful comments, mostly (one presumes) from the rag’s leftist readers, provide further anecdotal evidence that the dam against nuclear energy is cracking.

Wasserman, celebrating the 40th anniversary of his tome, Killing Our Own: The Disaster of America’s Experience with Atomic Radiation, calls “absurd” the “fantasy” that atomic reactors “can somehow cool the planet.” But just as “Killing Our Own” was a “a tragic tale of a hypothetical danger become a health disaster,” Wasserman’s latest is a chock full of fantasies born out of his own imagination.

Wasserman decries industry claims that nuclear power plants are “uniformly safe, efficient and reliable, ready to hum for decades without meltdowns, blowups, or the constant emissions of heat, radiation, chemical pollution, and eco-devastation.” He claims that “the global reactor fleet is riddled with widely varied and increasingly dangerous defects.”

Harvey lambastes “atomic cultists, including Bill Gates,” for touting small modular reactors, calling them “unproven” and un-guardable against terrorists [as are dams]. He even claims that the tiny footprint of nuclear facilities “cannot beat renewables in safety, speed to build, climate impacts, price, or job creation.” [Yes, massive numbers of wind and solar farms would employ a few more people than a single nuclear plant, but one nuclear plant can power numerous industries and thus “create” huge numbers of jobs.]

One need not go beyond the “Comments” published in The Progressive to find serious rebuttals to Wasserman’s outdated screed. One commenter, under the heading, “At Least Tell the Truth,” cautions Wasserman not to use “foolish statements and innuendo like ‘cracking pressure vessels’ or ‘explosions.’ This is cherry picking at its worst, trying to discredit a technology that has generated terawatts of power without carbon emissions.”

Another, who admitted to “expecting to hear a nuanced take on the downsides of nuclear,” says he “gave up hope as soon as we got to ‘nuclear reactors are hot and therefore heat the planet.’ What a truly embarrassing take.”

A third commenter agreed, saying “I would guess that never before has so much innuendo, claptrap, and just plain fake news been written about nuclear power in a single article. Opinions and assertions are thrown out there willy-nilly with nary any substantiation whatsoever.”

Others were not so kind, noting that the primary emission from nuclear plants is water vapor and that “this is NOT a progressive writer, but one who has not been able to face the truth.” Yet another laughs at Wasserman’s claim that nuclear reactors cannot cool the planet because they operate at 570 degrees.

“This is all you need,” the commenter says, “to know how worthless this article is. With this logic, all we need to do is open our refrigerators to cool the planet, because refrigerators are cold, right?”

All this in The Progressive! OUCH!

Now for a more serious look at some developments.

Robert Bryce reports that Rolls-Royce now expects to gain regulatory approval from the British government by 2024 for its 470-megawatt small modular reactor (SMR) and expects to begin producing power for the British grid by 2029. This is especially good news, Bryce says, because the SMR will have a power density 10,000 times less land than a wind power project of equivalent energy output and 1,000 times less than for a solar project.

Power density, Bryce explains, is the measure of energy flow that can be harnessed from a given area, volume, or mass. The ultra-high power density of the SMR means that new nuclear plants will need far less land, steel, molybdenum, copper, concrete, and rare-earth metals.

Nuclear’ s high efficiency is 1,000 to 10,000 times more capable, Bryce says, of providing energy for computing, heating and air conditioning, transportation, and even cooking food. One nuclear plant, connected to cities via a power grid, can enable a country with virtually zero electricity to one with abundant power overnight (after construction, testing, and approval).

Bryce further points out that 331 different communities in the US alone have rejected or restricted giant wind farms that require vast tracts of land and “staggering” volumes of steel, concrete, copper, and rare-earth metals. Many other communities are rejecting big solar arrays that also require lots of land along with huge amounts of polysilicon, steel, and copper.

Meanwhile, the Arizona Department of Environmental Quality has approved an aquifer protection plan for the Pinyon Plain uranium mine, located in the Kaibab National Forest. The mine, which local tribes and anti-nuclear groups have long opposed, has been in planning stages since 1984, but operations were halted in 1992 after the uranium price dropped to just $6.40 a pound. But uranium today is priced at about $57 a pound.

Pinyon Plain got a boost in April, when the Biden Administration announced a $6 billion fund to support continued operations of US nuclear reactors—which need nuclear fuel. Yet (remember Uranium One?) the US continues to purchase uranium from—shudder—Russia. According to the most recent publicly available date, the Putin regime controls 40% of total uranium conversion infrastructure in the world and 46% of total uranium enrichment capacity.

Wasserman was in the news recently commenting on his great fear that that Russia would bomb the Ukrainian nuclear facilities and unleash the great horror across Europe and beyond. Despite some presumed close calls, that has yet to happen. But back in 2014, when the green warrior visited a Russian media giant, the Fukushima Commentary condemned his prevarications.

“Wasserman cherry-picks evidence, twists the out-of-context factoids, and uses his contrived ‘evidence’ to try and convince naïve minds that his paranoiac fantasies are real,” said the writer. He even alleged that the Fukushima nuclear incident in Japan caused half the nearby children to contract—and die from—thyroid cancer. While many children did have cancerous (and benign) thyroid growths, none of them died. In fact, doctors surgically removed all the thyroid growths, and all those children are now completely cancer free.

Wasserman, who has been lauded by National Public Radio (NPR), CNN, NBC’s Today, ABC’s Nightline, and other major media outlets as the anti-nuclear “Woodward and Bernstein,” remains a senior advisor to Greenpeace USA and the (so-called) Nuclear Information and Resource Service. The anti-nuclear lobby must still be a good cash cow.

Apparently, all of these giants believe with Wasserman that “the UN, IAEA and World Health Organization are all in on a monumental coverup of nuclear disasters and that he alone can be trusted to ‘tell the truth.’”

And it is this irresponsible journalism and advocacy that has held back true progress toward widespread adoption of the meltdown-free small modular reactors and other nuclear energy technologies that are safe and especially capable of powering entire nations.