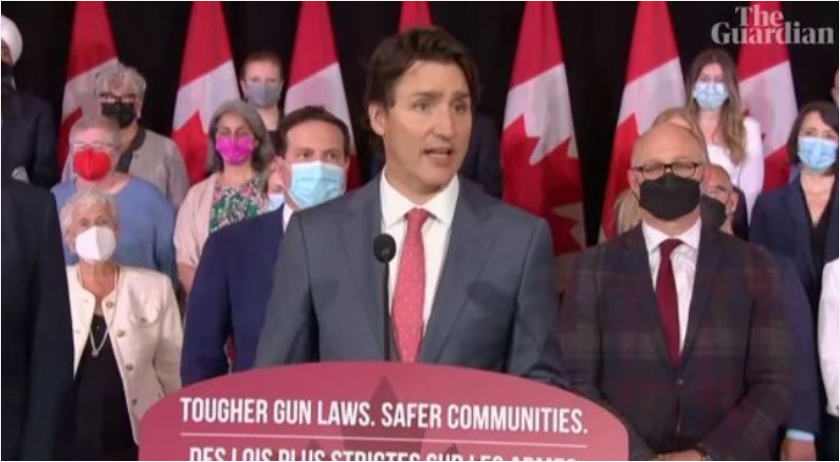 Up until Canadian Prime Minister Justin Trudeau turned the state security apparatus and even the country’s banking system against protesting truckers, if American thought of Canada at all they probably thought of it as being like America, only with funny accents and colder weather.

The crackdown on dissent, including arbitrary and capricious seizing of bank accounts and revocation of licenses and permits for disagreeing with the government showed that, while both countries have governments rooted in the Anglo-Saxon legal tradition and common law, the end result up north has been the establishment of a system where government acts to grant privileges to citizens rather than protect their God-given natural rights.

After the killings at Robb Elementary School in Uvalde, Texas Trudeau introduced new legislation that will put a national freeze on the ownership of handguns if it passes the Canadian parliament later this year. The country already has bans on more than 1,500 types of “assault-style” firearms.

“What this means is that it will no longer be possible to buy, sell, transfer or import handguns anywhere in Canada,” the prime minister said in announcing the next-level Canadian firearms ban.

The new legislation would aim to combat firearms smuggling and trafficking “by increasing maximum criminal penalties and providing more tools for law enforcement to investigate firearm crimes,” according to reporting by Newsweek’s Darragh Roche.

Banning handguns after a deranged psycho shoots-up a school with a rifle is a little like giving away your cat after your dog pees on the carpet, but Trudeau can get away with it because Canada has no written enforceable Constitution that protects the natural right to keep and bear arms.

Fortunately, the American founding was different, and rather than granting privileges our government (theoretically at least) exists to protect the rights of citizens, including the natural rights of freedom of expression and the right to keep and bear arms.

But that hasn’t stopped Democrats from trying to emulate Trudeau.

Democrats have, as of today, proposed a package of eight bills to undermine the right to keep and bear arms that could be heard as early as Thursday (June 2, 2022) in the House Judiciary Committee.

Breitbart’s Wendell Husebø reports that included in the massive gun control package are provisions to ban high-capacity magazines, increase the purchase age of semi-automatics from 18 to 21, ban bump stocks for civilian use while requiring existing bump stocks to be registered with the government, change the definition of “ghost guns” so they fall under background checks at point of sale, increase penalties for gun trafficking, and mandate how Americans store firearms in their homes.

It is pretty much a given that House Democrats have the votes to pass the bills out of the House, but their ultimate defeat in the Senate requires at least 41 Republicans to vote NO when Democrats attempt to break the promised filibuster.

Representative Thomas Massie of Kentucky’s 4th district tweeted: “The dystopian future Trudeau is manifesting in Canada is coming to America if U.S. citizens don’t get involved.”

Rep. Massie is right, and the first thing you can do to get involved is to call your Senators and Representative (1-866-220-0044) and politely but firmly tell them you demand they vote NO on the Democrats’ unconstitutional gun bans and gun confiscation schemes.

CHQ Editor George Rasley is a certified rifle and pistol instructor, a Glock ® certified pistol armorer and a veteran of over 300 political campaigns, including every Republican presidential campaign from 1976 to 2008. He served as lead advance representative for Governor Sarah Palin in 2008 and has served as a staff member, consultant, or advance representative for some of America’s most recognized conservative Republican political figures, including President Ronald Reagan and Jack Kemp. A member of American MENSA, he served in policy and communications positions on the House and Senate staff, and during the George H.W. Bush administration he served on the White House staff of Vice President Dan Quayle.