BlackRock Is Planning to Buy Up the American Dream 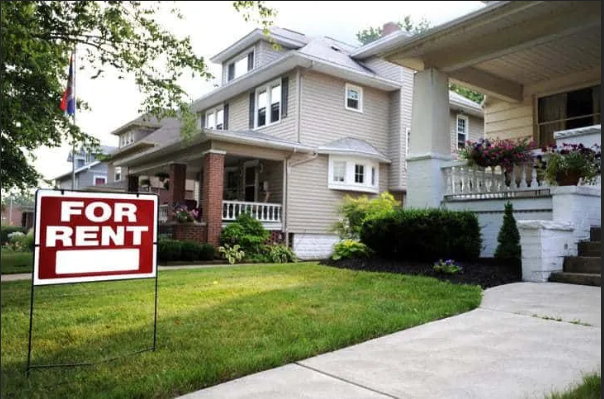 Home For Rent Sign in Front of Beautiful American Home

BlackRock Is Planning to Buy Up the American Dream

BlackRock is buying up the country’s single family home inventory. Between that effort, pro-socialist ads and pieces like this one from Time Magazine that pushes renting for life, you will own nothing. Elites plan to buy up the American Dream of home ownership.

BLACKROCK IS BUYING EVERY SINGLE FAMILY HOUSE THEY CAN FIND, PAYING 20-50% ABOVE ASKING PRICE AND OUTBIDDING NORMAL HOME BUYERS. WHY ARE CORPORATIONS, PENSION FUNDS AND PROPERTY INVESTMENT GROUPS BUYING…HTTPS://T.CO/UTAGTOQQGI

Younger generations are less likely to own a home since they spend as much as 30% of their income on rent as median housing prices have increased 28%. This isn’t all happenstance, as The Wall Street Journal reports.

BlackRock is buying up single family homes at warp speed.

“In the first quarter of 2021, 15% of U.S. homes sold were purchased by corporate investors — not families looking to achieve their American dream. While they’re competing with middle-class Americans for the homes, the average American has virtually no chance of winning a home over an investment firm, which may pay 20% to 50% over asking price, in cash, sometimes scooping up entire neighborhoods at once so they can turn them into rentals.”

They plan to own the American Dream as part of their global one world order. You won’t own anything but the elites will own everything.

BlackRock, along with Vanguard and State Street are also driving up inflation and depressing fossil fuels, in part, thanks to their ESG movement.

THE ESG MOVEMENT—LED BY FIRMS LIKE @BLACKROCK— HELPED DRIVE ENERGY PRICES TO A RECORD HIGH, ENABLED PUTIN, AND HARMED AMERICANS. AND THIS COLLUSIVE BEHAVIOR IS ALMOST CERTAINLY ILLEGAL.

THE FIRMS PROFITING FROM THE ESG SCAM SHOULD TREAD CAREFULLY.

It’s not just homes they plan to control.

THE END OF ENERGY FREE TRADE

The Wall Street Journal posted an article today titled, “The End of Energy Free Trade”. The author, the WSJ’s energy editor said that the freedom of oil and gas moving throughout the world is coming to an end with the Russian invasion of Ukraine. The market will be influenced by geopolitical rivalries as much as supply and demand, the author states.

The article points to Putin as the cause, but he isn’t at fault alone. It is the West and Team Biden who decided to weaponize the monetary system and the oil and gas industry with so-called sanctions. It aligns with their anti-fossil fuel goals. They now insist only alternative energy can free us.

The globalist elites are making oil and gas less efficient and less affordable. They think they will destroy Russia, but, it’s more likely Asia will lead the world into the future with China at the head. Team Biden has helped this come about. Everything he does helps China.

The article points to the West never trusting Russia again, but that works both ways. Russian won’t trust the West again.

Statist New Zealand Prime Minister Jacinda Ardern was caught visiting BlackRock during her visit to the US. BlackRock controls $10 Trillion in index funds. Far-left government leaders like Ardern’s are in bed with asset managers BlackRock, Vanguard, and State Street. These funds represent an existential threat to our way of life.

New Zealand, Canada, Australia, UK, and the US seem somewhat subservient to them.

How can I say this without sounding like I’m in tin-foil hat territory? The America you know is likely never coming back. 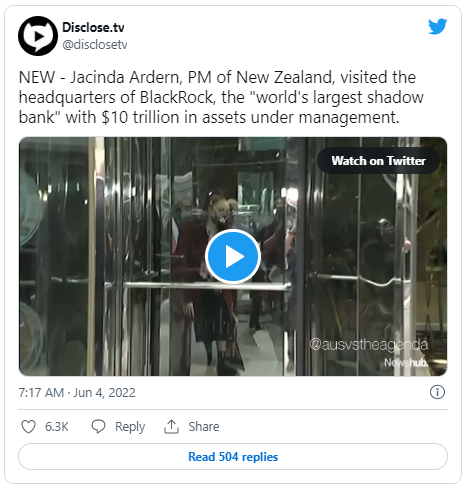