The lies continue on Fox News about ‘2000 Mules’ 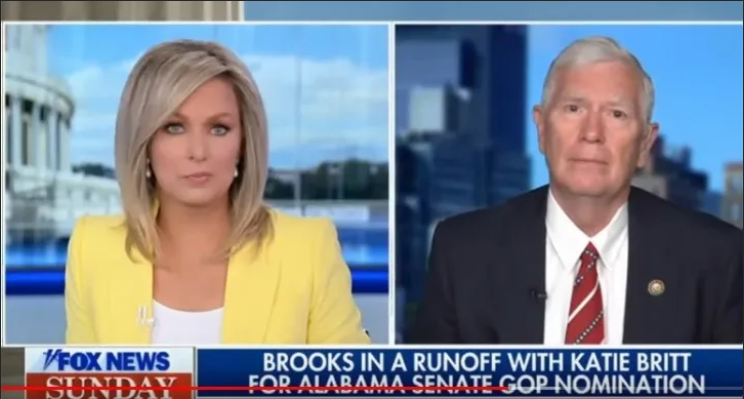 The lies continue on Fox News about ‘2000 Mules’

The title “2000 Mules” was finally uttered on Fox News the other day.

No, it wasn’t spoken by any anchor. It was unintentional. It was bravely mentioned by a guest on a program. The film is being censored by Fox.

“2000 Mules” is the spectacular film produced by Dinesh D’Sousa with the help of True the Vote to call out the rampant election fraud in 2020 – presenting irrefutable evidence.

The guest was Rep. Mo Brooks, R-Ala., who had his endorsement for a U.S. Senate race in Alabama rescinded by Donald Trump. Not one anchor on Fox has uttered the name of the film since it was released on May 2. It’s a scandal!

See this breathtaking interview before it is deleted by Fox:

How did this happen?

It was in an ambush interview conducted by Sandra Smith of “Fox News Sunday.”

When Brooks pressed his claims of voter fraud and pushed for tighter election laws, guest host Smith countered that there had been “no evidence or proof provided” to show that the 2020 election was stolen from former President Trump.

That’s when the interview got testy.

“That’s wrong. I don’t know why you people in the media keep saying that, but it’s false,” said Brooks. “It’s absolutely false. You keep saying it every time, but it’s false. You had 150 senators and congressmen that disagree with you on what you just said. So what are you calling them? What are you calling them when 150 Republican senators and congressmen that looked at the voter fraud issues and said there were major problems? What are you calling the Commission on Election Reform, a bipartisan committee with Jimmy Carter on the one hand and James Baker – Ronald Reagan’s White House chief of staff on the other – back in 2005 who analyzed the systemic weaknesses, the systemic flaws in our election system and warned us that elections are going to be stolen if we don’t fix these problems? And those problems were not fixed. So I don’t know who’s telling you that there’s no evidence, but you’re not doing your homework. I’m sorry, but that’s the way it is.”

Then Smith brought up the courts and the judges.

Smith tried again to no avail.

“Look at the judge’s opinion in Pennsylvania where over 2 million illegal votes were cast,” Brooks said. “That was their court order. Look at the special investigation of a Wisconsin former Supreme Court justice who found significant voter fraud in nursing homes. …”

And then Brooks dropped the bomb on Fox News.

He spilled it – the first mention of the documentary on Fox.

Smith said it has been debunked by Reuters – by REUTERS! And for that Fox has never uttered the film’s name.

Yet Brooks was not finished.

“I’m sorry, but other fact checkers are looking at it and find you’re absolutely wrong, Sandra.”

Sandra Smith is a disgrace.

I will not watch her ever again – at least not until she apologizes for her behavior on the election of 2020.

As for Mo Brooks, he was great. It was one of the best interviews I’ve seen on TV lately.

He disagrees with President Trump, yet he remains passionate that the election was stolen.

Brooks will be facing off against Katie Britt in a runoff election on June 21, after Britt took home 44.8% of the vote, compared to Brooks’ 29.1%.

And it will prevail.

Despite what Smith said about it:

“That has been looked at and fact-checked by multiple outlets, including Reuters, who have debunked that as any sort of proof that there was widespread voter fraud.”