THE BIGGEST CON THE WORLD HAS EVER SEEN 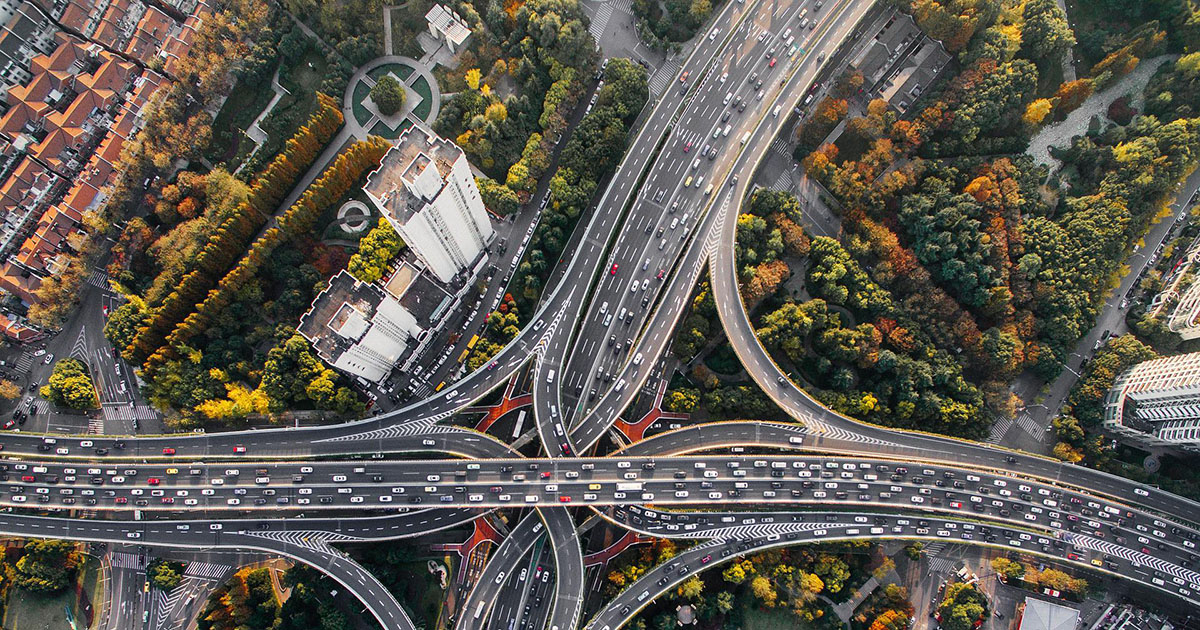 THE BIGGEST CON THE WORLD HAS EVER SEEN

We are at a crucial point right now. I want to say we are at a turning point, but instead, we are approaching the point of no return. For over a century we have been going down the “Fabian Freeway”[1]. The Great Reset, with its concomitant tools of pandemics, scheme of turning over sovereignty to the genuinely evil World Health Organization (WHO), Artificial Intelligence (which stands for artifice intelligence), and dealing with us “useless eaters” along with a plethora of other dastardly deeds, is now driving this.

The Big Con – Agenda 21 (millennial goals, Agenda 2030, Green New Deal, and numerous other re-names) and the Great Reset together truly make up the most monstrous scheme perpetrated in the world – and it’s on the whole world. And we have watched it being designed and executed and we did nothing much to stop it. Those foisting this abomination on humanity have always told us what they were about to do. Few of us were paying attention, but those who were, were highyl vocal, trying to wake up, not only the “silent majority”, but anyone with ears willing to hear.

Well before our time, people were exposing the plan to control the entire world like Jo Hindman, [2] Yuri Bezmenov, [3] Rose L. Martin author of Fabian Freeway, Edward Cox and the Reece Committee, and even those who were “for” the New World Order (NWO) such as Carroll Quigley in his book Tragedy and Hope, the Council on Foreign Relations and the vested foundations via their published papers. Then there’s H.G. Wells and Aldous Huxley. But it was all too unfathomable to most, so they ignored the signs and even, the blatant writing on the wall via mainstream media. But it is there, all spelled out for even the most superficial reader. For information about the past 100 years of the destruction of America and Christianity, you can go to the American Policy Center website. [4] My focus is on tools of the asymmetric warfare going on right now while most are watching media and unaware of how close they are to being slaves.

The Big Con encompasses, among other things, the molding of education into an indoctrination machine that not only changes our children’s attitudes, values, and beliefs, but also selects those who will be allowed to function in the New World Order as useful idiots for the power elite or slaves. The leftovers will be all the useless eaters who will be done away with – one way or another; in the meantime, they will be drudges.

You don’t have to take my word for it; here is Yuri Harari, futurist and lead advisor to Klaus Schwab, spelling it out (long but eye-opening):

Again, I think the biggest question in maybe in economics and politics of the coming decades will be what to do with all these useless people?

The problem is more boredom and how what to do with them and how will they find some sense of meaning in life, when they are basically meaningless, worthless?

You look at Japan today, Japan is maybe 20 years ahead of the world in everything. And you see all these new social phenomena of people having relationships with virtual; virtual spouses and you have people who never leave the house and just live through computers.

I think once you’re superfluous, you don’t have power.

Again, we are used to the Age of the Masses, of the 19th and 20th centuries…We saw all these successful massive uprisings; revolutions, revolts. So we got used to thinking about the masses as powerful. But this is basically a 19th century and 20th century phenomenon.

I don’t think that the masses, even if they somehow organize themselves stand much of a chance. We are not in Russia of 1917 or in 19th century Europe.

We are basically learning to produce bodies and minds. Bodies and minds are going to visit, I think the two main products of the next wave of all these changes.

That is optional. Again, and if you think about it from the viewpoint of the poor, it looks terrible, because throughout history, death was the great equalizer. The big consolation of the poor throughout history was that, “OK, these rich people they have it good but they’re going to die, just like me.”

But think about the world, say in 50 years, 100 years, where the poor people continue to die but the rich people, in addition to all the other things they get, they also get an exemption from death.

Once you really solve a problem like direct brain-computer interface; when brains and computers can interact directly; for example – to take just one example – that’s it, that’s the end of history; that’s the end of biology, as we know it. Nobody has a clue when what will happen once you solve this.

If life can basically break out of the organic realm into the vastness of the inorganic realm, you cannot even begin to imagine what the consequences will be, because your imagination at present is organic.

It is the new attitude, I think is to treat old age and death as technical problems, no different, in essence than any other disease. It’s like cancer, it’s like Alzheimer’s, it’s like tuberculosis.

Maybe we still don’t know all the mechanisms and all the remedies but in principle, people always die for one reason and one reason only – and these are technical reasons, not metaphysical reasons.

In the most advanced societies, many people live as alienated individuals with no community to speak about, with a very small family. It’s no longer the big, extended family, it’s now a very small family; maybe just a spouse; maybe one or two children – and even they might live in a different city, in a different country – and you see them, maybe once in every few months and that’s it.

The most interesting place today in the world in religious terms is Silicon Valley. It’s not the Middle East. This is where the new religions are being created now by people like Ray Kurtzweil and this these are the religions that will take over the world.[5]

He didn’t dream this up; earlier futurists did. He just put it out there in plain speak so you can’t say it’s nuanced or we misheard it. It is all in the Feasibility Study: Behavioral Science Teacher Education Program (BSTEP), Final Report. It is 457 pages long. The study was developed in 1968 by Michigan State University at the behest of the Department of Health, Education and Welfare for comprehensive elementary teacher education models. It defines exactly how planners and planning will replace entrepreneurs, doers, and other self-motivated people. BSTEP even told us that planners would run the world; first, the globalists decide the future they would like to see in 40 years (remember the “visioning” sessions when they were leading consensus meetings in your counties and cities?). Long ago, they conceived how to control us, and then they use planning to bring it to fruition – starting in elementary school with BSTEP. There is to be no individualism, national or personal sovereignty, or free-thinking in the now very near future – thanks to John Dewey, the Frankfurt School, Brock Chisholm – the first director of WHO, and many U.S. presidents starting with Wilson.

The BSTEP program shows the connection between futurists, planners, and the education system:

There is little doubt that environments do change. To recognize present and future environments one must know the sources of change which create a new environment. Technology is the major source of change. It opens up possibilities of manipulating, mastering and transforming nature, resources, time, and space. It offers a systematic disciplined approach to objectives, permits precision and measurement and a systems concept that may be quite contrary to traditional religious, esthetic and intuitive modes. Because of technology, decision-making can be based on such techniques as simulation, model construction, linear programming, and operations research. But other sources of change in society exist. These include the diffusion of existing goals and privileges in society, the structural development in society, and the relationship of the United States to the rest of the world. Human capital rather than financial capital is considered urgent; sociological questions about relationships of new technological modes of decision-making to the political structures of society are raised; and there tends to be a shift from the product sector of economy to that of service. Also, the cannon of the Occident replaced by the cannon of the globe. Our image of man is ceasing to assume tacitly that the white man is made peculiarly in the likeness of God.

.. ;. If we admit that the image of the future can be effectively introduced as the most efficient link in the chain of causability, if we admit that our image of the future is in any way and to any extent our own choice and responsibility, then we have a way of reconciling our belief in determinism and our belief in freedom. Without a doubt, we have a challenge. As we accept the future world, as we frame questions about the society and plan the future, we consciously or unconsciously inject our own values into our answers, values that may be old or new and placed in hierarchial fashion or in a spectrum.

A typical futurist’s reports reveal that in the future there will be: huge population increases, increases in the size of dependent populations; more protests; worsening race relations; more mass violence; a larger generation gap; more air pollution; more drugs; famines that will kill half a billion people in one year; massive air invasions; career training will not keep up with career roles; essential information about public policy will become secretive and most people not to be able to participate in government; and so on.

The World of 2100 (conceivable – not predictions) Population: 8 billion Chemical control of aging process may be achieved, raising a person’s life expectancy to over 100 years. … Man-medicine symbiosis may permit a person to raise his intelligence by brain tie-in with computers…, completely automated highway transportation, etc. Adequate provision of life necessities for all people of the earth by international agreements may be a reality (ed note: Universal Basic Income). …. A permanent lunar colony may be established with regularly scheduled commercial traffic between the earth and the moon.

For those who wish some structure, the following is provided. There are five broad categories with several sub-categories: (I am showing just a small part, ed.)

Yes, that was 54 years ago, but it told us is exactly what would be going on today.

We can turn this around, but we must eliminate every vestige of the Marxian evil. We can take America back – one town, city, county, state at a time. All we need is awake, aware, and willing to be active patriots who care about the world they, their children, and their grandchildren will be living in.

Slavery or Liberty. It’s your choice.