Canada’s Crackdown on Guns Sounds a Warning for Us 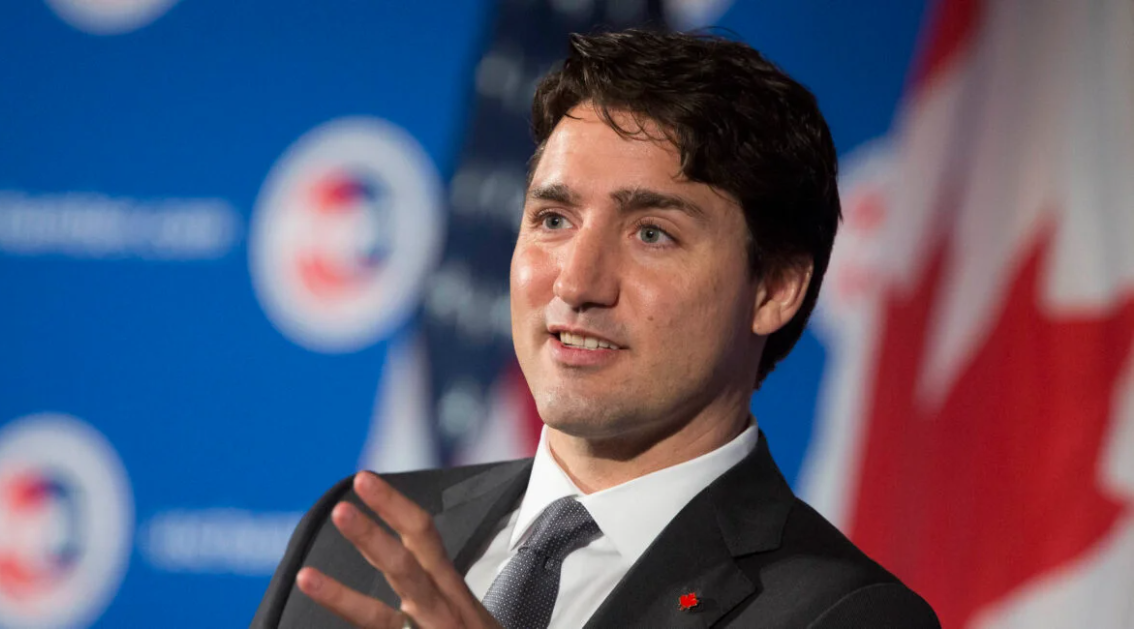 Canada’s Crackdown on Guns Sounds a Warning for Us

“Other than using firearms for sport shooting and hunting, there is no reason anyone in Canada should need guns in their everyday lives.”

That’s what Canadian Prime Minister Justin Trudeau said at a press conference Monday when announcing a proposed law that would ban the sale of handguns in his country. The move followed the horrific shooting at an Uvalde, Texas, elementary school that left 19 children and two teachers dead.

Is the right to bear arms really about hunting and sport? Is it a quirk of the American system and nothing more?

The Canadian measure, if passed, would prevent the importing, buying, or selling of handguns, with only a few exceptions. The Canadian government also announced it will begin a mandatory buyback of “assault-style weapons” by the end of the year.

How quickly “commonsense” gun control in Canada has progressed from restricting the sale of “assault-style” weapons in 2020 to confiscations and a proposed prohibition on the sale of handguns in 2022.

It’s clear that many Western leaders are using societal crises to justify trampling on the rights of their citizens. What’s at stake is something deeper about how society and governments should be ordered.

In Canada, Trudeau said, there is effectively no right to own a gun. Firearms are only for sport, he said, a privilege.

And now the government is using the shooting in Texas to take that privilege away, to disarm the populace entirely.

The Trudeau administration drew a sharp distinction between the ethos of Canadian government and that of the United States.

“In Canada, gun ownership is a privilege, not a right,” said Bill Blair, Canada’s minister of emergency preparedness, before referring to the U.S.:

This is a principle that differentiates ourselves from many other countries in the world, notably our colleagues and friends to the south. In Canada, guns are only intended to be used for hunting and sport purposes.

This may be true as a matter of positive law. Canada has gone much further in banning guns than has the United States. Gun confiscation isn’t far off. It’s the logical conclusion of the idea that all deaths attributable to guns are preventable, and any law or right preventing it is illegitimate.

But the notion that firearm ownership is a “privilege and not a right” for Canadians, as opposed to Americans, is incorrect. It is a right, just not one protected by the Canadian government. That’s an important distinction.

The purpose of the Bill of Rights as an addition to the Constitution wasn’t to create rights at all. Instead, these 10 amendments were intended as an additional, explicit layer of protection—a set of boundaries—around rights that were known to exist.

The Ninth Amendment clarifies this by stating that the enumeration of rights in the Constitution is not intended to suggest that any other right is subject to be taken away by the government on a whim.

“The enumeration in the Constitution, of certain rights, shall not be construed to deny or disparage others retained by the people,” the amendment reads.

In other words, the Framers created the Bill of Rights to make additional guarantees for rights that exist whether or not there was a government. If a right wasn’t enumerated in the Constitution, that doesn’t mean it doesn’t exist and shouldn’t be protected.

The Bill of Rights proved to be a hotly contested issue among the Founding Fathers. Some insisted the 10 amendments were necessary, and some believed they would be detrimental.

The structure of the new government, detractors argued, would be the better guarantee of rights than an enumerated list.

Regardless, few would have denied that certain unalienable rights existed.

The Second Amendment protects an individual’s right to protect himself and the larger community. In addition, it was created to ensure that the federal government wouldn’t have the ability to disarm citizens en masse.

Without private firearm ownership, the United States as we know it today wouldn’t have existed.

The trajectory of the Canadian government is quite like what we’ve seen in Australia in recent years, especially during the COVID-19 pandemic. Officials seek to implement mass gun control alongside other vast curtailments of liberty.

In addition to trampling the right to bear arms, look at how quick the Canadian government is to step on other liberties as well. Freedom of speech has been under assault in that country for years. “Unacceptable” views are quickly being defined as anything not approved of by the ruling elite.

Don’t worry, they’ll fight for your right to speak and protest—as long as they agree with you.

Officials will dole out freedom selectively to the “deserving” few, and the people will become accustomed to the arrangement.

Private businesses and civil society will go along with the government because they are afraid to defy the powers that be.

Is that the world we want to live in?

America’s Founders opposed that arrangement. This doesn’t mean what happened in Canada can’t happen here. Our leaders shouldn’t be counted on to be any wiser.

Remember, the same people who wanted to “defund the police”—leading to the largest violent crime spike in American history—also want to disarm you.

If anything, what’s going on up north is a warning. Our Constitution remains a stumbling block to tyranny, although our institutions increasingly aren’t.

But it’s still ultimately up to us whether we stand by the political legacy of 1776 or go down the authoritarian path of our neighbors.