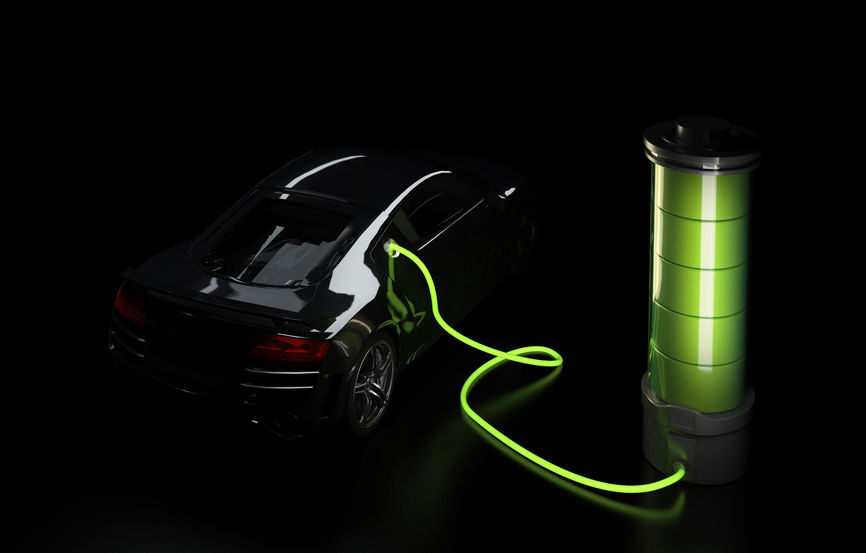 While some are certain of the inevitability of the impending demise of the internal combustion engine (ICE), others are far less certain. Cristian Agapie points to market pressures due to increased demand for electric vehicles have raised prices and operating costs as well. Another writer calls out electric vehicles, even Teslas, as just boring to drive. One thing for certain: hardly anyone will be able to enjoy the camaraderie and thrill of working on these vehicles.

Meanwhile, even General Motors, which like most other automobile manufacturers, has pledged to end its production of ICE vehicles, has also patented what it calls “multilink cranktrains with combined eccentric shaft and camshaft drive system for internal combustion engines.” This innovative design is likely similar to Nissan’s variable compression engine already available in its luxury Infiniti QX50 SUV.

The GM system, invented by Michigan-based senior engineer Andrew G. Balding, is designed to provide variable compression ratios that provide high power output when needed and high efficiency otherwise. Balding, who was just promoted, had been working at GM for the past six years on advanced powertrain designs but a lot longer in the field.

The patent describes a system that incorporates a multipoint linkage that engages the piston to the crankshaft and rotates on a secondary axis that is offset from the first axis between the crankshaft and the engine block. This enables a variable volume above the piston head at top dead center in the stroke and switching on the fly to produce more power under heavy load or greater efficiency while cruising. The result is greater fuel efficiency without sacrificing power.

The system is compatible with GM’s overhead valve (pushrod) engines that drive the automaker’s pickups and SUVs. Widespread adoption of variable compression ratio engine technologies could ensure that ICE engines remain competitive and available to especially rural and business drivers. That is, unless irrational mandated or even voluntary deadlines for abandoning the engine that transformed the world can be enforced against an unwilling public.

Rural and freedom-loving Americans are quite aware that globalist policies are deadly to outdoor lifestyles, but the majority of America’s urban youth have been brainwashed to believe that the ICE vehicle is a murderous killer of humanity and the environment. Activist-fearing “Detroit” (an archaic term, to be sure) is already at work dismantling ICE assembly lines in favor of vehicles that ordinary people will never be able to tinker with.

The electric vehicle is, in this writer’s opinion, a death machine. Not because a few EVs have spontaneously caught on fire, sometimes locking a driver in the vehicle. Not even because EV batteries can pose problems for those responding to a vehicle crash. Nor need we discuss other foibles – like the year-long backlogs for new EVs largely due to supply chain issues for semiconductors and the short supply of lithium for batteries, both of which could be short lived.

No. The era of the mandatory electric vehicle marks the end of human freedom on the American highway, truly the end of human freedom – PERIOD. And not just the EV, but the EV culture, which is part of the “virtual” revolution in which people can act out roles online that do not translate easily to the physical world. For example, most “driving” done by pre-teens through twenty-somethings is done via video gaming. These virtual unreality games often focus on killing, almost never on, say, gardening, ranching, farming, forest management, electrical line work, water and sewer system construction, or other physical world jobs.

This massive disconnect with the physical world is what enables the green fantasies to gain traction with the naïve who only know what the censors approve – unless they have family or friends who do live in the “real” world and invite them to share in those experiences.

All too often today’s “education” consists of sloganeering and rote instruction that discourages real investigation and demonizes physical work. [Two plus two only equals five in a virtual unreality.] The massive shortfalls in trade industries are at least anecdotal evidence of the near-complete condemnation of those who work in the physical world as evil or worthless or something to be done by “others.”

The elites brazenly fly to meetings where they openly plan the demise of the middle class, even all private property not already under their own control. They have invested seemingly trillions in convincing people to give up their freedoms to serve “the common interest,” otherwise known as the interests of the elites. But people should realize that mandated “renewable” energy is a Trojan horse inexorably linked to ending private ownership of transportation, housing, and just about everything else.

Under plans designed by World Economic Forum (WEF) types, once the “transition” is complete, drivers will no longer be able to choose from among dozens of independent or corporate gasoline providers. Instead, they will buy their electricity from monopoly governments or their crony-controlled franchises. That means that politics, not the market, will determine the price of a recharge. And governments always seem to find ways to give us less for more.

More to the point, energy shortfalls imply electricity rationing (which already exists in China and elsewhere). In the coming age of scarcity, it is quite conceivable (given the thrill that China’s social credit policy gives the WEF crowd) that only “good Panem-ers” will be allowed to charge their vehicles. Dissidents (we see this already in today’s political rhetoric) will be denied even essential services.

Even what is deemed “essential” will (as it was during the COVID lockdowns) will be determined by governments – and today’s governments only reward their friends. Rest assured, in every power outage “emergency,” government vehicles – and those of favored elites — will be first in line for recharging. The rest of us will be left high and dry – and, in summer, sweaty.

Rural drivers know full well they will pay more and have fewer options, just as they do for cable and broadband. They see this in the glee that President Biden and his cabinet members express as gasoline and diesel prices escalate (according to plan). And every time there is a power outage – and with no natural gas, coal, or even oil to burn, these will happen frequently (they already are in some places) – they will be unable to deliver produce and other goods to urban markets.

City folk will be the secondary victims – and they have no clue this is even a possibility — because dissent is verboten.

Meanwhile, there are reports that electric grid operators are warning that California and some midwestern states face energy shortages again this summer. Hot, dry weather and careless smokers lead to wildfires that soak up water supplies and force blackouts that can last for days. EV drivers cannot recharge without electricity and may even be trapped because of power failures. Who knows? Maybe the perpetrators of this fraud will find they overplayed their hand.

There may be still time to stop the theft of freedom posed by the EV culture, but only if people awaken to realize that “wokism” is designed to put you to sleep. And then act accordingly.