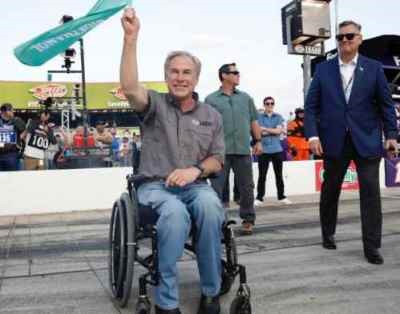 WOKE NASCAR is very sorry they let the Texas Governor wave the green flag at the open. He’s not welcoming, or inclusive enough, apparently. A high-level politician in a red state isn’t allowed to wave the green flag? Grow up whiners.

Most NASCAR fans don’t agree with this, but the suits like it. Boycotts are not American, but let the letter writing begin! If that doesn’t work, turn NASCAR off. Something has to change. We can’t kowtow to anti-freedom mandates.

This is divisive nonsense. It also spoils everyone’s fun. Just say no to the demands of the government-mandate LGBTQ+Pride month. Believe as you wish, but the great dividers need to play nice.

The LGBT advocates forget what they were fighting for and now they just do crazy. 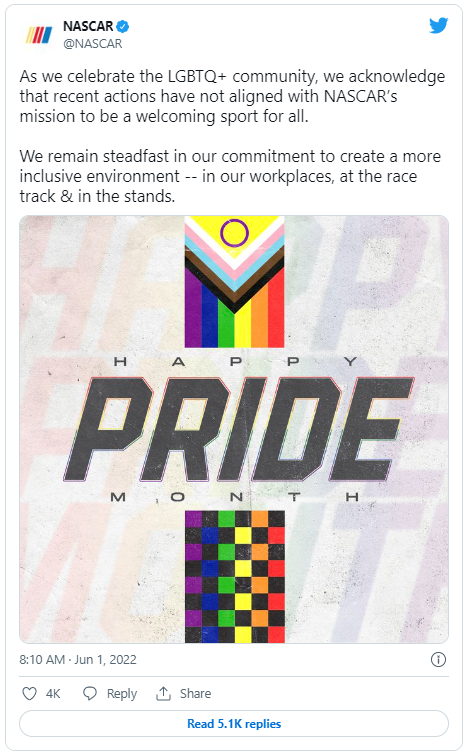 Remember the Bubba Wallace hoax. These NASCAR executives are way over the line.

We should all be free to believe what we want to believe, shouldn’t we? Our beliefs shouldn’t cancel us. Not everyone should be made to believe in ‘Boeing 737’ gender like the girl in the photo below. However, if she wants to believe this, who cares? Her family should probably care, but that’s their business. 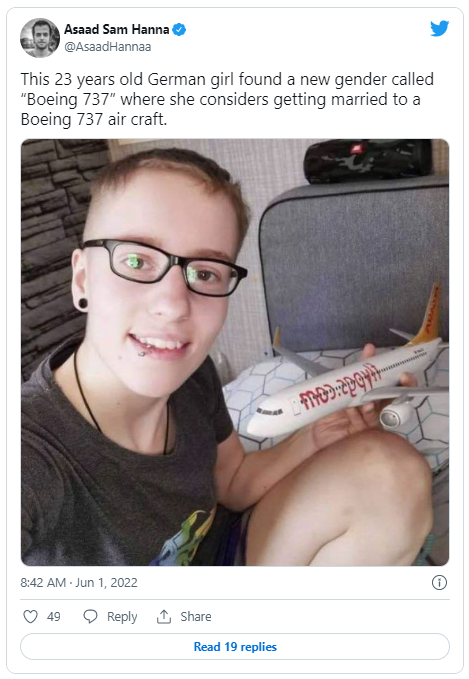